Project Calliope
In the golden age of science fiction (1930s-1950s), a typical protagonist was a square-jawed working stiff, perhaps a bureaucrat or a cop, who stumbled into a strange mystery that defied conventional explanation.

Who would that bloke call up, but his friendly local scientist!  Inevitably, this would be an affable professor affiliated with a small, sleepy suburban teaching college.  Despite the low profile of the school, this professor was a multi-discipline expert, particularly in matters involving space, technology, and futurism.

The scientist's lab was always in his basement.  Never on campus, though there might be some advanced equipment at the college he (and it was always a 'he') could borrow.  The bulk of his experimentation was, however, carried out in his trusty home laboratory.

Oh, and I almost forgot.  Said professor would write monographs, with a fair degree of reknown.  Not papers or journal articles or books, but monographs.

Also, for some reason, the scientist was always married, and his wife would often serve cucumber sandwiches or the like while the two men dealt with the fate of the planet.  Mmmm, sandwiches.

I bring this up because I am a bit retro in my ways, and wish for any stalwart protagonists to know that I and my home laboratory are indeed available for world-saving mad science, for the good of humanity.  Should we need additional equipment, we can stop by the small, sleepy college.  Should we wish to remain at my house, sandwiches will be provided. 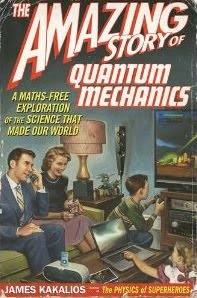 Launching Project Calliope, sponsored by Science 2.0, in 2011-2012
News every Tuesday at The Satellite Diaries, every Friday at the Daytime Astronomer
Satellite Diaries
More Articles All Articles
About