Hank Campbell
There was a time a few years ago when the music industry was in the doldrums.   They blamed MP3 piracy, though it made no sense unless you were the kind of person who believes 'jobs saved or created' is also a valid metric for beneficial impact of government stimulus plans - basically, claiming that every pirated piece of music was a lost sale was unrealistically hopeful.   Most pirates may download something, but they weren't going to buy it anyway.

Yet capitalism began to reshape the music industry even when they couldn't figure out how themselves.  iTunes made it elegant for people to buy songs, and so they did, and now capitalism is at work in the music itself.

I confess I had never heard a Lady Gaga song before we published a somewhat sketchy article on "The Science of Dancing" - precisely because the methodology was so suspect.  It made for fun stuff to talk about.  Included was video of a good dancer and a bad dancer and those got popular on YouTube, so a person there mapped the dancer to a Lady Gaga song, "Bad Romance".   It was downright hypnotic with music attached so maybe there is something to this Gaga phenomenon after all.


Lady Gaga is music capitalism personified.  She ignored the current hierarchy, did her own thing in defiance of what was popular at the moment, and even created an entire mythology about herself, such as learning to play the piano before Kindergarten and being a girl from the streets rather than going to the same private school Paris Hilton attended - but none of that matters.  What she proved is that she can save an industry people say is dying - 8 million albums sold.   It shows a well-financed label with its marketing machine still matters, even in an age of YouTube and people throwing up music for free.   And that may work for science media too, which is in its own doldrums due to free content, some of which is not very good.

Like Lady Gaga, science should stop worrying what anyone thinks of her, it should only be important that people are thinking of her.  David Bowie, Madonna, she is a Frankenstein monster of them plus Prince and you name it - and science media could become that also; features, blogging, social media, etc. without worrying about a dying business model.

But the music industry needed outsiders to envision a bold new future and a Lady Gaga to implement it - Science 2.0 has already done an end-run around the science media hierarchy and here is a 5-step plan to help you in becoming its Lady Gaga.

5 ways to be the Lady Gaga of Science Media

1. Have a plan.     You don't show up late to a NY Mets baseball game wearing a bra and high heels and then flip off photographers while screaming you want to be left alone unless you have impeccable planning and a tireless work ethic. 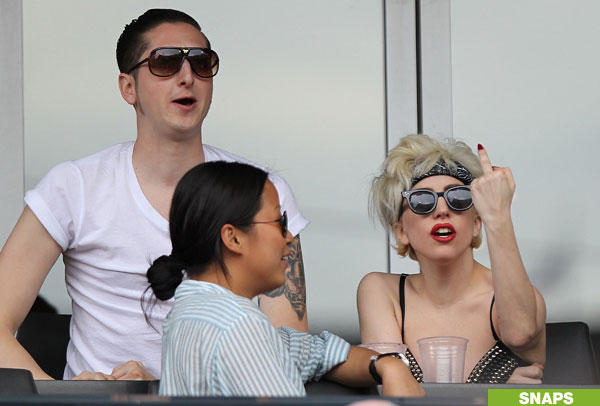 Lady Gaga is on all of the time.   Obviously not everyone wants to be the Lady Gaga of science, they are cool with 100 readers a day.  If so, I hope you stopped reading 80 words ago.

2.  Work hard.   Lady Gaga looks like an overnight sensation but she did a lot of work to get where she is.    Her preparation to go on stage, strange outfits and hair included, takes weeks because she knows exactly how it needs to go.   It isn't for the faint of heart or the casual.   The most prominent writers have an entire company promoting their work so, unless you have that, you need to do it yourself.    That means getting out into the audience, and not just a few friends.    No one works harder at promotion than Bad Astronomer Phil Plait.

3. Get to know your audience.   As I said above, it doesn't matter what people are saying, as long as they are talking about you.    Scienceblogs writer P.Z. Myers doesn't mind being hated by some people.  Like Lady Gaga, he likes the attention and seeks it.    There is this goofy notion that you can just throw up decent content and you will become popular.  There are 170 million blogs out there and every magazine has a website too.  True success, and if you don't care about that you stopped reading long ago, is unlikely to happen without you getting out in the world.  I don't mean other writers, they are mostly not reading you even if they promote you, I mean get into big social media - Reddit.com, SlashDot, Stumbleupon.com, even Digg.   Those bring you readers.   Spamming some Twitter followers isn't adding any traffic and traffic is all that matters.   Like anything, it will take time and hard work to build a following on big traffic-generating sites like those I mentioned, if you just start self-promoting you will get blocked out quickly. 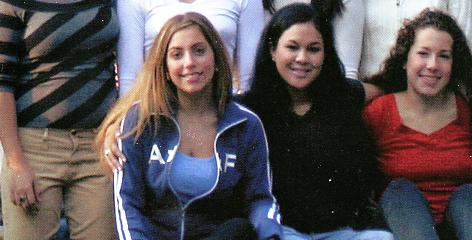 Stefani Germanotta was not getting talked about.  By Seth Poppel/Yearbook Library from USA Today.   But Lady Gaga sure is.

4. Value your work.   Lady Gaga doesn't even walk through an airport without making it a media event because she knows someone photographing her is making money off of her brand and therefore she should also.   Academics don't care much about money, or they wouldn't be in academia, but making big media companies rich for free is silly because it devalues your expertise.    I asked a question last year during an AAAS panel on being a science consultant for movies and television and the panelist concurred that scientists working for free was a problem - plenty of people will work on "The Big Bang Theory" for nothing but they are also likely worth nothing.    It doesn't matter how much you get paid, that will go up over time, some proof that you got paid to write is better than nothing and that separates you from the pack.   Like paid science consultants for movies, paid writers have some fear of bloggers because it dilutes the value of their work but what is worse is never getting paid because someone says, "But you wrote at X site for free".

Those Mickey Rooney-Judy Garland 'let's put on a show in our backyard!' Busby Berkeley musicals are awesome to watch, but behind the scenes were hundreds of people getting paid to make it happen, including Mickey Rooney and Judy Garland to look like they just put on a show.   And people paid to promote them.  If you don't have that, you need to do it on your own.     But it can work.   We spent $0 marketing Science 2.0 because there is no reason to pay marketing people when we could instead pay writers.

5. Understand the media.    Lady Gaga is not a 20-something self-created fluke.  Her web-savvy father got her gigs and her mother worked with people to get her into clubs ... and she had a driving need to be noticed.   The Lady Gaga of Science will also.    If you are doing the work, and you can be read by 200 people or 200,000 people, you will likely take the 200,000.   Not everyone thinks that way, of course - I have played guitar for 30 years and been on stage only one time and plenty of science writers are happy to be read by peers, but most want to make a difference.   If your father is not a web-savvy businessman you need to learn how media technology works and make contacts with people who can get you to the big audience.    Reinventing the wheel by trying to get a million followers on Twitter (and I have been linked by people with a million followers on Twitter - unless you are selling a product, it is very little value) is a big waste of time.   But getting people with large audiences talking about you is a good idea.

Obviously a Lady Gaga comparison has some limitations - but like Gaga and her fans, there is a certain amount of projection and wish-fulfillment in science media.     If you are new in science media, you got into this because there are writers you like, so emulate the qualities in them you like.  Lady Gaga took parts from everyone she liked and made it her own and you can also.   You won't even need to dress like Ziggy Stardust.