Hank Campbell
It's Academy Awards time, which means the science community is aflame with debates about whether Hollywood elites are racist, sexist, bigoted or not liberal enough...okay, no one in science actually debates any of that the way Hollywood does, but we do get to think about how science did in film in 2014.

Science is big in culture these days - everyone loves it. You can't watch a blurb about a superhero movie where a character jumps out of a building and into a helicopter because the helicopter turns on its side without someone making the movie claiming they are grounded in science.

So when it comes to film, science is going to be in the toolkit when possible, but you can't really make a successful movie about science any more than you can make a movie about doing art, they instead have to be human stories where science is involved. 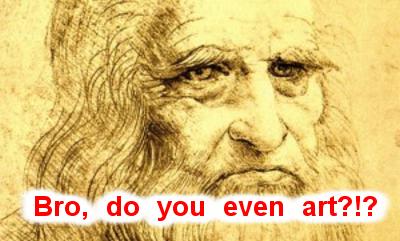 Like costumes or cinematography, science alone cannot make a great movie, but it can be a real disconnect if it is shoddy and not just background - so we honor movies that do both.

In making the nominations, there were a few rules. It wasn't included if it was derivative - we got a lot of the same dystopian alternative world stuff last year - or if science was a crutch rather than meaningful to the story, which inflicts most travel movies.

What did not matter - if the movie was actually good.

Given those parameters, here is the list of nominees:

The Theory of Everything

In picking winners, there are only two categories worth considering: Best Picture and Best Performance. Most of Hollywood has stopped attributing a gender to the word 'actor' yet awards continue with a Best Actor and Best Actress category, as if women or men will somehow be penalized for gender in 2015.  So this is just a Best Performance, regardless of gender, and a Best Picture, because if you are the Best Director, how did you not make the Best Movie?

A thought blurb about each Best Science Movie nominee:

Edge of Tomorrow - is it a bug hunt military movie, a time-travel movie, or a love story? Yes, that's what make it good. In it, our protagonist becomes trapped in a time loop and has to piece together the clues about how to stop it while saving the life of a soldier he grows to love. And kill a lot of aliens doing it. What makes it fun is that Tom Cruise starts off being Tom Cruise in uniform, Maverick or Cole Trickle 30 years later, and then gradually transforms into a guy in love who is trying to escape his life - but he is subtle and even makes it a little humorous. Though his science-fiction movies can be hit and miss, there is no denying that Cruise, like Bruce Willis, is a go-to science-fiction guy. The premise is also believable because everyone can agree that Emily Blunt stops time for men whenever she is onscreen.

Transcendence - they figure out how to upload the brain of a scientist to the cloud and it goes wrong from there. It has nods to Ray Kurzweil's singularity movement, a dose of moral philosophy, and it just goes on its way.

It is not a great movie. You know how Brad Pitt always has to hide behind some mechanism in his movies, like he has to be eating something? Johnny Depp is like that, but about masks and makeup. This is a good movie for people who believe all scientists are tinkerers experimenting at random that will doom the world.

The Theory of Everything - this is about the early years of Stephen Hawking, which has been done before, of course, in 2004, but that was on television so couldn't get a Science 2.0 Best Science Picture Award. Eddie Redmayne's performance as Stephen Hawking is difficult to describe but I will flesh that out later and just say his performance as Hawking is going to be taught in film school for the next 100 years.

Though he is, the movie itself is not perfect, however it is quite good. The only thing that truly bothered me is that a giant subset of the modern generation of cinematographers and directors know just enough color theory to be wrong and insist every scene have orange and teal because it draws focus to a particular aspect of the scene or the actor.  The characters have some some golden glow through out the whole thing and that can make your eyes tired (see Transformers: Revenge of the Fallen (the first Transformers sequel) for when a director really goes crazy using this technique).

Interstellar - we've created a bio-apocalypse, which the left will love, and we will be saved by a space cowboy, which the right will love. What science fans will love is that Christopher Nolan, who made "Memento", one of the best movies ever, pulls no punches on the science. Right or wrong will be for future audiences to decide, but this is the most science-evangelistic of the nominees.

Whereas Theory of Everything is a love ode to Stephen Hawking, this is a love ode to Kip Thorne's physics, and that is a bit of a weakness - the robots and science are irreplaceable but not the main characters, though they seem to do what they can with the material. Matthew McConaughey was also in arguably one of the best science-fiction movies of all time, "Contact" so perhaps science-fiction will become his thing, and he is fine here, but really none of the human characters seem essential.

Lucy - if we only use 10 percent of our brains, and someone unlocks our full potential, what would that mean? Scarlett Johansson finds out. She was also in another science-fiction movie, "Under The Skin", which was actually really good, but the 'science' in that was mostly a crutch to have her be a sexy alien in a movie that is more like a art movie version of "Species", so it didn't make the list. "Lucy" was derided for the premise, that we 'only use 10 percent of our brains', but somehow wormholes are okay to science blogging critics.

Predestination - Like Tom Cruise, Ethan Hawke is always a gamer, and it is hard to go wrong with a Robert Heinlein story, especially when the protagonist is an intersex person who finds out he impregnated herself in the past. Time travel has been done to death, of course, which makes it tough ground. This problem was addressed in the only practical way in 2012's "Looper", where the Bruce Willis character dismisses the logic when he tells his younger self  “this time travel bullshit, it isn't important” - but Heinlein does not get enough respect these days and this movie did not get enough respect in culture.

That done, let's get to the awards:

Eddie Redmayne for "The Theory of Everything".

He is phenomenal. If Eddie Redmayne does not get the nod for the real Best Actor Academy Award , then my statistical averaging of entertainment magazines methodology is completely wrong. And I am never wrong. He is going to beat another fellow who played Hawking - Benedict Cumberbatch, who did so in 2004's "Hawking" and was lauded for his portrayal.

Redmayne blows him away. Unlike Cumberbatch, he is a dead ringer. Not that they look alike, but that he has transformed himself into looking like him. Here is an actual wedding picture, thanks to the Internet, and the movie version, thanks to Focus Features:


For another, he handles the gradual debilitation with stunning conviction and it just has never been matched. I don't see how, short of getting six actors with various stages of the disease to do it better, it could be done better. Now, there is a social justice theory of regression analysis that contends the Academy Awards assuage their liberal guilt by putting minorities, gay people and actors pretending to have disabilities in an awards rotation so they can feel better about making The Hangover 3, and those correlations are a lot stronger than most things you find in sociology, but that doesn't mean sometimes an actor won't get it right and deserve it just the same. This is not just a guy pretending to be a in a wheelchair, he is different through all the stages of the illness. How he pulled off such convincing physicality is going to be taught in film school for decades and kudos have to be given to choreographers and even make-up artists.

There is zero chance this movie is winning the actual Academy Award for Best Picture, at least according to my secret sauce calculations, but unlike "Interstellar" it actually got nominated, and that is because it does not fetishize its science.

But this is the Science 2.0 Best Science Picture Award so what Hollywood thinks is irrelevant, and the winner of that is:

"Edge of Tomorrow", also known in some regions as "Live Die Repeat", was based on the novel "All You Need Is Kill" by Hiroshi Sakurazaka. Emily Blunt is terrific but always is, and that is why Tom Cruise is such a surprise. He is playing a soldier, so can't be considered for the Best Actor award, but he wouldn't win anyway - Redmayne has surpassed Jodie Foster in "Contact" as the greatest rendition of a scientist ever. 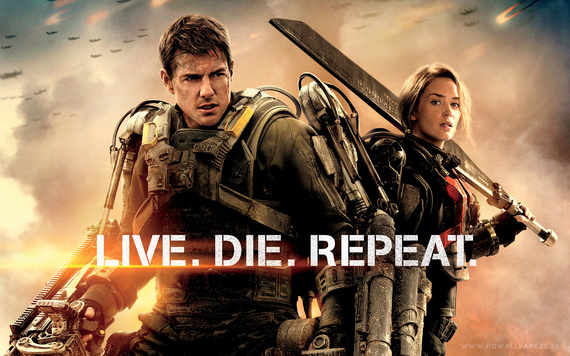 What Cruise did do, and Doug Liman also has to be given credit for, is not letting this get ridiculous. They got this out of development hell, and got Christopher McQuarrie, of "The Usual Suspects" writing fame, to clean up the story and then guided it into being a film that works on a lot of levels.

They really nailed it, with just the right touch of action, humor and even, in a sense, romance.

Congratulations to the winners!

Did I miss a science movie and you think it should have been included? You are welcome to let me know, but please explain why you think it was not invalidated due to the reasons above.
Science 2.0
More Articles All Articles
About