Last week, the Western Plant Health Association, which represents California, Arizona and Hawaii companies involved in plant nutrients, soil amendments, agricultural minerals and crop protection products (basically, technologies such as fertilizer and pesticides), held its annual meeting in Maui and I was invited to speak about the issues involved in bringing agricultural science to a public that is increasingly removed from its food.

It’s a daunting challenge. As I noted for the audience, in 1862, when the United States was being sundered by Civil War, President Abraham Lincoln still took time to create the Department of Agriculture, because 90 percent of America was involved in food production.

That “culture” part of agriculture was vital to America.

Those days are long gone. Even though 97 percent of farms are still family-run or owned, under 2 percent of Americans actually work on them. When so few people work on something that has been so incredibly successful that it is not even considered a basic need any more, it’s not a surprise that people adopt strange beliefs – such as the Shamanism that one particular food process will cure diseases, or that buying a brand name will make people more ethical.

And when people know little about both science and food, the opportunity for exploitation is ripe. Groups like Natural Resources Defense Council can use dubious claims to raise money claiming we need to be protected from farmers and the groups that make food production possible. Lobbying groups like US Right To Know and Center for Media and Democracy, the parent organization of the partisan Wiki called SourceWatch, can raise hundreds of thousands of dollars each year in dark money and use it to drive a wedge between Americans and the people who make our food.

Despite all that, farmers and the companies that enable agriculture continue to get it done. In my talk I use a slide which is related to my personal experience with agriculture as a young man on a subsistence farm. In 1980, when anti-science groups were warning us about a Population Bomb and looming food riots and I was nervous about the future, American agriculture instead embraced the future envisioned by Nobel Laureate and American Council on Science and Health Founder’s Circle member Dr. Norm Borlaug. As a a result of their unwillingness to give into activist despair, farmers started producing more food on less land using less energy and with less environmental strain than was ever believed possible. 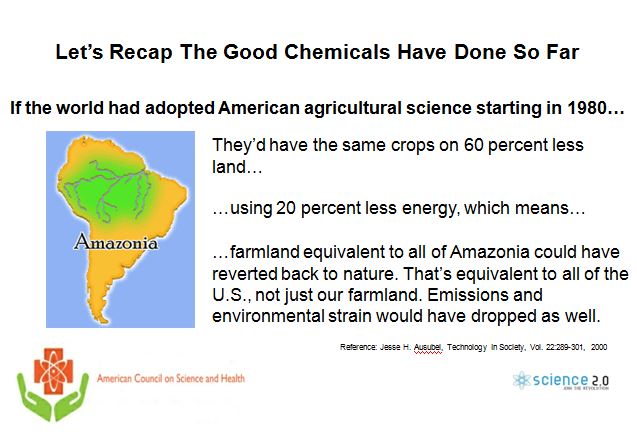 As a result of this breathtaking achievement in “dematerialization” with increased supply and lower cost, for the first time in the history of the world, the poorest people can afford to be fat.

Food is no longer a luxury, it is not even a basic need – it is instead such a commodity that we have to educate people to violate their biological imperative and consume less of it.

Meanwhile, a cultural schism has taken place in science as well. Increasingly, academic scientists have been educated in the belief that only government-controlled science is “real” science – and that those on the corporate side are doing something less valuable by doing applied science. Many academics don’t feel like they should solve real problems.

But it wasn’t always that way.

There were a lot of high points in my time at the conference – being surrounded by smart men and women passionate about food production is inspiring – but one of my favorite moments was getting to meet the fellow who spoke right after me.

Professor Dennis Gonsalves is an “old school” academic scientist: He was not steeped in the belief that it is only the job of a corporate scientist to solve problems, he instead believes just the opposite – that it is the duty of public sector scientists to solve our most pressing issues.

If you don’t know the name, Dr. Gonsalves is the man who saved the Hawaiian papaya industry. The fruit wasn’t being killed by human settlement or pollution, it was being killed by…nature. The papaya ringspot virus had put almost the entire industry at risk. No change in crop rotation or pesticide could fix it. Legacy breeding techniques didn’t help.

Basically, he and his team discovered how to give the papaya a ‘vaccine’ for the virus – and they did it using genetic modification. When the crisis really hit, they showed their data and their field tests and it was streamlined into approval. Imagine that – in 1998 environmentalists hadn’t learned to be afraid of science yet and didn’t go to court to block it and let farmers be ruined.

It was a huge win. Today, instead of it being a rare delicacy, you can buy this transgenic Rainbow papaya anywhere for $.25 and that is because nearly all of it grown in Hawaii is genetically engineered to resist the ringspot virus.

I was pleased to get a picture with Dr. Gonsalves because I talk about doing something while he actually did it. And I respect that immensely. So here is my fanboy moment: 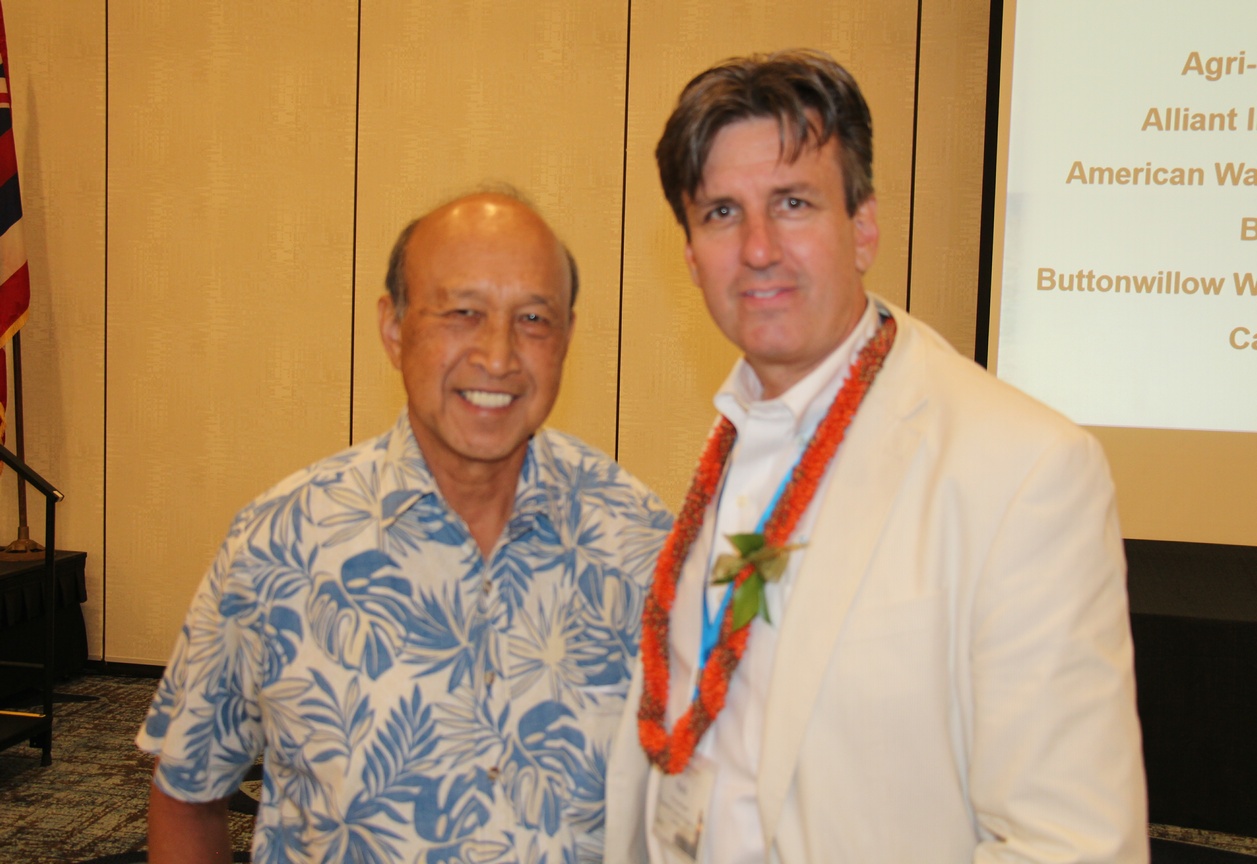 Ironically, Hawaiians have become just as disenfranchised from food as the rest of the country. Science saved their industry and they enjoy the results every day, but they have been increasingly whipped into a frenzy by “activists from the mainland”, as local scientists put it. Some people hate GMOs while living in the poster state for being saved by them.

Scientists like Dr. Gonsalves can fix many things, but they can’t fix culture.