Hank Campbell
The moon is both easy and tough to figure out. Of the many things Galileo got wrong, the moon was the biggest, despite it being studied for millenia by then, unless you think we only have one tide per day.  And last year some people wanted to believe an earthquake in Japan was caused by a 'Supermoon', where our friend Luna was slightly closer to us.

Animals howl at the moon, drunken hillbillies howl at the moon - though those are not limited to the full moon or any moon at all. Yet the full moon issue is so well known it even gets a monster attributed to it. Writers as far back as Ovid discussed werewolves so they likely existed in popular culture even before then. In 1 A.D. he wrote the Metamorphoses and told us of King Lycaon, who served human flesh to the gods and in return got turned into a werewolf.  From Ovid and Lycaon we got the word Lycanthrope.

Heck, even words like “lunatic” and “loony” are derived from Luna. The legendary Farmers’ Almanac publishes a Best Days calendar which even recommends certain days to do everything from planting potatoes to cutting hair based on the phases of the Moon.

But does the full moon really change how we act?  Researchers decided to find out.  They cross-matched emergency room psychological problems with full moons at Montreal's Sacré-Coeur Hospital and Hôtel-Dieu de Lévis during the months between March of 2005 and April of 2008. The psychological problems they found were 771 people who came to the emergency room with chest pains but had no physical issue. Instead, some were found to have mood disorders, suicidal thoughts or panic attacks. 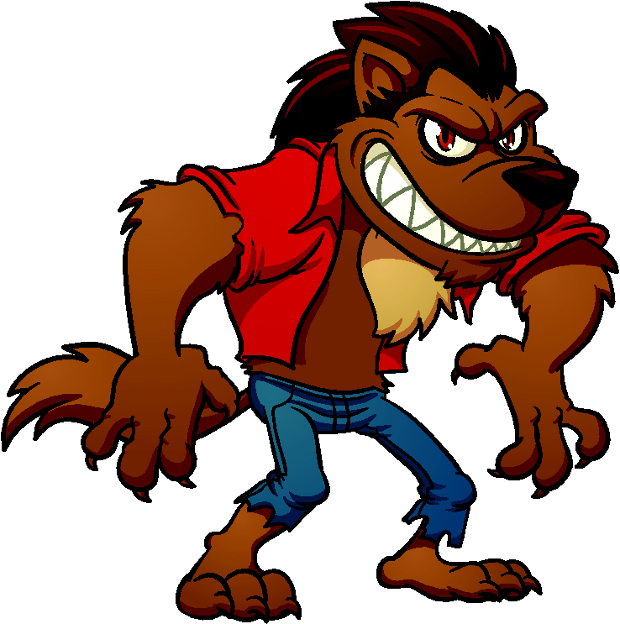 Please stop blaming me for your idiots - Love, The Moon. Credit: Shutterstock.

Was there a link between a full moon and the psychological disorders?  Not at all, but they did find that anxiety disorders happened 32% less in the last lunar quarter - the "half moon"when the moon is at a 90 degree angle with respect to the earth and sun.  And more panic attacks occurred in the spring while anxiety attacks happened in the summer. Nothing to do with moons, though. "This may be coincidental or due to factors we did not take into account," said Professor Geneviève Belleville of Université Laval's School of Psychology in a press release. "But one thing is certain: we observed no full-moon or new-moon effect on psychological problems."

Maybe not in Canada today, though it may be that less sleep deprivation today is a factor in modern times.  If you were already slightly loony  (A double pun!  Thanks, Canada) getting less sleep during the brighter moon may have added to the weirdness. Widespread adoption of electric lighting would have evened that out.

What was interesting is that 80% of Canadian nurses and 64% of Canadian doctors do believe that the lunar cycle impacts mental health. "We hope our results will encourage health professionals to put that idea to rest," said Belleville. "Otherwise, this misperception could, on the one hand, color their judgment during the full moon phase; or, on the other hand, make them less attentive to psychological problems that surface during the remainder of the month."

Those "Twilight" movies are certainly not helping things either.