Hank Campbell
Have you been avoiding Taco Bell because of the Yellow No. 6 dye in its nacho cheese?

Of course not. And if removing that or carmine from its red tortilla chips means you will suddenly think their food is healthy, you are being educated by advertising.

Which is just what they are hoping.

There is nothing healthy about Taco Bell or Pizza Hut or Chipotle yet they have all delivered similar intellectual placebos to the public in order to boost sales. And it's working, or at least they think it is working, since more and more junk food chains attach this health halo to their products because supposedly consumers are demanding it. Whether that turns out to be virtual money or real money is the question.

No one serious in science or food is demanding that Blue No. 1 be removed from avocado ranch dressing for health reasons but if it translates into more sales, companies will be smart for latching onto it.  They know they are taking a gamble, if it leads to higher costs. 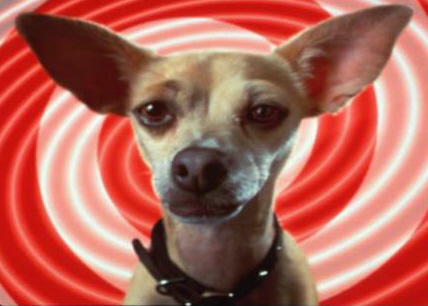 In the 1990s, you were hypnotized by a commercial into thinking Taco Bell was Mexican food. Now they want to convince you their food is healthier if their avocado ranch dressing is a slightly different fake color.

Chipotle figured they could adopt a health halo for their 1,500 calorie. 50-grams-of-fat sandwiches by claiming some ingredients would not be GMOs - so the soda, cheese and the meat would all be from GMOs but the things that had no GMOs in the first place, like wheat, could be claimed as GMO-free in marketing. It's too soon to tell if it worked but they got a lot of media attention for it. Sandwich food chain Subway used a similar gimmick for a bread ingredient and it made no difference in sales. People who have a food fetish didn't suddenly start eating Subway, so the best marketing claim they have is that revenue didn't disappear that might have - a sort of "jobs saved" metric for food revenue.

Taco Bell has wisely given themselves the 'out' that organic food has - they will remove artificial ingredients 'where possible', which is the same rationale that gives you dozens and dozens of synthetic ingredients not listed on that organic label. And they are not going to do anything at all regarding their Doritos or soft drinks, so food that was not going to be healthy even with removing a few ingredients will be even less so if you buy the branded combo meals they still intend to invest in heavily.
Science 2.0
More Articles All Articles
About