Hank Campbell
Statisticians have a rule of thumb for calibrating claims made in humanities and science papers alike. Andrew Gelman, for example, talks about statistical significance filter - "If an estimate is statistically significant, it’s probably an overestimate."

A good thing to remember when you read weak observational studies, psychology surveys and, in modern times, a shocking number of epidemiology papers.

For health, you can use a different rule of thumb: Does Joe Mercola sell it?

If he does, it is probably suspect.

Mercola is a famous homeopath, alt-medicine guru, anti-GMO, pro-organic and anti-vaccine businessman who turned his beliefs into a gigantic enterprise. So he is a great quack but also a great capitalist. If I see something that sounds like it has a grain of truth but has blown into being a conspiracy tale or another feel-good fallacy about nature, I search his site.

My Mercola Rule Of Thumb: "If his curves fit, it ain't legit." To-date, I am 100 percent successful in comparing suspect claims to endorsements on his site. 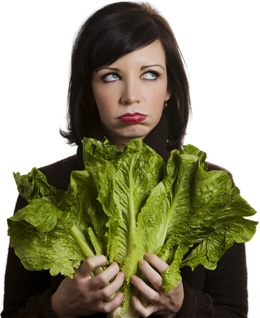 But statisticians would chuckle at me too, and rightly note that my creating curves and implying causation is not actually how things work either. And they are right, though they would also realize that when I show correlation and causation between the riots in Kiev and the price of steel, I am just having a laugh at a guy selling books claiming that a gluten-free diet will prevent Alzheimer's Disease.

In an article on diabetes, Dr. James Watson, he of the famous DNA double helix, said antioxidants were more of a problem than oxidants. Antioxidants are, of course, a giant money-making fad so Watson claiming a lack of oxidants rather than an excess was going to get noticed.(1)

I don't think he is onto anything, it's a fine idea but there's nothing outside correlation to back it up, I just knew it would lead to a strange comment or two from people who feel like their world view has been violated by noting that antioxidants aren't magic.

And it got one. "Hard to believe, when 93% of diabetics have free iron in their body," a commenter wrote. Anonymous commenters often fall into two camps; they have a genuine interest or it violates their world view and they are jumping on it to tell science how wrong it is.  This was clearly in that second group, you could almost envision him going 'How do you explain that? Huh? HUH?'

As I replied over there, vegans and pregnant women often have iron deficiencies. If all that matters is two curves going the same way, like free iron and diabetes, then iron deficiency causes pregnancy and turns people into vegans. That's the problem with putting advocacy first.


Just like you can claim antioxidants will prevent diabetes using bad curves, you can make suspect claims about anything. In this chart, I can rightly show that iron deficiency causes women to become vegetarians. I could also show that becoming a Vegetarian Times subscriber leads to iron deficiency in women and the chart would look even more ridiculous if I used vegan women, since only 10 perfect of women with a normal diet have low iron while 50 percent of vegan women do. Statistics data from WomensHealth.gov and Vegetarian Times

A lot of diabetics have anemia rather than too much iron, because kidney damage sometimes goes along with diabetes, and the kidneys produce the erythropoietin hormone that regulates red blood cell production. The solution is to eat a well-balanced diet that contains iron. To turn around and claim that therefore the iron causes the diabetes is getting things all backwards.

Hemochromatosis is, of course, real, and when a prolonged overload of iron occurs, it can damage organs. The damage to the pancreas and the liver could potentially lead to diabetes, it is true, but nowhere is it reasonable to claim made that antioxidants change genetics. Hemochromatosis is a single-gene disease, the most common one out there. Any claims that antioxidants are a replacement for phlebotomy should be viewed with alarm.

What about the Mercola Rule of Thumb? Sure enough, he is advocating this 'iron causes diabetes' stuff and even goes so far as to claim that if his father had lower levels of iron, he never would have gotten diabetes. He seems shocked that his goofy pseudomedicine did not work, lamenting that his father "did not respond even to my dietary program" - as if that surprises anyone outside fellow homeopaths and anti-vaccine conspirators.

Of course, we can never know what would have happened in his magical alternative universe so it is a safe claim for Mercola to make. Much safer than his snake oil pronouncements, like that his Living Fuel Rx cured diabetes, along with cancer and everything else.

That was only one of the product claims that got him a warning letter from the FDA.

(1) The press release was from Cold Spring Harbor, so apparently they un-suspended him (and even removed their press releases saying they ever did - that link is from the Wayback Machine, archive.org). As an older scientist, he is the opposite of the modern, careful progressive in biology, he is an intellectual libertarian who wants to go where the data and his instincts take him - even if it enrages the public. So he has said he won't hire fat people, that if you are pro-abortion/choice you should be okay with eugenics and - what got him suspended - that there may be biological reasons why black people are less intelligent and that he was “inherently gloomy about the prospect of Africa” because “all our social policies are based on the fact that their intelligence is the same as ours – whereas all the testing says not really.”

They seem to love him again now that the racism hubbub has died down - a whole lab is named after the man, after all. They also tend to be loyal. They also supported Charles Davenport's work on race and eugenics until 1963 also, when that finally became too taboo.