Somewhere along the way Big Hulk lobbyists decided that the green guy should be the strongest character in Marvel comics,so writers gave him both virtually unlimited strength and decided that Thor's hammer, the creatively-named Mjolnir (doesn't it just sound like Norse should sound?) was magic, and that is why only he could lift it.  He wasn't the strongest guy around any more, which left it with being supernatural, kind of a cop-out even to me as a kid.

Science 2.0 fave Dr. Neil Tyson recently tried to bring back the 'Thor is really strong' concept by stating "If Thor's hammer is made of neutron-star matter, implied by legend, then it weighs as much as a herd of 300-billion elephants" which means only someone really strong could lift it. Of course, it also means it would be changing Earth's gravitational field just sitting there but the really strong Thor part is what is worth thinking about.  Finally, in 2013, can we get out of the supernatural hammer business and back into the reality-based community?

He cited a neutron star state of matter and that is what remains of a dead star after a supernova is done killing Romulus or whatever all supernovae have been blamed for.  It's incredibly dense, because its protons and electrons have been crushed together by unreal levels of gravity and those proton-electron pairs have become neutrons(1). After that happens, we're left with a dead object the size of Chicago that still has more mass than our Sun - for comparison, if I wanted to lift neutron star material equivalent to the sugar I just put in my coffee, my spoon would have to be able to lift a 100 million tons - basically, I have to be strong enough to lift a mountain.

So Tyson was right, Thor's hammer was once heavy - so heavy it took an atomic-powered machine to lift it - it still leaves something of a materials mystery.

There's not a lot of science in Thor, it is comic book lore and that has changed over time, including eventually making the hammer of Thor so magical a guy in issue #302 lifted it using his brain.  Bonus: he was a math nerd and his brain was able to make geometry real. 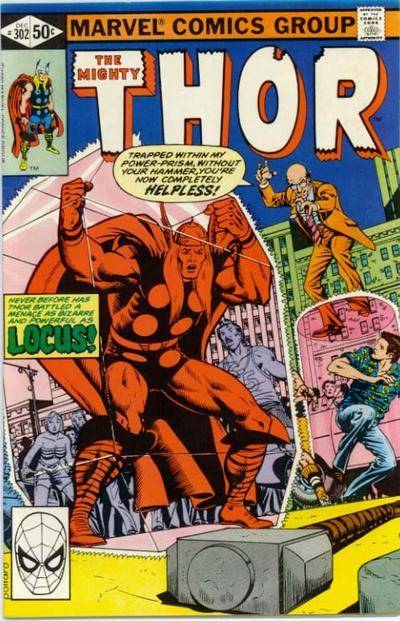 But in simpler Thor days, it was really heavy (yet still outside gravitational and inertial mass) (2), though by 1991, as Matt Shipman from NC State notes, a Marvel trading card locked down its measurements and stated that Mjolnir weighed precisely 42.3 pounds.

Uru, like mjolnir, is entirely fictional. Neil can be forgiven for not remembering that it was forged in the heart of a dying star, not from one - he was off getting a PhD when I was reading all those comic books - but 23 inches, as Shipman notes, brings up a different issue, and that may be a clue that Tyson knew a lot more than he  was letting on. What must this Uru metal be, to have enough of a wallop to deck Iron Man yet be in such a small form factor?  For one hypothesis, you have to go read his article.

If it is not a hypothetical metal, we have one final possibility: Since we can all lift 42 lbs. it may be that Dr. Tyson knows something that we do not know about the true nature of mjolnir.  Has he solved a special quantum state for that mallet wherein since Dr. Don Blake was worthy, it was only 42 lbs., or even as light as a cane, but for regular people it is 2.4 trillion tons yet still outside the rules of gravitational and inertial mass?

(2) What else is from a much simpler time?  Travel. Thor passed through our year 2013 way back in 1962, when he battled Zarrko the Tomorrow Man, who went back to the '60s to steal a 'cobalt bomb' because in the future no one had weapons and so he was easily able to make himself the ruler of the world.

Thus, if we let social authoritarians ban guns we run the risk of a time traveler from the future going to the past and stealing a powerful bomb and using it to lord it over us.  Ban our sodas and styrofoams Big Brother, but not our 200-round magazines!
Science 2.0
More Articles All Articles
About