Would you believe it was really neutral about science?

Perhaps. It depends on how many other people are involved in the project, but it would certainly bring a higher level of scrutiny.

That is the issue that has been facing a site called Truthy in the run-up to this election. Republican sites were all re-blogging each other about the Truthy project, which was created to analyze information on Twitter - and they noted that the person behind it has adopted a kind of "Who's Who" of fringe left-wing movements, everything from MoveOn.org to Union of Concerned Scientists. Why now?  It started getting government money in 2011, it isn't like this just happened.  Well, that is the nature of politics. The 4-year grant actually ends in 2015, which is probably a good thing for the government, since the project leader has been on sabbatical from Indiana University - at an Internet corporation - so we have no idea who is being shafted for 2014 and 2015, American taxpayers or Yahoo!.


From Union of Concerned Scientists and Greenpeace to the Obama campaign and MoveOn.org, Democrats would feel right at home donating to Truthy. Link: Fil Menczer's Homer Page

It could be that Fil Menczer, who Free Beacon and others have been talking about, is not working much on the project any more at all and if so his bias is irrelevant. There are three other co-principal investigators and since it is academia, a lot of the work can be handed off to undergraduates and graduate students. Of course, since that is the case, why did it need money from taxpayers at all? What are they spending almost $250,000 each year on? I agree that a whole lot of stuff doesn't need government funding, especially if it is not actually non-partisan. The boutique 'fact checking' services that pop up every election show us something about facts, but they mostly show us that very little fact-checking is non-partisan. Yet if the government is funding it, it entails a higher level of scrutiny, because truth can often be relative.

And that's what seems to concern Republicans about Truthy. It isn't the wasted money, though some make a pretense of it. They could spend every day writing about how the NSF is not always in touch with the real world, if the money was the issue, and we could also. This is the same government agency that gave two guys $500,000 to build Science 2.0 4 years after we existed, so if their funding committees have never heard of Science 2.0, even though their media group writes us every week, you can bet they are not fact-checking to see if someone might be a political fifth columnist before sending out checks.

Instead, what probably concerns Republicans is that it will be another way where Democrats out-gun them on the Internet. President Obama won't go down in history as a great president but his 2008 campaign will be taught in political science classes decades from now, and it was due in large part to using modern technology while Republicans were still paying for robo-calls. They couldn't have paid for an Obama Girl but inspiring one on social media was pure genius. 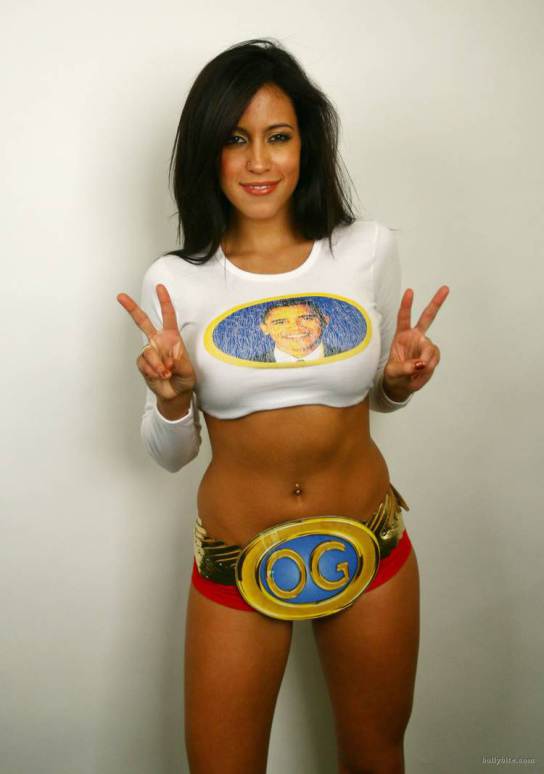 If a "McCain Girl" had suddenly been introduced, that would clearly be fake. Yet fake grassroots movements can be more subtle and ferreting them out is a good thing - assuming it is done in a neutral way. The knock on Truthy was that it highlighted conservative efforts and it allowed users to mark stuff they thought was fake. Who do we believe users of a site that looked partisan were going to penalize?

A site that penalizes Republican memes while claiming an evidential basis would be a bad thing for Republicans. So if Democrats have found a way to slip a non-partisan fact-checking site into existence using government coffers, Republicans will want to complain about it. Then they will want to duplicate it.

Motivations aside, the concern is not without merit. Union of Concerned Scientists, MoveOn.org, and the rest in the screenshot above are nothing but Democratic political fronts, there isn't a single non-partisan group listed. If the lead developer is that far left, do we believe he recruited any right-wing  or neutral people to work for him? Maybe, if we also believe a white guy in a group of white guys really tries to bring in women or minorities but couldn't find any.

Ajit Pai of the FCC has taken notice, publishing an editorial in the Washington Post last month warning that the project could be misused - “The concept seems to have come straight out of a George Orwell novel.”

Fil Menczer is just one guy but he is the lead guy. One thing psychologists all agree on is that if we walk into a room and no one is like us, that can be intimidating. So in academia, where political representation is wildly out of the American mainstream, it stands to reason that anyone not voting for President Obama has a hard time feeling comfortable, assuming they can get a job at all. It's hard to imagine that a MoveOn.org supporter - that's the Tea Party of the left, except they had a lot more success than the Tea Party before corruption caused their support to erode - is welcoming political diversity in a non-partisan project.

How to know, though? The other donors don't look biased. Truthy also got money from the McDonnell Foundation, named after the guy of McDonnell-Douglas fame, a military and aircraft contractor. Nothing left wing in that. The Lilly Foundation is also not in the bag for the Democratic party. Really, the NSF is the most partisan group on their list.

Still, Robby Soave at Reason.com calls it "creepy" and maybe it is, though in the world of 2014 if that was the creepiest thing the federal government is involved in we could sleep easily.

It's actually a good project, assuming the motivations are legitimate. I am just not sure the NSF should be funding it, just like I thought it was dumb for the NSF to pay someone to play Everquest or for the U.S. Department of Energy to fund the Human Genome Project, but a good principal investigator knows the system and can find a program that is likely to have friendly reviewers, the same way a corporate salesman will find a friendly decision-maker.

It looks bad if a site using federal government money to find 'forged' grass roots movements on Twitter highlights hashtags related to one political party in its examples.  And also that a site run by someone overtly partisan was asking its users to mark anything they thought was 'social pollution'. Indiana University told Free Beacon they will no longer answer questions about the site, though it is hosted on their servers, which doesn't do a lot for transparency either.

The Washington Post gave Truthy its own opportunity to defend itself. Henry Farrell, who wrote "As it happens, I know quite a bit about the Truthy project that he is writing about" did the kind of softball interview he wouldn't have done if it were about a Republican site, issuing lobs like "Pai’s op-ed is only the latest in a series of inflammatory stories spreading misleading claims about Truthy" for the folks at Truthy to hit out of the park, but that technique would never pass a fact-checking algorithm that was impartial.
Science 2.0
More Articles All Articles
About