Hank Campbell
As you might imagine, I get a lot of press releases.  As I have said here before, I like getting them because it's difficult for me to know all the good things happening out there, especially if an organization lacks the budget to hire an expensive PR firm.  A little proactive work helps get your message out.

Sometimes, in an unintended consequence, I make fun of the releases I get, like the organization that sent me a release about their group devoted to 'living smaller' and saving the environment (Live Small, Live Better - And They Really Mean Live Small).   I thought I understood what they meant - fewer McMansions (well, for  the rest of you, anyway) and a generally smaller footprint - until I discovered that by 'smaller footprint' they meant they literally wanted to shrink humans.  By a foot.   If you send me a press release advocating shrinking humans, you are basically putting it on a tee for me and I will hit it out of the park.

Health care is big news in 2009.   The Democrats are in a full-court press to pass government health care and they have a bulletproof majority right now - heck, they could pass a Constitutional amendment requiring forced sodomy zones and mandatory abortions if they wanted - but they also seem to want to be liked so they're trying to be bipartisan about it.   I don't see the need.  Just pass it and hope it doesn't turn our economy into Bulgaria.

People have remarked that my opinions on health car seem to be all over the place.   I will clarify.  If you don't think health care quality will drop once the government starts messing it up, you are naïve.   If you don't think it is going to cost you a fortune in new taxes once the government starts messing it up, you are naïve.    I am personally against it.   But if Republicans don't think that nuanced arguments about our high end health care quality are lost on people who would just like to not get a bill for thousands of dollars when their kid breaks an arm or pay $400 a month for a $3,500 annual deductible, they deserve the butt whuppin' they will take in 2010 also.

So though I am personally against it, I am publicly for it - because I have paid a fortune in taxes in my working career and gotten very little for it.  So if I continue to pay a fortune but a poor family gets free access to health care, even crappy health care, I am okay with that.

I got a  plea today from an organization called Mom's Rising.   They seem very earnest.   They also might be a total political action scam - you can help me decide because I am writing this live while researching, except for editing some spelling errors after I click 'publish'.   It's sort of an experiment in science blogging, except it has no science, so it's just blogging.

My first impression is also a first hint for organizations who want to be 'grass roots'  - I know how much https: servers cost, I run an internet company.   If you had the forethought to get an https server, you knew you were raising money and wanted to do it securely, and that ain't cheap.    I could be wrong but at first blush this is not a group of concerned moms who had an idea in their kitchens and had it get popular.

If you go to their website, like I just did - https://momsrising.democracyinaction.org/ - this is the screen you will see. 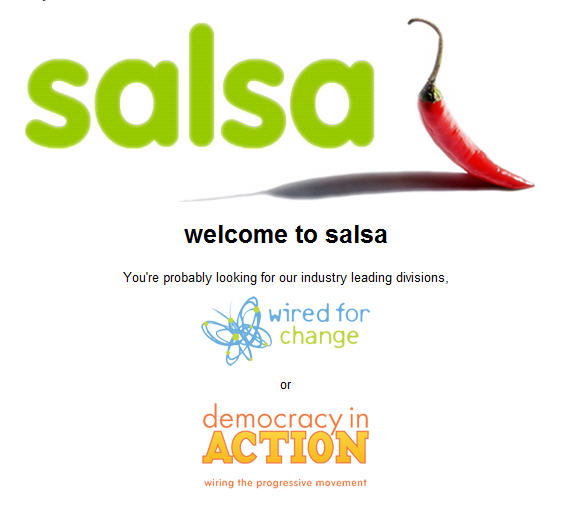 "Industry leading division"?    Looking up the blurb on the company hosting the Moms Rising group, you find ...

"DemocracyInAction.org believes technology can be a decisive force for social change. We exist to empower those who share our values of ecological and social justice to advance the progressive agenda."

That means this is likely a DNC politically funded organization, right?    Non-partisan groups do not use the word 'progressive.'  Sometimes RNC funded ones do, but only sarcastically.

Now, I get that Political Action Committees (PACs) spend money and grassroots politics is big business:   If you think hordes of people showing up to shout down Congresspeople trying to give them free health care are not organized by some Republican group, you are naïve.   If you think ACORN is simply helping people exercise their right to vote and did not blatantly inventing Democratic voter registrations , you are naïve.

Back to their press release.   It reads:

"The voices and needs of mothers and families are too often ignored. But
when we ignore them, we all lose out. Their stories provide valuable real
life lessons about the shortcomings of our nation's healthcare system--and
their voices that will lead us to a healthier America" said MomsRising.org
Executive Director Kristin Rowe-Finkbeiner.

When Kristin Rowe-Finkbeiner’s first child was born, she left her job as political and field director of a political action committee ...

But it gets better because I have written this sort of freeform while I researched.  Farther down her bio I see ...

Kristin’s writing on family policy in the US caught the attention of grassroots activist and MoveOn.org co-founder Joan Blades.

MomsRising, which Kristin and Joan Blades co-founded in 2006

Oh geez.  So much for grassroots effort.   MoveOn.org spends more money on lobbyists than Exxon.

This kind of thing enrages me.    Like I said, I don't mind press releases.  But if you are part of a well-oiled PR machine trying to come across all earnest and grassroots folksy but you're a blatantly partisan, political shill, I don't have a lot of respect for you.  Not only do you not get positive press, you get negative press.   Because on science sites, we hate to be manipulated, even by causes we otherwise agree with.

Because they are part of MoveOn.org, it brings a whole lot of intellectual baggage, like knowing they have no problem framing data to suit their agenda (Republicans - you don't catch a break.  If you do this stuff, you will get nailed too, you are just smart enough not to bother trying to deceive us because most everyone here is an academic and never voting for you anyway) ... so we get the tearful stat I have seen too many times to count, namely that an 'estimated 46 million Americans have no health insurance'.

Like divorce rates in the 1970s, which got Republicans up in arms about the death of the culture, it's an intentionally misleading stat.   46 million Americans are not permanently without health care any more than 50% of all marriages end in divorce.   People get fired, people change jobs.   As a snapshot, there may be 46 million Americans without health insurance at any given time but they are not chronically uninsured nor are they the same 46 million people.

And this tidbit from their press release is silly:

Seven in ten working-age  women have no insurance, are underinsured, or are in debt because of medical bills.

'Underinsured' and 'in debt because of medical bills' is, like, 'saved jobs', blatantly made up and unquantifiable.  When did Americans get this sense of entitlement that everything needs to be covered under insurance and no one should ever have to contribute?   That ain't what made America great, folks.

Scientists have been driven crazy by companies and the public conscripting terms like 'evolution' for their own evil ends.  If  legitimate 'grassroots' organizations ever want to have any credibility with the public in the future,  they need to drive out the well-funded corporate grassroots political machines who bastardize the term.

Of course, you can't argue with results because history is written by the winners and they clearly have a lot more members than we do.  They brag about their success using social media and have gone from 160,000 to over 1,000,000 participants thanks to generous funding, savvy PR people and clever framing of statistics that gets concerned mothers mobilized.

I certainly don't discount the power of social media and it's hard to dislike a group that claims to want to help kids stay healthy but everything about them feels a little ... slick.   I'm used to Republicans being the manipulative greaseballs but I'm not so naïve I can't see how and why Democrats would adapt their tactics ... and then optimize them.
Science 2.0
More Articles All Articles
About