Hank Campbell
You may not have realized it, but women's voices are a big topic. For women, at least.

I suppose it may be true. If someone asks me to describe the characters in television comedy "The Big Bang Theory", my natural response would be 'the guy that matches the stereotype of how people think physicists are, the actual physicist, the engineer, the psychologist, the girl who looked a lot better with longer hair and the girl with the squeaky voice.'

See? 16% of my responses were related to female voice. She did better than the Indian guy, I forgot him completely, but whatever her science degree is was completely left out, the voice sticks out.

It seems a lot of women feel that way - even if they have nice voices, they feel squeaky inside. A biologist and her political scientist husband recently cataloged them. It turns out that all they had to do was ask a woman if anyone had ever complained about her voice, and the stories started flowing: too squeaky, it's too loud, it lacks authority, it sounds childish, it's grating or obnoxious or unprofessional. 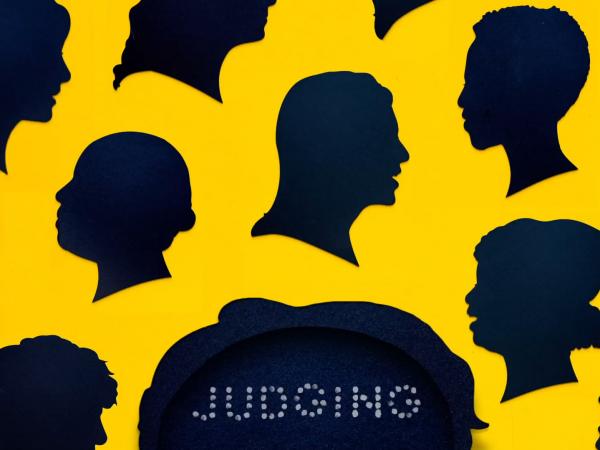 Thus, 'talking while female' may be a thing. I have never had anyone complain about my voice ( per se - I have had my wife complain about me using it, in a 'You should just sit there quietly and look handsome' way) but I bet it can be annoying or obnoxious quite easily and yet no one has ever mentioned it enough that NPR does a story about it.

What were the Big 6 complaints women said they received about their voices? NPR compiled them.

Too high. Seems obvious, though wouldn't men be penalized more for this? Social scientists will say men are only penalized because it makes them more like women, I suppose. The great thing about social sciences is you can always move the goalposts.

Too child-like. I would think this is the same as number one but maybe NPR regards 6 as some sort of mystical special number, related to Avalon or whatever.

Un-authoritative. Perhaps. I was a San Francisco Giants season ticket holder and I can't tell you when I realized that the stadium broadcaster was female, despite hearing her talk for years. It made little difference and I am not some super-feminist, a weird crackpot blogger at Wired even called me a 'sexist douchebag' for daring to note that a paper written by a social scientist lacked any legitimate methodology. Aside: I was called that because the lead author of the paper turned out to be a woman, which I did not know in before it was pointed out to me, but if a woman says you are a 'sexist douchebag' you have to accept it, or you are #PartOfTheProblem. End Aside. Anyway, it may be that her voice is lower and so my sexist pretenses were squelched and I thought she was a man so it was okay. Or she is just really good at her job so her gender did not matter, but that is probably just crazy talk and some cultural militant in the social sciences will point that out for me.

Vocal fry. I actually had never heard of this one. This is the term for cracks in the lower register. I suppose it is annoying. I can't sing Johnny Cash songs because his voice is too low but I do it anyway, which I bet is annoying to people. However, if my wife tried and her voice creaked I would find it adorkable. Still, women not married to me seem to believe vocal fry is a negative.

Uptalk. This is when you go up in pitch at the end of a sentence and it makes it everything sound like a question. This has to be annoying when anyone does it. Sorry, women, you are not special here.

Voice too low. This seems counter-intuitive. If too high and too child-like is bad, and un-authoritative is bad, how can the opposite of the top 3 still be bad? I am not sure it is. I don't remember anyone saying Lauren Bacall had a lousy voice, her voice was the most famous thing about her. Did you see Kathleen Turner in "Body Heat"? I doubt anyone found her annoying because of her low voice.

It may be that most people like average because most people are average. That is a different sort of psychology altogether and has little to do with gender.