Cash Simpson
I saw a few articles discussing an upcoming convergence between robot and human culture based on research by Netherlands student David Levy, who completed his PhD on the subject of human-robot relationships. Using the Artificial Intelligence ( A.I. if you are new to, well, everything ) curve laid out by Levy, humans and robots would be inter-marrying by 2050. Inter-marrying means sex and, of course, I am a specialist in the science of sex.

Before we get to the marrying stage, a few issues would have to be addressed. You think Japanese girls have a tough time explaining an American man to their parents? Wait until she brings home a robot. That's right, sex is easy but relationships, even with women of other cultures, are more like Voodoo than science so robot relationship management must be a higher order of Voodoo, right? Daryl Hannah - "a basic pleasure model." Can also design board games, which is wonderfully geeky when you think about it

Maybe. Maybe not. Psychologists state there are about a dozen reasons people fall in love - and there is no reason those same reasons couldn't apply to robots. in some cases, like actual marriage, it will open up a legal can of worms but someone will be willing to give it a try - most likely in Massachusetts, according to Levy.

"Massachusetts is more liberal than most other jurisdictions in the United States and has been at the forefront of same-sex marriage," Levy said. Great job, Massachusetts. You actually made Christian conservatives look prescient about the slippery slope of gay marriage and that really takes some doing. Now even Dutch college students think it's a you-can-even-marry-your-toaster-free-for-all.

Yet I am not here to talk about sexual politics. If Massachusetts wants to be the place where you can marry your cat, that's their business. I am here to talk about the important things, like how can relationships with a robot be better than dealing with women?

You may be thinking it is obvious; a robot can be programmed. It's never so simple, even with robot women. As soon as A.I. gets to a point where you can fall in love with them, they will have enough independence to not program so easily. The goal, then, should be to limit the programming just enough that your robot girlfriend doesn't care if you stay out late playing poker or sleep with her sister. Mostly it means just eliminating the personality algorithms altogether and staying with the important functions. 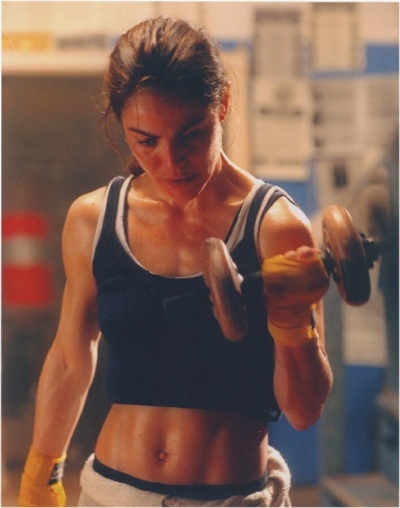 Before her descent into alcohol-fueled madness, Yancy Butler was the hottest robot ever in "Mann&Machine"
So Levy can keep his 12 reasons people fall in love and how they can apply to robots. Here are 10 reasons it will be better just to keep them for the sex:

3) With a robot, Larry Craig can get dates outside of public restrooms 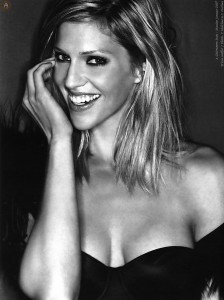 Though too obviously nuts and thus too eerily similar to real women for comfort, this Cylon robot still makes it Battlestar Fantastica
6) A robot won't take half of your assets when you replace it

7) You won't need counselling to fix a robot's alignment

9) You won't be able to marry a robot outside Massachusetts

So what do you think? Do we need to re-examine the social fabric of our culture and re-define what intimacy is? Will this change the very nature of humanity and civilization?

I have no idea. I just want to know if they will make a version that can create pie crust from scratch.
Science & Supermodels
More Articles All Articles
About