Though the developed world is concerned about greenhouse gas emissions implicated in climate change and global warming, reactions in nature have been less consistent.

Polar bears have been increasingly forced on shore due to sea ice loss, where they eat berries, birds and eggs, while ice seals, the usual lipid-rich prey of bears, couldn't be happier that thinner ice has made them harder to get to.

Writing in Ice Seal Ecology FTW, ecologists from the United States Geological Survey and Seals Versus Bears International noted that global warming has halted the unrelenting attacks by polar bears on ice seals and they are now in a land war with grizzly bears.

The study found that polar bears have been increasingly observed consuming bird eggs while ice seals have been frolicking happily on the drastically thinner ice. Ecologists are divided. Few foods are as energetically dense as juicy seals and polar bears need a high-lipid diet, which provides all essential nutrients and is ideal for maximizing fat deposition and minimizing energetic requirements. 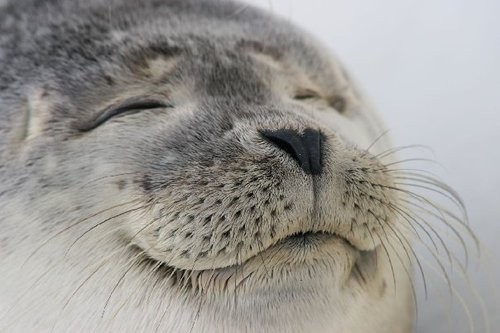 On land, potential foods are dominated by high-protein, low-fat animals and even that vegan shit. Polar bears can't digest plants, and it would be difficult for them to ingest the volumes that would be required to support their large body size.

Advocates for seals are cautiously optimistic. "I think it's over, and the bears lost. We're pursuing a ban on electric cars, or at least to insure that electricity is only generated by solar power so no one will ever have it. Therefore warming will stay at high levels and seals can live in peace."
Science & Supermodels
More Articles All Articles
About