Home > Physics > The Science of Motherhood

Kimberly Crandell
Spring has officially arrived. I don’t need the budding trees or the warmer temperatures to tell me – I can tell just by the chatter of birds that has returned, kicking into high gear as soon as the sky begins to lighten each morning. We have a large tree in our back yard, and it appears to be one of the neighborhood meeting places for local birds of all shapes and sizes. It’s not something I mind; in fact I’m sure I’ve encouraged it by hanging a fairly substantial bird feeder on one of the lower branches of this particular “meeting tree.”

As the weather warms and my family and I spend more time outdoors, I’m cheered every time I look up and see various feathered friends swooping in to congregate among the tree’s branches. Due to the fact that there is food involved, quite often squabbles break out. And then it is just as entertaining to watch the defensive acrobatics that take place as some enterprising sparrow tries to feed, while at the same time preventing any others from doing the same. 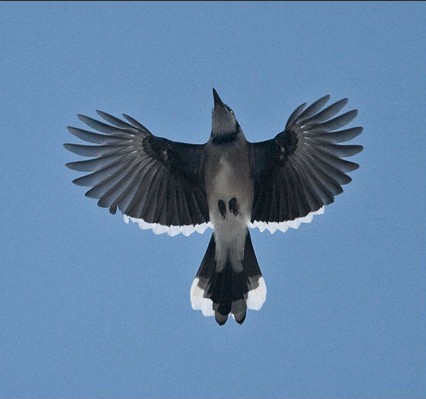 As entertaining as all this is, there is some pretty amazing physics taking place as these birds turn, loop, hover, and land – but as much study that has gone into discovering how exactly birds fly, there is still a lot that is still unknown. However, researchers at the University of North Carolina have uncovered at least one of the secrets of flight: when birds, bats or bugs make a turn, all they have to do is start flapping their wings normally again and they straighten right out.

It may sound like common sense, but the scientists that poured over frames of high-speed film expected it to be a much more intricate affair for creatures-of-flight to pull out of a turn. They were simply anticipating there to be more steps; more of a beginning-middle-end sequence of events to perform a turn, and then a return to normal flight. Not so, says lead researcher Tyson Hedrick. It’s a simpler, one-step process. Launch a turn and then simply flap normally to end it and fly away. (1)

“We didn’t expect things to fall out this neatly,” Hedrick said, particularly because the process is the same for animals of all sizes from the fruit fly to the bat to the cockatoo. “It’s sort of unusual” to find a general rule to cover six orders of magnitude in size.

The findings will hopefully help in the development of a robotic flying machine. However, with this study they have tackled only one of the three axes of motion – turning left or right, or yaw. They still have pitching (nose up or down) and rolling (tilting left or right) to deal with. The situation does become more complicated with more complex maneuvers, “and that is clearly the next step,” Hedrick said.

The physics of flight is all about airflow over the wings. The lift and thrust generated by the bird’s flapping motion, offsets the weight and wind resistance or drag of the bird flying through the air. The bird’s anatomy is uniquely designed to reduce weight as much as possible (more on this later). And the design of the bird’s wings produce lift due to their concave airfoil shape – resulting in a pressure differential between the upper and lower surfaces of the wing as air flows across it.

This front view of a bird's wing show the leading edge of the wing (red line), the top surface of the wing (green line) and the trailing edge of the wing (blue line).  The air that moves over the top of the wing has further to travel to get across the wing, thus it speeds up. This causes the pressure to drop because the same amount of air is exerting its pressure over a greater area. Meanwhile the air going below the wing experiences the opposite effect. It slows down, generating more pressure. As a result, a bird with air moving over its wings is feels an overall force pushing it upward. The more curved the airfoil, the greater the lift – providing the degree of curve does not impede the flow of air.

It is this concept that is applied to modern fixed-wing aircraft. The wings of a plane are designed to mimic this curved airfoil shape. At lower speeds, planes extend flaps behind the wing to extend the airfoil and increase its curve – to maintain lift even as less air flows over the wing. What modern science hasn’t been able to replicate is constant movement and adjustment, twisting and bending, that a bird does with its wings throughout its flight. This dynamic flexibility enables birds to cut and dive in the air, and even hover in place – abilities that are far beyond what can be addressed with a simple fixed-wing aircraft.

Even if scientists can figure out the physics behind all of these various elements of flight, they’re going to have a hard time out-engineering the unique design and structure of birds which enable them to put all of this physics into motion. The entire anatomy of a bird is designed for flight. It’s quite fascinating how these living creatures are uniquely designed to minimize the pull of gravity, and maintain the essential “load balancing” required for sustained and controlled flight. 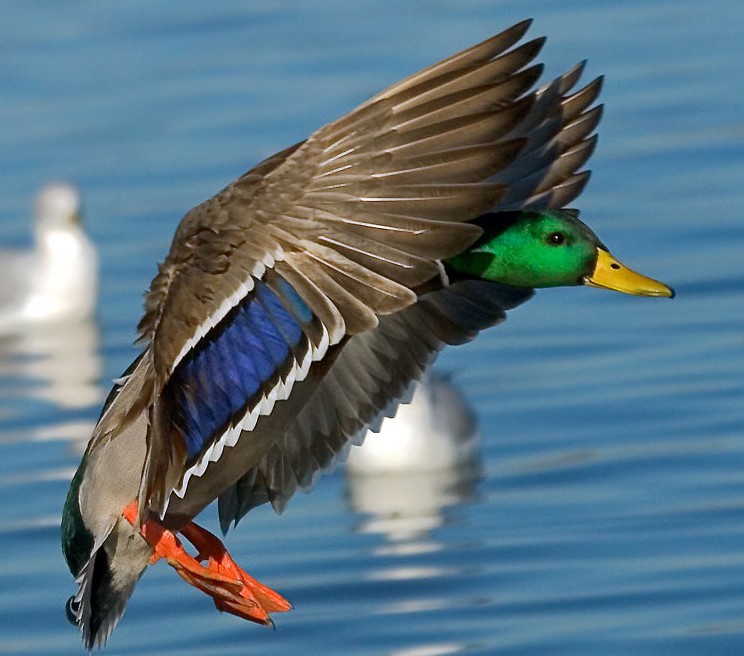 Birds have adapted to be as light as possible. They have hollow bones, and light hollow feathers instead of fur. As everyone knows, birds lay eggs – but this makes sense so that babies are developed outside of their mothers’ bodies, instead of carried inside while she tries to maintain normal flight. (I can only imagine what the flight of a heavily pregnant bird would look like.)

Birds eat foods that are very high in usable calories so they get as many calories as possible from a small amount of food. Seeds, fruits, and meat (from prey) are the main food items for birds. Virtually no birds eat leaves, which take a long time to digest. Their efficient digestion allows birds to get rid of useless weight very quickly. In addition, birds don’t have bladders. A bird urinates as soon as it has to, getting rid of useless weight. Which is why of course we are wary any time we find ourselves beneath a bird, and why you can never housebreak a pet bird – even the really smart ones.

Birds don’t have teeth or a nose, which are heavy and would be too far forward. To grind their food, their stomachs have a gizzard near their center of gravity. They use their mouth and nostrils located on the top of their lightweight beak to breathe. But bird lungs don’t fill up with a lot of air like ours do. To maintain their center of gravity, all of a bird’s heaviest organs must reside in their chest. Therefore, that precious real estate cannot be taking up by expansive, lightweight lungs filled with air. Instead, a bird’s lungs, which can hold very little air, are flat and sit against their back ribs. The air birds breathe in flows through the lungs into big balloon-like air sacs that fill much of their lower abdomen, behind their center of gravity. When they breathe out, the air flows back through the lungs through different passages. (2)

I completely understand the desire of scientists to discover, and mechanically replicate, the elements that make it possible for birds to fly. It’s a mystery after all, and we all love a good mystery. But in addition to trying to develop a robotic flying machine, I’m glad we’re also still uncovering modes of flight that don’t resemble things that birds can do at all. This baby, for example. I can’t wait to buy a ticket as soon as one of these little beauties is available.

In the meantime, this summer I’ll continue to enjoy observing the spectacle of birds in my back yard that have already perfected all the elements of flight. That is, until the morning comes months from now, when instead of hearing the chattering of birds I wake to the sound of honking Canadian geese – a sure sign of the onset of autumn, just as the songbirds mark the arrival of spring.

(1) http://www.newsobserver.com/1565/story/1479515.html
(2) http://www.learner.org/jnorth/tm/FlightLesson.html
The Science of Motherhood
More Articles All Articles
About