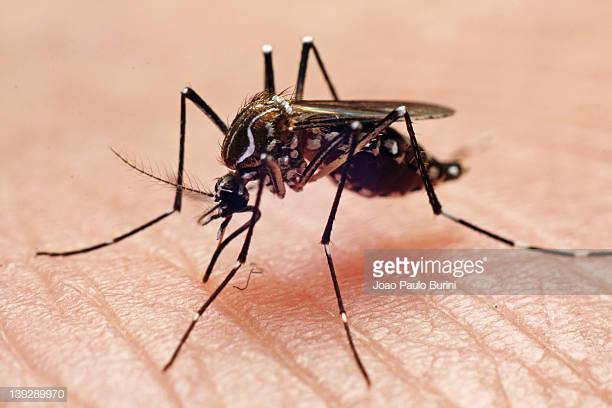 Malaria is an infectious disease causing more than 400,000 deaths per year predominantly among children and pregnant women. While the disease originates in sub-Saharan Africa and various tropical environments it is by no means confined to these already extensive areas. Tourism and the deployment of diplomatic and/or military personnel to these same areas from around the world allow for the exposure of untold millions of additional people to this disease making it more and more a global health threat. The eradication of malaria has been impeded by the rise of resistance to current drugs. Research involving a new class of antimalarial drug candidates was recently published in Science Translational Medicine.

Pantothenate (pantothenic acid, vitamin B5) is a water soluble vitamin that is essential for the malaria parasite's viability due to its role in the biosynthesis of coenzyme A (CoA). The structures of Pantothenic acid and Phenethyl-PanAm are shown below: 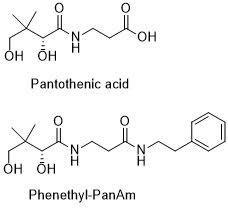 Phenethyl-PanAm is an example of an early class of inhibitors of CoA biosynthesis. While these compounds exhibited antimalarial activity in vitro they could never be developed as clinically useful agents due to their hydrolytic instability. This class of compounds are susceptible to hydrolysis by the ubiquitous pantheinase enzymes of the vanin family. Medicinal chemistry performed by the researchers has led to a new class of very potent and hydrolytically stable compounds. A few are shown below along with their IC50 values (nM) against the P.falciparum NF54 asexual blood stage in vitro: 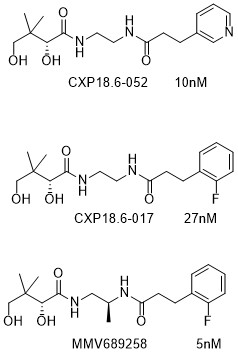 With regard to stereochemistry the (R) configuration of the secondary alcohol and the (S) configuration of the methyl group are essential for potency since epimerization of one or both lead to inactive compounds. Compound MMV689258 was evaluated in vivo. The compound was well absorbed upon oral dosing exhibiting 33.6% bioavailability in mice and 63.4% in rats. This compound was then tested in a humanized mouse model infected with P.falciparum. At single doses ranging from 25 to 200 mg/Kg given 3 days after infection, parasitemia was reduced by 77-99.9% at day 7 compared to untreated control mice. In all of the animal experiments the drug was well tolerated as no obvious acute adverse effects were noted. Additionally, the drug caused no detrimental effects on red blood cell counts. This new class of compounds represent a much needed therapeutic tool in the ongoing fight against Malaria.

The paper can be found here:

The Science Sage
More Articles All Articles
About