Danna Staaf
A couple of dead giant squid have turned up--almost exactly on opposite sides of the globe! Surely this is some kind of portent?

Architeuthis #1 was spotted off the coast of Tenerife, in the Canary Islands:

"The animal was in good general condition although some of the tentacles and the eyes were missing. It also showed its original pigmentation," said Rafa Herrero, a documentary maker, to EFE agency.

Architeuthis #2 washed ashore on Farewell Spit, on the south island of New Zealand:

Paddy Gillooly, of Farewell Spit Tours, said visitors were thrilled to spot the deep-sea creature, which is the biggest invertebrate. ''We got a real buzz. It's the first one we've seen on the spit in three years,'' said Mr Gillooly from the Farewell Spit lighthouse this morning.

I've never been to the Canary Islands (though I have been to other parts of Spain) but I've totally stood on Farewell Spit, which somehow makes it 200% more awesome to think of a giant squid washing ashore there. 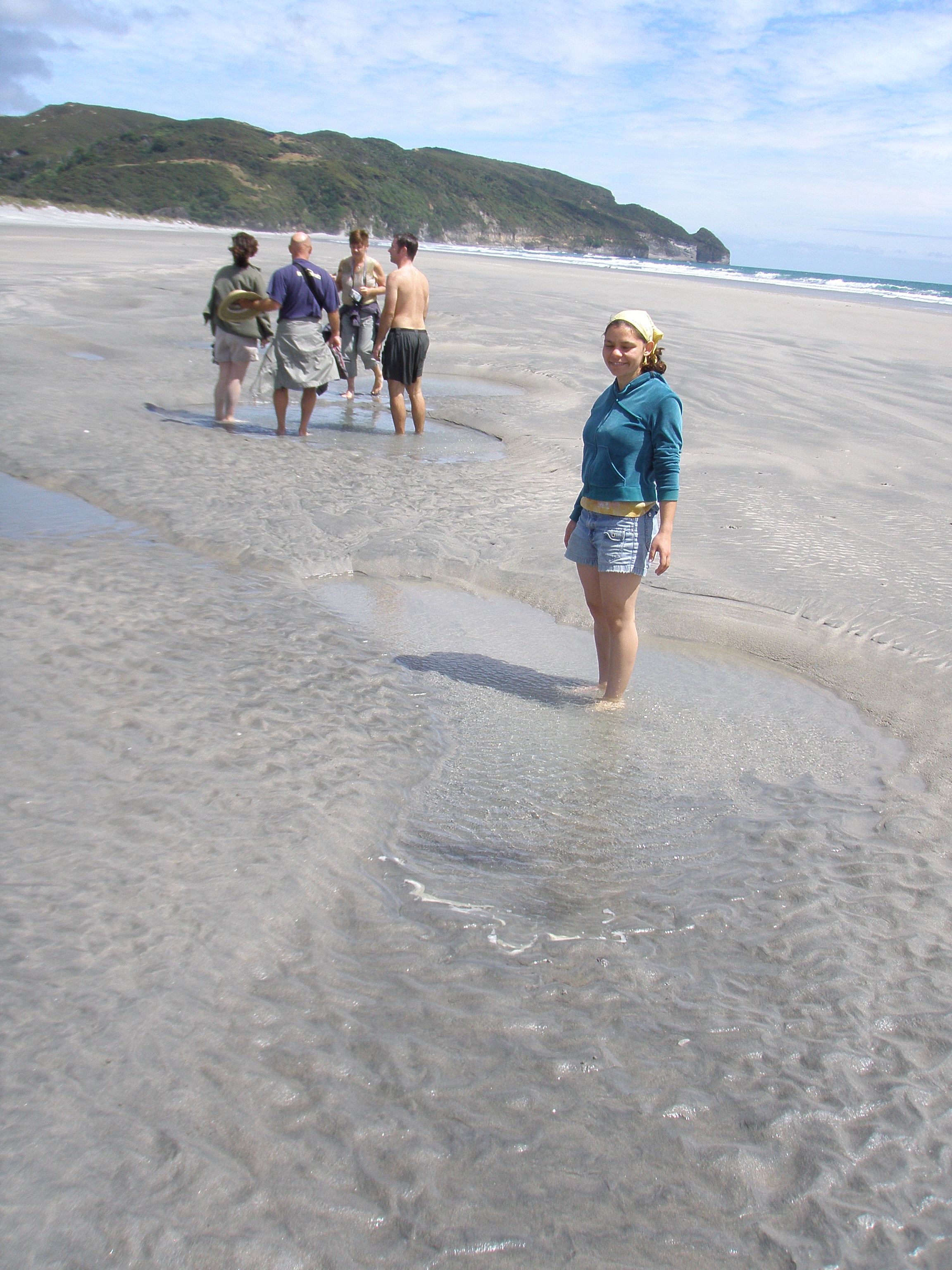 Me + kiwi in-laws. No giant squid, but Farewell Spit is still pretty cool.

Hat tip to Deep-Sea News for the NZ find!

Oh, in unrelated news, I did a guest post for my friends' awesome blog Science Fare. It's full of chocolate chip cookies and totally devoid of squid, but you should go check it out anyway.
Squid A Day
More Articles All Articles
About