Danna Staaf
What to look for in the next decade, as far as squid are concerned? Certainly new species will be discovered and described. Fisheries will probably spring up for species that have never been fished before. These will boom, and probably bust.

But the real question on everyone's mind: will we have a giant squid in an aquarium by 2020?

I don't know about you but, personally, I can't get enough of giant squids: great Routemaster-sized carnivores with bone-snapping beaks, eyes the size of dinner plates and churning tentacles.

See? It's not just me! This quote comes not from a teuthologist obsessed with the mysteries of the giant squid, but from a Daily Mail journalist, in a review of The Devil and Sherlock Homes: Tales of Murder, Madness and Obsession, a curious collection of stories by David Grann:

One [chapter] takes us to the deep sea, as Grann follows the Indiana Joneses of the cephalopod world in their quest to find a real live giant squid. . . No one has ever captured one alive, although one riveting attempt by a marine biologist did yield 12 feet of snapped-off tentacle.

That riveting attempt was, of course, the first triumph of Tsunemi Kubodera, Japan's giant squid expert, who topped this accomplishment a couple of years later by capturing the first-ever in situ video footage of a giant squid.

A few thousand nautical miles to the south, New Zealand's own Steve O'Shea is taking a different tack--for years, he has been trying to find baby giant squid and rear them in the laboratory. But now,

O'Shea is using broad squid, sepioteuthis australis, as guinea pigs for his latest project. . . "The broad squid is very difficult to rear in captivity due to its 3mm size on hatching and the complex changes in diet over the first 60 days of life, but it brings me one step closer to the end game - growing giant squid," O'Shea says.

(I like the use of the term "sea squid" in this article--as opposed to "river squid" or "land squid"?)

The Auckland Institute of Technology, where O'Shea works, issued a press release about this latest project, pointing readers at the Squidcam, supposedly a live feed where viewers can watch the baby squid develop. At the moment, I can't see anything through this mystic portal--maybe the camera's pointed the wrong way?

Although it's frightfully disappointing that Marine Biologist Hopes to Raise Giant Squid In Captivity is all about trying to raise non-giant deep-sea squid, still, it's not a bad strategy. Squid are really hard to keep in captivity so any progress you can make, with any species, is a start.

Meanwhile, the giant squid are still out there, lurking in the deep, keeping their secrets, and occasionally washing up dead for us to scratch our heads over. Just a few days ago a giant squid washed ashore in Niigata, Japan. Its mantle was over five and a half feet long, which is unremarkable as giant squid go, but pretty darn big as far as weird animals we know almost nothing about go.

Giant squid certainly capture the scientific imagination. Marine biologists from Aberdeen are joining Kubodera in the hunt for giant squid in the wild:

The University of Aberdeen's lab's researchers have delved 36,000ft (10,972m) beneath the ocean surface off the coast of Japan in the Mariana Trench – the deepest part of the ocean. . . Ocean Lab technical director Phil Bagley . . . still has his eye on the ultimate discovery – filming the giant squid in its natural habitat.

With these scientific Ahabs in fierce pursuit of their white squid, I'm certain that by 2020 we'll get some more footage of Architeuthis in the wild. And I can't wait to see it! I hope it'll be aired on that new documentary with Kubodera . . .

But will we have giant squid in captivity, as babies or as adults? 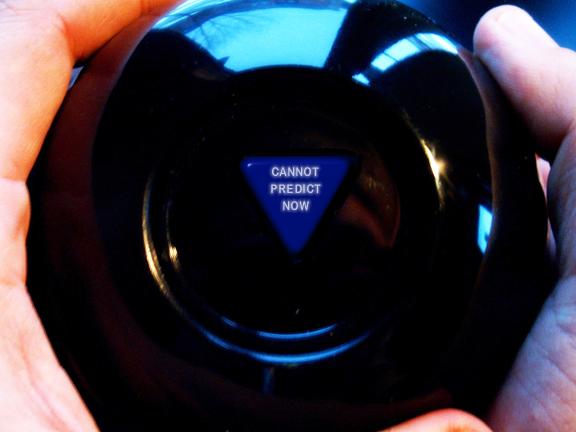