Fire a machine gun at a wall with two slits. Look at the pattern bullets make that pass through. The pattern is the sum of two Gaussian curves. Classical physics makes sense.

The logic of quantum mechanics in experiments with two slits is not just strange: the explanation using quantum interference is logically inconsistent. Constructive interference has "this plus that" making the big signal. Destructive interference has "this minus that" for the places with no signal. Yet one can use a super low intensity source, so low that "this never sees that". One cannot do the addition or subtraction. I accept the experimental results which have been confirmed time and time again. An explanation is a story we tell each other. The quantum interference story doesn't make sense. 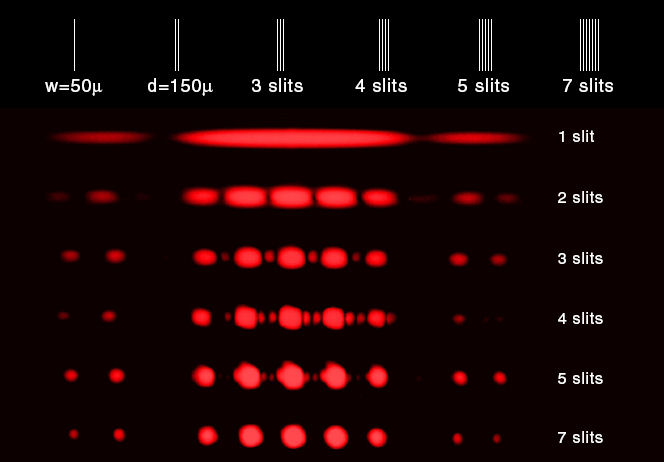 I deliberately neglected to use a vital word in my description: the source must be coherent. If one uses an incoherent source, no light and dark bands are seen, no matter how many slits are used. Since coherence is essential in the description of the source, why not talk about a spacetime coherence pattern at the detector? A source coherent in spacetime leads to a coherence pattern. There is no constructive coherence. There is no destructive coherence. There is the position where no signal appears which is a function of the geometry of the slits. 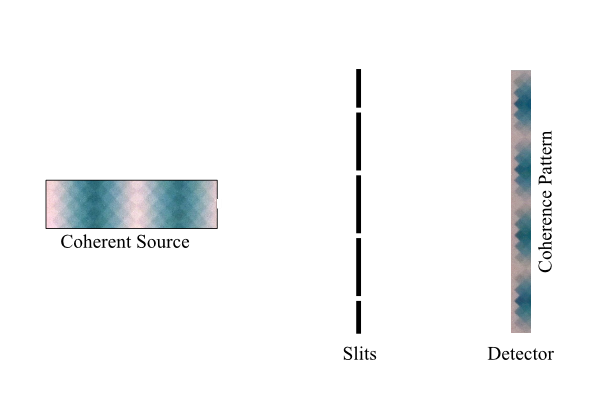 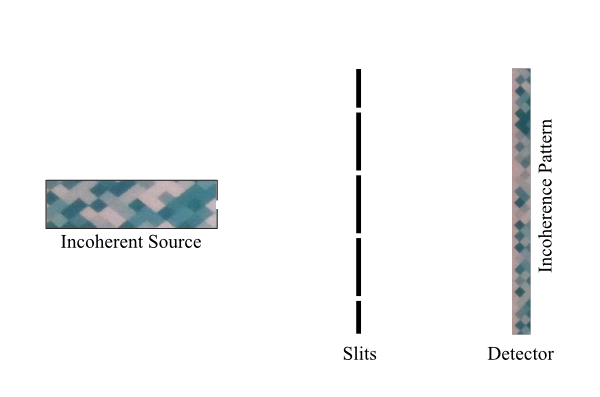 It was random at the start, and the results are random.

What has given people more concern are sources that start out as coherent, but spies placed at the slits to see which one was really used end up generating an incoherence pattern: 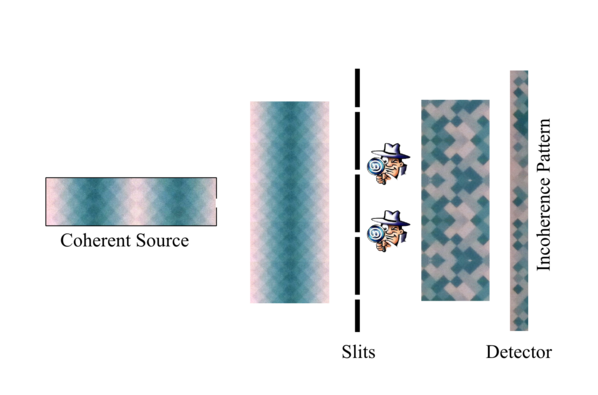 Recall these spies can only work by making contact with particles as they pass through. Kicking particles around will surely make a mess of a super-tidy spacetime coherence pattern. One can imagine a transition from a coherence pattern to an incoherent one and back again depending on how much physical mess the spies make.

A coherence pattern can be constructed bit by bit, so long as the time involved is less than the coherence length. A source that is coherent in spacetime will look like it has a coherence pattern at the detector so long as no one butts their nose into the proceedings. Slits do change the distribution of the light and dark bands.

None of the math is changed by this proposal. Instead it is the story told of what is happening. Seeing coherence patterns appear on a detector because there is a coherent source makes sense to me. I hope it makes sense to you.

The coherent source is often modeled as a plane wave. Write the quaternion valued plane wave like so:

A0 is the amplitude

omega is an angular frequency

k is a wave vector

psi is a phase shift