It wasn’t that long ago that it was believed that regular periods were essential for women's health and in their absence, a loss of blood through another orifice was a fair substitute.

In a classical Greek text linked to Hippocrates, the Aphorisms, it was written that “a nosebleed is a good thing if the menstrual period is suppressed”. So too was vomiting blood. And these beliefs lasted in western Europe until the middle of the 19th century.

But what was the theory behind what now seems a pretty alarming set of beliefs?

1. A build up of blood caused illness 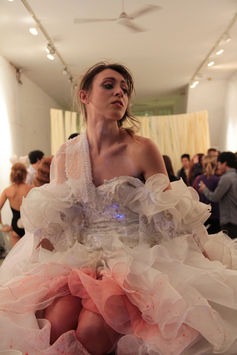 Hippocrates and others thought blood needed to be shed lest it lead to illness. Obviously we now know about ovulation and the role of hormones in the menstrual cycle but these were only discovered in the years from 1890 to the 1920s.

Before then, menstrual blood was not understood as the shedding of the lining of the womb. Instead people thought it accumulated from all over the body, because women had naturally softer and more spongy flesh than men.

From puberty to menopause, this blood needed to come out regularly every month, otherwise it would build up and cause illness. Goes well with a nice chianti. Jonny Hunter, CC BY

Bleeding also proved that women had the potential to conceive, as the blood was believed to form the baby and then to nourish it in the womb. As Galen, the ancient Greek physician and physiologist, wrote in his treatise Mixtures: “Blood is potentially flesh, as it requires only the smallest change in order for flesh to be produced.”

No blood, no chance of a baby. Today, we know that the placenta keeps an unborn baby’s blood supply separate and provides oxygen and nutrients to the baby via the umbilical cord.

3. Losing a pint of blood was ‘normal’ Does this come in a bigger size? menstruationstasse.net, CC BY

How much blood were women expected to lose? Today a “normal” period is expected to be around 80mm, or three fluid ounces, of blood. In the fifth century BC, in the Hippocratic medical texts, such as Diseases of Women, it was two attic cotyls in over two to three days. This is around a pint – a very heavy loss.

This figure may have come from what was seen as the maximum capacity of the womb. When this organ was washed out with wine or milk, the maximum amount of fluid to be passed in was normally set at two cotyls.

In the 19th century, a loss as great as half a litre of blood from the ears could be interpreted as due to missing a menstrual period. History shows that far more diverse and heavier losses than anything we know about today were attributed to menstruation.

4. Bleeding like a sacrificed beast was a good thing The classical Greek medical writers also mentioned the ideal of a woman bleeding “like a sacrificed beast”. To the modern reader, that sounds unpleasantly bloody. For a woman in ancient Greece, it would have been seen as something more admirable, since it was animal sacrifice that linked the human world with the gods.

However, the expectation of heavy loss is common in modern times too. As late as the 1960s, anthropological fieldwork in a Welsh village still found some women wanting to have a heavy period, saying they felt better after one. Medical theory did not always support such beliefs. Many medical writers in the sixteenth century insisted on menstrual blood being no different from any other blood, though the belief that the blood was “polluting” in some way may not have been believed by ordinary people.

Like the lining of the womb, the nasal lining is a mucous membrane, and both can respond to oestrogen by swelling and then bleeding. Endometriosis, a condition in which cells from the lining of the womb migrate to many other parts of the body (usually the pelvic region), can cause bleeding in response to hormonal stimulation. This can occur in unusual sites, such as the navel.

So is this the explanation for the readiness of physicians in earlier eras to regard bleeding in women as “menstrual” regardless of its location? Perhaps, but as endometriosis in locations other than the pelvis is unusual, it’s more likely that menstruation, as a dramatic difference between the sexes, took on a lot of other cultural meanings which were then extended to any other sort of blood loss – if it was a woman doing the bleeding.

Helen King, Professor of Classical Studies at The Open University, does not work for, consult to, own shares in or receive funding from any company or organization that would benefit from this article, and has no relevant affiliations.