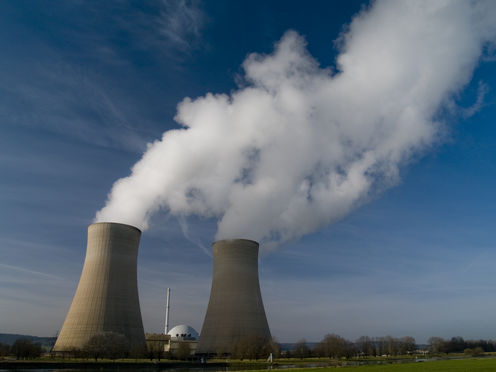 Thorium has its advantages over uranium nuclear power, but is it right for Australia? Credit: dymidziuk.janusz, CC BY-NC-SA

Australia has developed something of an allergic reaction to any mention of uranium or nuclear energy. Blessed as we are with abundant reserves of coal, oil and gas, we have never had to ask the hard questions many other nations have had to ask – questions the answer to which has been “nuclear” for many of those nations.

Yet with the looming spectre of climate change and greater calls for a shift away from fossil fuels, nuclear power is once again on the agenda. The South Australian government has even called for a royal commission to investigate the plausibility of nuclear power in this country.

With discussion of uranium seeming to be out-of-bounds in some quarters, a growing community of devotees has sprung up around an alternative nuclear fuel: thorium. But is it right for Australia?

The call for thorium power is not without precedent worldwide. India has pursued thorium technology for decades. And China is revisiting a molten salt reactor design mothballed by the USA in the 70’s. Recently, several companies have sought to commercialize thorium energy, including an Australian-Czech alliance.

Thorium (atomic number 90) shares several similarities with its neighbour two doors down on the periodic table, uranium (atomic number 92). Both elements are silvery metals and are mildly radioactive as ores. They are each moderately abundant in the Earth’s crust, and can release prodigious amounts of energy under the right conditions. Thorium, named after the Norse god of thunder, and is a lightly radioactive metal that is slightly lighter than uranium. W. Oelen, CC BY-SA

One critical difference is that thorium, in its natural state, is resistant to fission. This is the process whereby the atomic nucleus splits apart, thus releasing energy that can then be harnessed to generate electricity.

Uranium can undergo fission relatively easily, but for thorium to undergo fission – and be useful in a nuclear power plant – it must first be converted into a usable form. This is done via a process known as “breeding”, where the thorium absorbs a neutron, thus transmuting into a heavier element that can later undergo fission.

Thorium was first studied as an energy source during the Manhattan project, but uranium proved much easier to work with. During the post-war commercialization of nuclear energy this dominance was reinforced. Engineers identified myriad paths to design reactors based on uranium, while the added complexities of thorium meant that alternatives didn’t get much of a look in.

Today, advocates of thorium typically point to a variety of advantages over uranium. These include fail-safe reactor operation, because most thorium reactor designs are incapable of an explosion or meltdown, as was seen at Chernobyl or Fukushima. Another is resistance to weapons proliferation, because thorium reactors create byproducts that make the fuel unsuitable for use in nuclear weapons.

Other advantages include greater abundance of natural reserves of thorium, less radioactive waste and higher utilization of fuel in thorium reactors. Thorium is often cast as “good nuclear”, while uranium gets to carry the can as “bad nuclear”.

While compelling at first glance, the details reveal a somewhat more murky picture. The molten salt architecture which gives certain thorium reactors high intrinsic safety equally applies to proposed fourth-generation designs using uranium. It is also true that nuclear physics technicalities make thorium much less attractive for weapons production, but it is by no means impossible; the USA and USSR each tested a thorium-based atomic bomb in 1955.

Other perceived advantages similarly diminish under scrutiny. There is plenty of uranium ore in the world and hence the fourfold abundance advantage of thorium is a moot point. Producing less long-lived radioactive waste is certainly beneficial, but the vexed question remains of how to deal with it.

Stating that thorium is more efficiently consumed is the most mischievous of the claimed benefits. Fast-breeder uranium reactors have much the same fuel efficiency as thorium reactors. However, they weren’t economic as the price of uranium turned out to rather low.

Peering into the crystal ball

None of these factors are reasons to ignore thorium, which may yet prove to have a significant role to play. New thorium-based reactors under construction in India and China will focus attention once again on the viability of thorium power. However, only time will tell whether thorium can strike a disruptive path forward.

From a national perspective, the development of thorium technology would be a major boost. Australia possesses around 10-15% of the world’s thorium reserves, in addition to its 30% share of uranium reserves.

Developing a market for thorium would also solve a serious problem for the green-technology rare earth industry. Thorium is an unwelcome contaminant in rare earth ores, making the tailings slightly radioactive. This leads to social and political problems in the processing phase as seen recently in the licensing struggles of Australian-owned Lynas Corporation in Malaysia. Having an avenue to sell the extracted thorium would change the whole dynamics of rare earth processing.

As for whether thorium might reframe the discussion of nuclear power in Australia, the question comes too soon. The engineering and economics of thorium must first be demonstrated.

No thorium reactors operate commercially worldwide, whereas 430 operating uranium reactors produce 11% of global electricity. If Australia does eventually decide to build nuclear power plants, the best choice would almost certainly be a proven design based on existing third-generation uranium technology.

Such a decision is, however, a long way down the road. As a nation we haven’t even managed to figure out the best way to handle slightly radioactive gloves in hospitals, let alone have a mature conversation about nuclear power.

The real question is whether Australia can find a way forward to have a civilised discussion about how to generate non-fossil baseload power. And so, by all means, we should talk about thorium, but let’s not demonize uranium at the same time.

By Nigel Marks, an Associate Professor in the Physics department at Curtin University. In 1996/97 he worked at the Australian Nuclear Science and Technology (ANSTO) in the reactor division. More recently he has received grants from the Australian Research Council, ANSTO and Los Alamos National Laboratory to study radiation processes in solids. This article was originally published on The Conversation. Read the original article.