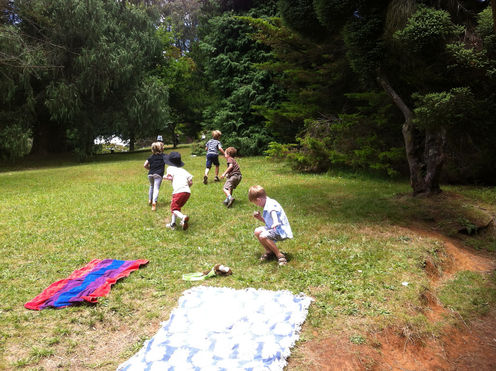 Earlier this year, an American mother was arrested for allowing her nine year old daughter to play unsupervised in a park while she finished her shift at work. Even though this story got a lot of press, it is not a standalone event. Recently, there has been a rash of cases reported where parents have been arrested for allowing children to play in the park alone, walk to the park alone, and even just play unsupervised right outside their own home.

There’s growing evidence that unsupervised outdoor play is vital for children’s development and connection to nature. There’s also evidence that children today spend much less time outdoors than their parents did.

So, if we’re arresting parents rather than encouraging them to let their children play unsupervised, what does this mean for our kids?

Our mothers all should have been arrested

Although many of these cases come from the United States, the practice of police intervention in unsupervised time for children is not unheard of in Australia, with police around Sydney threatening to report parents of children seen walking alone. Most of these “crimes” involve another parent or adult complaining about a lack of supervision. These “crimes” all involve allowing children do something that was commonplace only a generation ago — going outside on their own.

Although these headlines causes many of us to scratch our heads, a recent poll from the US indicates that many parents do think that allowing children to play outside alone should be a crime.

Where did this thinking come from? Don’t most of us have memories from our own childhood of playing outside and exploring without an army of helicopter parents watching over us?

If allowing children to freely play outside unsupervised was considered a crime when we were children, wouldn’t most of our parents be in jail?

Back in the good old days…

According to Richard Louv, children today do not get enough free play outdoors, resulting in “nature-deficit disorder”, where people lose a connection with the natural world. Why do many of us have fond memories of climbing trees and walking to the pond to fish for yabbies (without an adult in sight), whereas children today seem to be lacking in such experiences?

Distances children are allowed to roam have shrunk over several generations. A report in 2007 out of the UK illustrates this point through mapping the distances traveled at age 8 over four generations. Children are indeed spending more sedentary time indoors engaged with technology.

Reasons for this include a loss of open outdoor space, families' busy schedules, an emphasis on structured team sports, over-reliance on electronic media for entertainment, and a “culture of fear”, in which people are afraid to go outside. Often this fear is due to heavy media coverage of violent events involving children.

Our own research published this week, which includes a small sample of parents and early childhood educators, shows that even though unsupervised play outdoors was a fond memory for many parents, it is something they do not list as an opportunity they provide for their own children. Why not?

Even though some parents understand the value of outdoor play, they can still be wary of “stranger-danger” and other perceived risks.

Data on kidnapping risk, particularly in Australia is hard to find. We estimate from 2013 ABS data that the risk of a child under 14 being kidnapped (by anyone, including relatives and people known to the child) is about 1 out of 22890. The risks of accidents or kidnapping are no higher today that they were 30 years ago in the US and it is likely this would hold true in Australia as well if data were available.

Although media often hype up the idea of “stranger danger”, children are actually more likely to have a heart attack than they are to be kidnapped by a stranger.

There are many benefits to unsupervised outdoor play and experiences in nature, including a reduction in obesity and the symptoms of anxiety, depression and ADHD. Research has shown that children learn self-control over their own actions and decisions in this time alone without their parents. Without time unsupervised, children may not develop a sense of self-control or an ability to judge and manage risk on their own. By keeping our children locked up inside, we’re basically conducting a large uncontrolled experiment on our own kids where the consequences are unclear.

More research is needed on the benefits of unsupervised outdoor play. Certainly the answer is not to arrest mothers for letting their children play outside. Arresting parents is sure to be traumatic for children and families and has more negative consequences than letting a child play alone in a park. Shouldn’t children have a right to participate in free play outdoors?

One move in the right direction could be to develop a greater sense of community in our neighborhoods. By knowing our neighbors and interacting positively with those around us (before calling the police), we can create a better and safer environment in which our children can thrive.

Shelby Gull Laird is Lecturer, School of Environmental Sciences at Charles Sturt University. Laura McFarland-Piazza is Lecturer in Early Childhood Teacher Education at Charles Sturt University.  The authors do not work for, consult to, own shares in or receive funding from any company or organization that would benefit from this article. They also have no relevant affiliations.