COVID-19: The Immune Systems Of The Overwhelming Majority Do Quite Well
By The Conversation | December 1st 2020 03:01 AM | Print | E-mail

Early in the pandemic, many researchers feared people who contracted COVID could be reinfected very quickly. This was because several early studies showed antibodies seemed to wane after the first few months post-infection.

It was also partly because normal human coronaviruses, which are one cause of common colds and are cousins of SARS-CoV-2, do not generate long-lasting immunity, so we can get reinfected with them after 12 months.

But new preliminary research suggests key parts of the immune system can remember SARS-CoV-2 for at least eight or nine months, and possibly for years.

When a country is invaded by an enemy, it rallies its forces, fights the war and hopefully repels the invaders. While the enemy has disappeared back to their own territory, a smart country sets up watchers to look for any signs of a new invasion. These lookouts know what the enemy looks like and are familiar with their uniform and how they travel.

Our immune system is exactly the same. Whenever we fight a bacterial or viral infection we leave behind certain cells that remember exactly what this invader looks like. These are called memory cells and their job, in the event of another “invasion”, is to warn our immune system early and ensure the right sort of response is mounted. It means we don’t have to start all over again to make a new response, and so reinfection is either eliminated or the time to recovery is much reduced.

This long-lived memory response can last a lifetime for some viruses such as measles.

But how long for COVID?

We have two main parts of our adaptive immune response: B cells and T cells. Both of these cells can generate “memory”.

We’ll talk about B cells first. They make antibodies, which latch onto and destroy disease-causing agents such as viruses and bacteria.

A team of researchers from Australia, led by Menno van Zelm at Monash University, published a preliminary study last week showing the body can generate memory B cells specific to SARS-CoV-2. The research showed these cells last at least eight months, and likely even longer. This means these memory B cells could still rapidly produce antibodies against SARS-CoV-2 eight months post-infection, if the person were to be exposed to the virus again (although this work has not yet been peer-reviewed so should be treated with caution).

Other researchers from the United States showed memory B cells lasted at least six months, in a preliminary study also released last week.

While the researchers from Australia saw a drop in circulating antibodies against the virus after two months in the blood of the 25 patients they looked at, they found memory B cells against two important parts of the virus: the spike protein (what most vaccines are designed to target) and the “nucleocapsid”, another structural protein of the virus.

They say this should give long-lasting immunity.

But we can’t directly prove this, because that would involve reinfecting patients, which would be unethical. So to study this further, we have to rely on natural reinfections.

There have been just 26 confirmed cases of reinfection reported worldwide so far, according to a COVID reinfection tracker by Dutch news agency BNO News (although the true tally is likely higher). With 60 million people infected globally so far, reinfection therefore seems to be a very rare event. 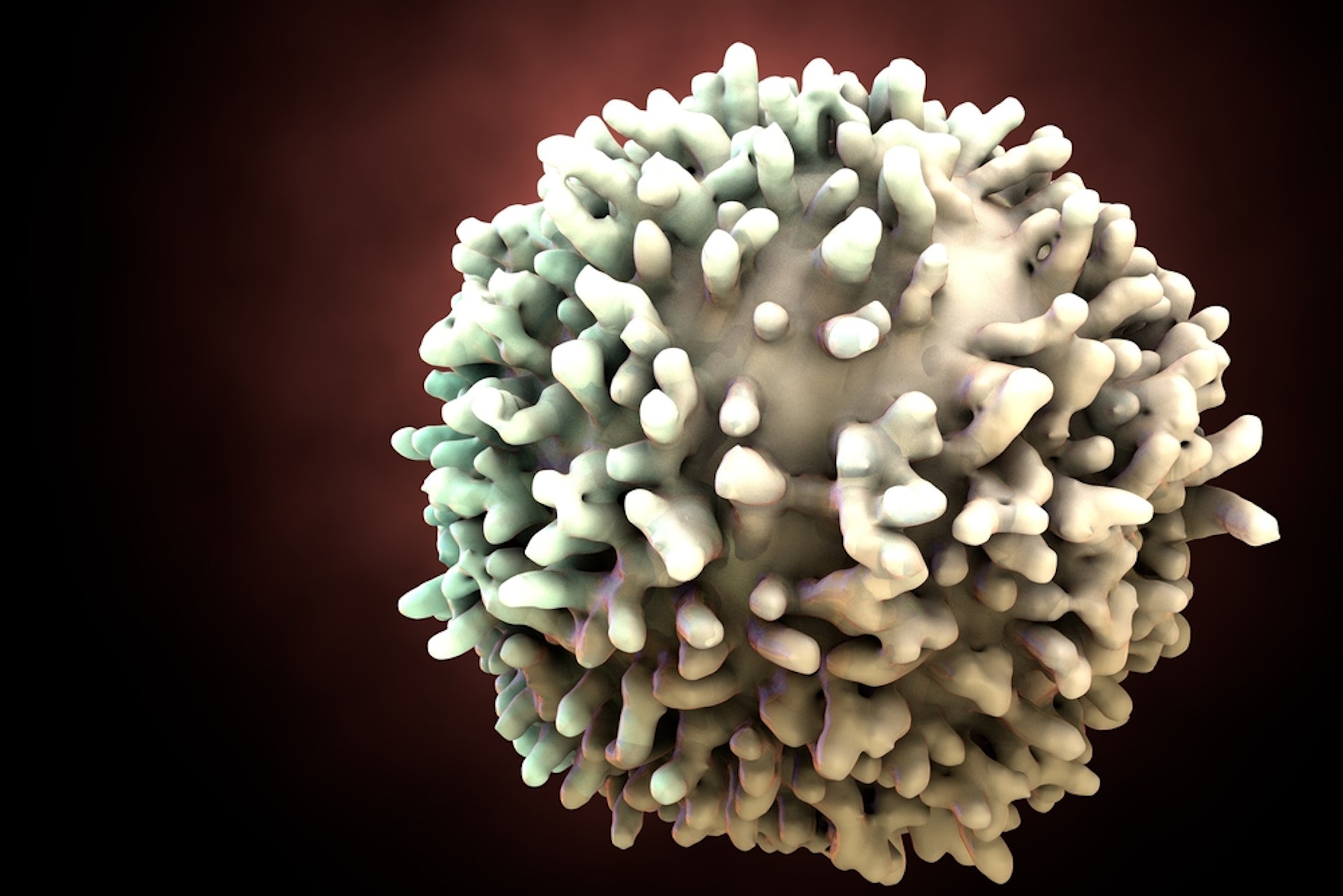 Illustration of an antibody-producing B cell. New research suggests our immune system can remember how to produce antibodies against SARS-CoV-2 at least eight months after infection, and probably even longer. Shutterstock

What about T cells? These are cells that bind directly to infected human cells within the body and destroy them. All infected cells smuggle out bits of the invading pathogen onto their surface, as a kind of “SOS” signal that allows T cells to find the hidden enemy.

Researchers from the University of Oxford published a study in September showing memory T cell responses to SARS-CoV-2. This means certain T cells could remember how to respond to virus-infected cells, long after the initial infection was cleared —although there was no data on how long this may last.

A more recent study, published as a preliminary report last week from researchers in China and Germany, answers this question.

They studied patients from Wuhan, where the first reported COVID cases occurred, and who therefore have the oldest immune responses. They showed T cell memory responses were still present nine months after infection.

So what does this all mean going forward?

So, people who’ve been naturally infected with SARS-CoV-2 can expect reinfection to be rare. If it does occur it will probably result in very mild disease, but otherwise they should be fully protected for at least eight or nine months after their first infection.

But we still don’t know what would happen if someone was re-exposed after this timeline — only time will tell.