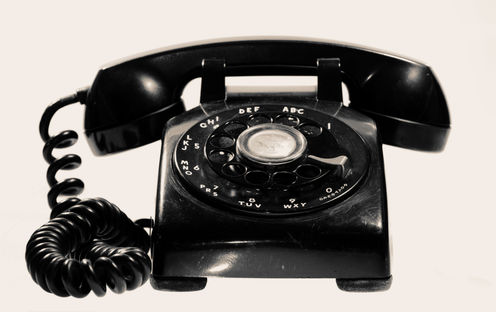 Will the FCC repeat past mistakes of regulating telecommunications as utilities? Shutterstock

That’s not necessarily a good thing.

While the specifics differ by industry, economics research over the past half century has consistently found Title II-style regulation to be inefficient, harmful to innovation and, therefore, costly to society.

The FCC is expected to vote this week on Wheeler’s proposal. While the details of the plan won’t be released until after the vote (expected Thursday), FCC statements and press reports reveal its broad contours.

Until now, ISPs have been classified as “information services” under Title I of the Act, keeping them largely unregulated. The new rules will classify ISPs as “telecommunications providers” under Title II and subject them to public utility-style, common carrier regulations. Under such rules, ISPs will probably not be allowed to enter into exclusive agreements or provide so-called “fast lanes” to content providers. In other words, it would make one version of net neutrality the law of the land.

Even when established with the best of intentions, however, regulations do not necessarily work for the public good. Instead, they become the product of lobbying by interested parties ranging from companies to public interest groups to Congress and others over how to distribute profits. The interactions between the regulator and those parties inevitably lead to increasingly complex and politicized regulatory regimes. There’s no reason to believe it will be any different this time. The 19th century effort to regulate railroads was ultimately a failure. Shutterstock

A trip down regulatory lane

Let’s take an abridged trip down memory lane. Start with the Interstate Commerce Commission (ICC), which was established in 1887 to regulate railroads in response to farmers’ claims of rate discrimination and decommissioned at the end of 1995. Net neutrality proponents would have swooned over the ICC’s enabling legislation, which made it illegal for any common carrier to “make or give any undue or unreasonable preference or advantage to any particular person, company, firm, corporation, or locality, or any particular description of traffic, in any respect whatsoever…” In other words, no preferential treatment.

Like net neutrality, that nondiscrimination sounds simple, but it wasn’t. In 1908, railroads filed nearly 229,000 rates at the ICC. These tariffs differed by distance and what was being transported. The ICC even had a full-time “classification committee” dedicated to setting allowable maximum prices for different types of freight.

The result? Initially, railroad profits increased. When trucking began to compete with railroads, the ICC regulated trucks, too. That was great for the trucking industry, which became a legal cartel with no incentive to innovate and later fought tooth and nail against deregulation. Meanwhile, regulations prevented railroad companies from adapting, driving several into bankruptcy.

The ICC’s experience was hardly unique. Consider natural gas. Even though one cubic meter of gas is pretty much like any other cubic meter of gas, in 1976 the energy regulator established five types of gas based on vintage in order to promote exploration. By the time this regulatory regime was dismantled in 1978, the number of categories had ballooned to 28.

The historical costs of regulating telecommunications as a public utility are well understood. Regulations protected Ma Bell’s monopoly by blocking entry, not just from competing firms, but even from the company’s own innovations like mobile telephony, which the FCC denied AT&T permission to deploy … for a decade!

Given the internet’s unprecedented pace of technological change, regulations covering it are likely to be even more inefficient than what we’ve seen in the past. Under the new rules (as they have been reported), someone could contest virtually any business arrangement, and the FCC could disallow it.

And the FCC should expect numerous complaints.

Already, there have been investigations into existing deals like those between Netflix and ISPs, lobbying against a plan by tiny MetroPCS to stream YouTube, and complaints about T-Mobile’s plan to offer unlimited music streaming, to name just a few. Under the new rules, the FCC would presumably be able to disallow such deals. And those issues are simple compared to the ones the FCC will likely face for services we can’t even imagine yet.

As under previous regulatory regimes, the new rules will become increasingly complicated over time as competing interests influence FCC decision-making. The regulatory snowball will transfer wealth among the existing companies, make entry by newcomers more difficult and is likely to slow innovation. Perhaps over time, the ISPs will be the winners. After all, being a regulated utility has historically been a pretty sweet deal. Or maybe the big companies on the other side of the debate, like Netflix and Amazon, will come out on top if the FCC tends to decide in their favor. Consumers and companies that do not yet exist are likely to be the casualties.

Perhaps those who favor the Title II approach are willing to risk the regulatory downsides because they believe, as Chairman Wheeler argued, the rules would “settle the net neutrality question.” But the net neutrality debate can’t be settled. We’ve been arguing the issue –under different names – for over a century. It is naïve to think that now, finally, the FCC knows how to determine “just and reasonable” rates or business arrangements.

Net neutrality will remain unresolved because the best answers today will not be the best answers tomorrow. Nobel laureate Ronald Coase taught in his treatise The Nature of the Firm that the efficient boundaries of a business do not remain constant. Transaction costs determine what a company makes in-house and what it buys from other ones. That is why we see mergers, divestitures and other organizational changes within firms.

In other words, today’s business models may not be viable in the future. Net neutrality rules run counter to that reality by freezing in place a particular industry structure, making it difficult for firms to respond to underlying changes in technology and consumer demand over time.

The myriad problems of regulation, however, do not mean that it would be better to give companies a free pass. The risks of anti-competitive behavior are real. The government should be vigilant in administering antitrust laws.

Antitrust is a better solution because it is driven by evidence of market power and consumer harm, necessary whenever the practices in question – in this case, vertical integration – can have positive and negative consequences. Additionally, enforcement is case-by-case and can evolve along with technology and our understanding of the effects of different types of commercial arrangements.

Broadband markets are hardly perfect. But 50 years of economics research suggest that the regulatory road we are heading down is far more bumpy and costly than those market imperfections. Hopefully someone will put on the brakes long enough to fully consider the route before we travel it once again.

By Scott Wallsten, Senior fellow at Georgetown University. This article was originally published on The Conversation. Read the original article.