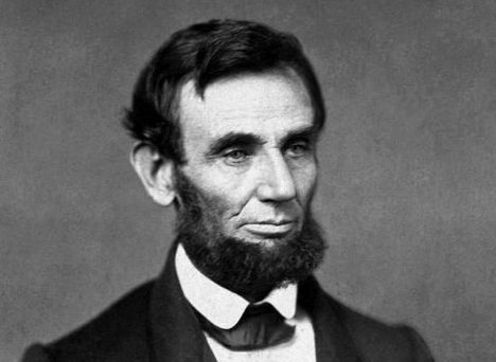 Voters going to the polls in Illinois’s 12th congressional district in this year’s US midterm elections have a choice to make: Do they want a Congressman who is reserved, calm, the model of a modern politician? Or do they want one who’s earned the nickname “Meltdown Mike”, thanks to an outburst of uncontrollable rage on the floor of the Illinois House of Representatives in 2012?

This is not as clear a choice as it might seem. Republican Mike Bost and his supporters have not tried to shrug off the tirade, in which Bost flings papers in the air, screams Biblical phrases and punches the microphone before slumping into his chair. In fact, Bost has tried to turn this performance into proof of his raw political passion.

The clips, which went viral on YouTube, apparently reveal an un-spun, unadulterated individual, providing powerful visual proof of emotional sincerity – a promise of authenticity in a highly manipulated world.

But while the frenzy over the clip has focused on the rant itself, I would argue that the technology at play is the real story.

We think we know exactly what we’re watching – someone caught in an unguarded moment, a glimpse of something authentic. Bost knows that is something voters both want and expect. That is why he is using the outburst as part of his campaign. It’s the candid nature of explosions like Bost’s that we seem to value, a chance to see the “true” candidate.

Cynics will doubt that, of course. But the point is not whether we believe in Bost’s sincerity; what this really shows us is how much new technologies have changed what we, as a voting public, have come to expect from our politicians.

A virtual unknown on the national stage in 1860, Lincoln needed a public image in the run up to his first presidential campaign. Artists and print-makers all rushed in – but Lincoln was fascinated by the process of photography.

As the technology improved in the late 1850s, Lincoln embraced it. He was the first president to send his supporters photographs that had been made as multiple paper prints. Sold for around a dollar a dozen, Lincoln’s face appeared all over the nation.

Consumers of these card-portraits believed the images provided them with a far deeper connection to the subject than we might imagine – one that was based on an intimate personal knowledge of the subject’s character. This was an idea that had taken root as a result of two popular sciences: physiognomy and phrenology.

Subscribers to these sciences believed that a person’s face and head could be read as a map of character. The size, shape and proportions of each feature could be assessed and interpreted to reveal the true inner nature of the subject under scrutiny. A high forehead signaled a great intellect; a full lower lip marked you out as a patriot. Every feature communicated something different about your true disposition.

A photograph, then, allowed you to know a person who was in every other way a stranger to you: if you could read a face, you could judge a character. As Harvard professor Oliver Wendell Holmes Sr. put it in 1863: “The picture tells no lie."

The popularity of this “science” had direct political implications. As the 1864 election approached, one author who styled himself a “practical phrenologist” offered himself up as a guide to an electorate who (as he put it) “had neither time nor opportunity to gain reliable knowledge of the candidate.” Through his own skills, he promised to “reveal unto you the character of Abraham Lincoln”.

This was not just idle curiosity. It was, the author wrote, “the duty of every citizen to wield his power and influence in the right channel” so that people could choose the right leader for the nation. Luckily for Lincoln, this particular author had only complimentary things to say.

Getting to know you Lincoln could not have not anticipated how his response would transform American politics. Photography, all of a sudden, offered the public a chance to know the intimate character of a politician – and with that ability came expectations. People began to assume that they had a right to probe the inner world of politicians.

The new techniques of seeing people transformed the personal into the public, providing a quick way to judge a candidate’s character.

That trend has continued, and to this day, we judge our public figures on the level of intimacy that we can achieve with them. Formality and reserve is suspicious; only unguarded revelation provides reassurance of honesty. When it comes to political discussions, we value sentiment over reason.

For better or for worse, we should recognize the way in which new technologies are driving this shift. Political commentators have focused rightly on how ideology divides US politics, but the story of Lincoln’s face reminds us of technology’s unique capacity to change what we expect from our leaders.

Joanna Cohen, Lecturer in American History at Queen Mary University of London, does not work for, consult to, own shares in or receive funding from any company or organization that would benefit from this article, and has no relevant affiliations.