How Restricting Legal Trade In Endangered Species Backfires
By The Conversation | January 13th 2020 08:24 AM | Print | E-mail

Every year humans buy and sell hundreds of millions of wild animals and plants around the world. Much of this commerce is legal, but illegal trade and over-harvesting have driven many species toward extinction.

One common response is to adopt bans on trading in threatened or endangered species. But research shows that this approach can backfire. Restricting high-value species can actually trigger market booms.

I study environmental globalization and have spent nearly 10 years analyzing trade between Madagascar and China in rosewood, or hong mu in Mandarin. Chinese people use this term to describe 29 species of very expensive hardwoods, many of which are endangered.

In my research, I’ve seen the complexities of endangered species protection. On both the supply and demand sides, restricting international trade in high-value endangered species like rosewood can sometimes cause more harm than good. 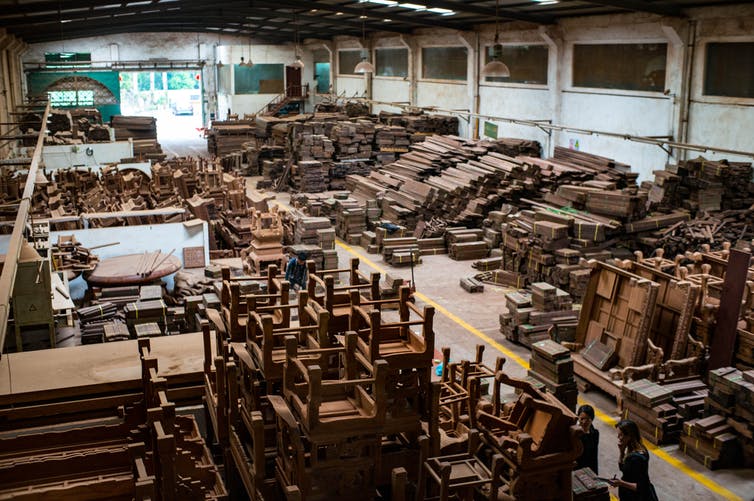 The main global treaty governing wildlife trade is the Convention on International Trade in Endangered Species of Wild Fauna and Flora, or CITES. CITES members meet every two to three years to adjust trade restrictions on target species. In today’s speculative markets, CITES rulings can set off damaging market dynamics. 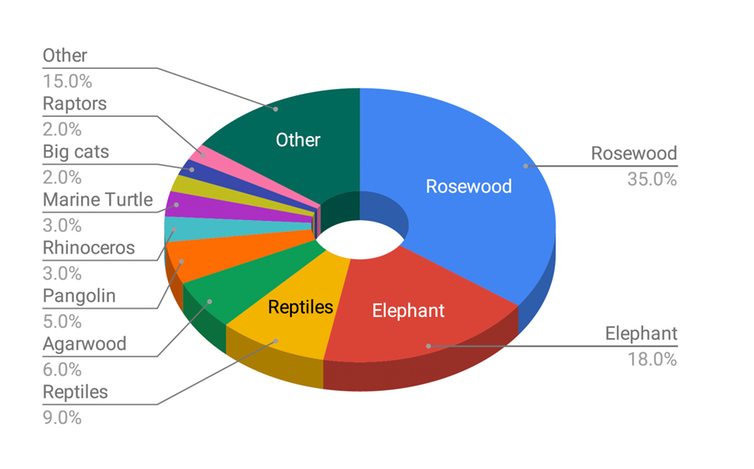 Rosewood has become the most trafficked group of endangered species in the world, according to data covering 2005-2014. Annah Zhu, data from UN Office on Drugs and Crime, CC BY

China is a big player in the illegal wildlife trade and the primary destination for many trafficked species. The Chinese economy is also subject to rampant speculation that manifests in erratic housing and stock market prices. Rosewood and many other endangered species, it turns out, are subject to these speculative dynamics as well.

Rosewood has been used for centuries to make traditional Chinese furniture that dates back to the Ming and Qing dynasties. Now, due to a revitalization of this style, the wood has become the world’s most trafficked group of wildlife, surpassing ivory, rhino horn and big cats combined. Some species of rosewood are valued at nearly their weight in gold. 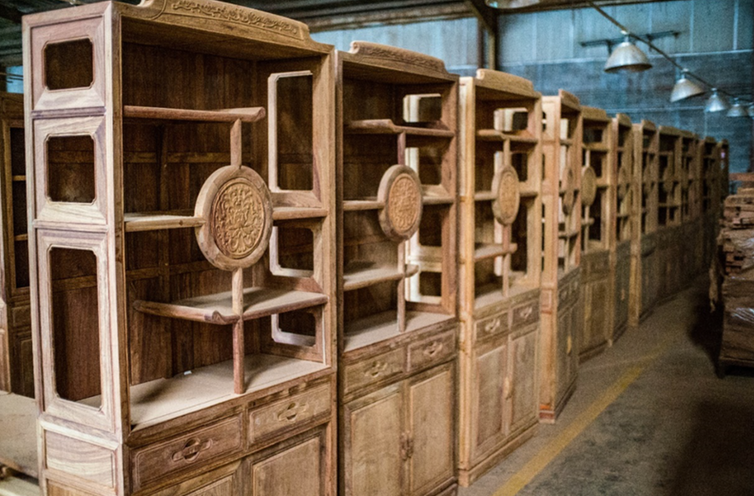 Over the past decade, rosewood has become a type of stock exchange – “a playground for investors,” as one account described it. China Central Television has condemned rosewood market speculation as “more ferocious than real estate.”

Similar dynamics have been documented for ivory and rhino horn. As with rosewood, the speculative value of these resources comes more from their rarity than their cultural appeal.

In this speculative climate, international trade restrictions under CITES heighten demand, as I learned while interviewing timber importers in Shanghai in 2014, 2015 and 2017.

The CITES meeting in 2013, which imposed new restrictions on rosewood trade, provoked “strong earthquakes” in the rosewood market. As soon as news of the regulations reached Chinese timber markets, prices of the targeted species climbed to record highs. The same thing happened after CITES meetings in 2016 and 2019, where trade in additional timber species were restricted.

Indeed, CITES is considered a “fuse” that ignites new rounds of market speculation. The effect has been so pronounced for rosewood from Madagascar that Chinese timber importers call it “the Madagascar phenomenon.”

After taking office in 2013, President Xi Jinping embarked on a massive anti-corruption campaign that hit many Chinese luxury markets hard. New laws unrelated to the environment have done more to reduce traffic in rosewood and other valuable endangered species than most international trade restrictions. 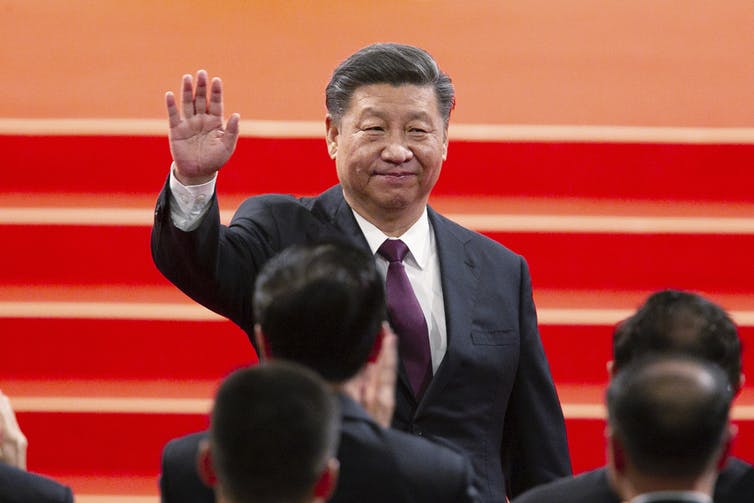 This effect was largely accidental. Endangered species just happen to be a primary tool for bribing politicians in China.

China has also pursued more direct measures, such as a successful domestic ban on ivory trade adopted in 2017. Unlike international trade bans, which the Chinese are less likely to follow at home, domestic bans send signals to investors that prices will drop in the future.

Such domestic bans have weakened the speculative potential of ivory, rhino horn and tiger parts. Investors offload stocks in anticipation of the prohibitions, potentially leading to “fire sales.” Prices then plummet, and investors don’t want to speculate.

In response to exorbitant rosewood prices and dwindling supplies, the Chinese government and private investors are pursuing another strategy: establishing rosewood plantations across southern China.

I visited three of these plantations in Guangdong Province in 2018, including a 2,000 hectare government-run demonstration plantation. They were replete with endangered hardwoods from across Asia, as well as “understory economies” of goods raised below the trees, such as premium teas, herbs for Chinese medicine and free-range chickens, which provide financial support for growing the trees. These plantations are being promoted as an ecological and economical way to sustain the species.

Reporters in China assert that the country is “at the forefront of the world” in establishing endangered hardwood plantations. Few other countries promote this type of forestry on a comparable scale. International conservation organizations typically focus instead on restricting logging and trade. 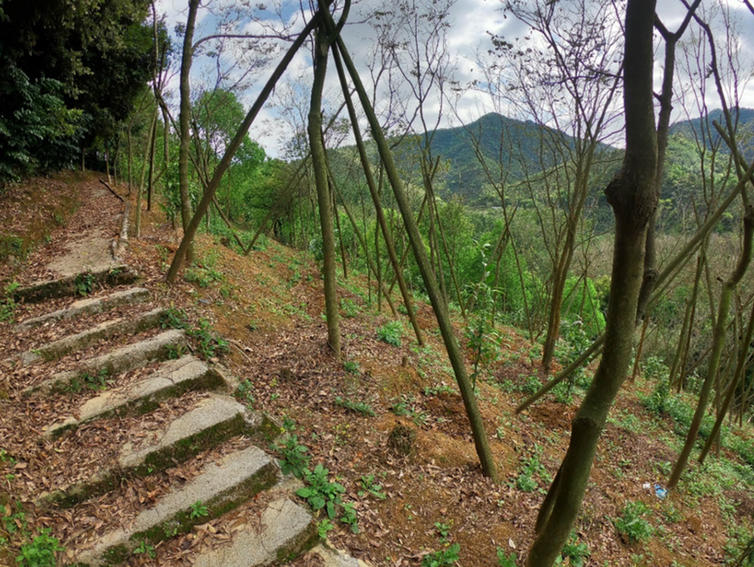 However, I believe that people living in places where rosewood still grows are more likely to be receptive to investments in sustainable forestry than to trade restrictions and funding for anti-logging conservation militias. Focusing only on restricting the logging and trade of rosewood often empowers a small group of elite exporters who have illicit access to overseas demand, without benefiting the wider community. The same dynamic plays out in the economies of other endangered resources, including ivory, rhino horn and tiger parts.

Efforts to reduce the trade in endangered species will be more effective if they come from within China, rather than being internationally imposed. For rosewood in particular, I see creative policies that encourage reforestation and sustainable forestry as a more promising path forward than international trade restrictions backed by militarized conservation campaigns.

By Annah Lake Zhu, Postdoctoral Researcher, University of California, Berkeley. This article is republished from The Conversation under a Creative Commons license. Read the original article.