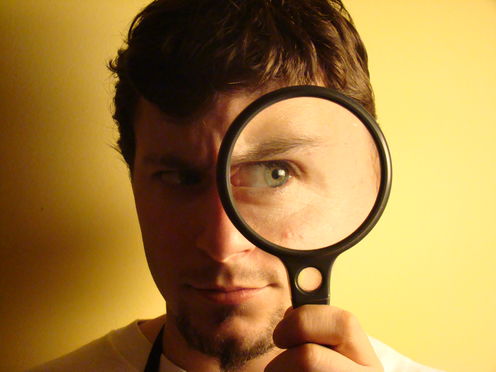 There are ways non-scientists can assess if the research underlying big claims about cancer cures stack up. Rafael Anderson Gonzales Mendoza/Flickr, CC BY-NC-SA

By Nial Wheate, University of Sydney

Cancer is big news; we often hear of some kind of cure for some version of the illness. But whether it’s a “natural cure” or a promising molecule on its way to becoming a new medicine, there are ways non-scientists can assess if the research underlying the big claims stacks up.

Here are some tips to help you evaluate whether a cure claim is justifiable (spoiler: the evidence is rarely robust enough).

As a minimum, any cure claim needs to demonstrate that the new molecule or natural therapy can stop the growth of cancer cells in what you might think of as test-tube experiments. Scientists call these in vitro tests (Latin for “in glass”).

These types of tests are the first in a long line because they’re cheap, easy, don’t require ethics approval and can be completed in one or two days.

Unfortunately, it’s very easy to get a good result in these kinds of tests and many hundreds of drugs are found to be just as effective as approved drugs. If curing cancer was simply a matter of getting a pass at this point, then we would indeed have cured it ten of thousands of times over.

Much of the evidence cited by non-scientists for natural cure claims are based solely on these in vitro tests. In reality, these experiments are only used as a screening (stop-or-go) test to determine whether the next level of testing is justified.

The next level is animal testing – and by animal, 99% of the time we mean specially bred mice. Animal experiments are known as in vivo tests (Latin for “within the living”). So what do you look for here? First, beware of tests that use more exotic or less established animal models, such as zebra fish embryos as the correlation of the results in these animals to humans is less certain.

And, again, make sure it has been compared to an approved drug, and that the drug is used in humans to treat the type of cancer the tested animal had. Experiments that use the incorrect drug for the cancer they are testing against will make the “cure” look better.

Also look out for in vivo tests where the approved drug is given one way (like an injection) but the new drug is given a different way (swallowed or inhaled). It’s hard to compare them accurately in these circumstances.

Next, look for how well it delays cancer growth compared with the approved drug. Is the difference only small or is the delay quite evident? Have the scientists shown a statistical difference in cancer growth (they’ll mention this somewhere in the research paper) under the two treatment regimes?

Remember, these tests are just another stop-or-go checkpoint to warrant further testing. By themselves, they don’t indicate the new cure will work for humans. And many that do work in these tests go on to have no effectiveness in people.

There are three main levels. Phase I is only for determining side effects and effectiveness is not of primary concern. But it’s not uncommon for one or two patients to have cancers that respond to treatment. A positive result at this stage doesn’t indicate it will work for all patients, so beware of any study that claims a cure based only on phase I tests.

Phase II and phase III trials, where the drug is tested in specific cancer types and compared alongside approved drugs, are the important ones. The key for understanding the results of many of the tests is ensuring the right things are compared. nikki/Flickr, CC BY-NC

Phase II, and more importantly phase III, trials are highly regulated. Any positive results claimed in the findings are reliable and indicative of real potential to make a difference in cancer treatment.

You can find details of cancer clinical trials in Australia here, in the United States here and in the European Union here.

Anecdotes are not evidence

There’s a saying among scientists, “the plural of anecdote is not data”. And you’ve undoubtedly heard one of a hundred stories of how John or Jane Smith down the street was cured when treated with oil-of-something.

Many possible explanations for such “cures” may have nothing to do with their miracle substance. First, there could be a strong placebo effect; just the belief that what they’re using works can sometimes have an effect on someone’s health. But while a placebo may work for one person, we can’t know it will work for the another.

Next, if the Smiths were using the untested “drugs” alongside normal treatment, it could be just the regular treatment that was working.

And, although rare, some cancers can go into spontaneous remission. In these cases, the cancer would have been cured regardless of what John or Jane was taking.

Finally, it’s important to remember when reading about cancer cures from less stringent sources that there can be selection bias. For every miracle cure story you read on a website (like this one) or on social media, there are thousands of stories of where it didn’t work that don’t make the cut.

People don’t write about the failures.

So before you get excited about claims of a cancer cure, make sure you do your homework and determine whether the results are reliable, significant and not biased.

Nial Wheate, Senior Lecturer in Pharmaceutical Chemistry at University of Sydney, in the past has received funding from the ACT Cancer Council, Tenovus Scotland, Medical Research Scotland, Scottish Crucible and the Scottish Universities Life Sciences Alliance for research into anticancer drugs. He is a current committee member of the Royal Australian Chemical Institute's NSW Pharmaceutical Science Group. This article was originally published on The Conversation. Read the original article.