The Centers for Disease Control and Prevention recently revised its guidance to acknowledge that COVID-19 can be spread through tiny airborne particles, known as aerosols. It had earlier removed a similar guidance from its website, saying it was “posted in error.”

Similarly, there have been conflicting messages from the Trump administration regarding the use of masks. White House press secretary Kayleigh McEnany has repeatedly said that masks are a recommendation, not a requirement. But others in the administration, such as White House counselor Kellyanne Conway and Vice President Mike Pence, have urged people to wear masks. 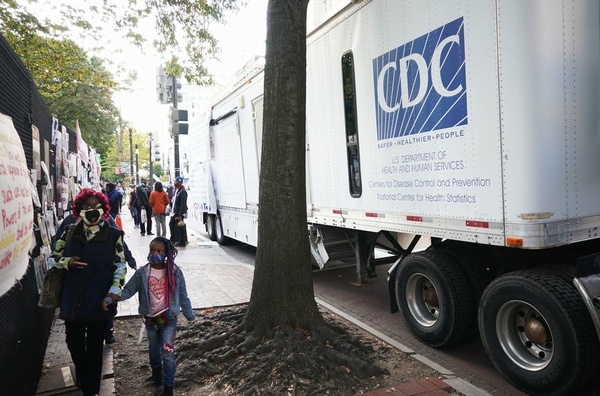 The CDC has put out several conflicting messages of late, giving rise to concerns about trust. Photo by MANDEL NGAN/AFP via Getty Images via The Conversation

Such messaging can lead people to wonder what to believe and whom to trust. As a philosopher studying the nature of trust and its function in institutions, I explore the analogy between trust in people and trust in institutions.

Just as conflicting messages can lead us to distrust people, they can also erode the public’s trust in institutions.

Practical trust involves trusting that someone will either do something or refrain from doing it. For example, I might trust that my friend will water my plants while I am out of town.

Intellectual trust involves trusting what someone says. In particular, when I trust the word of another, I trust that what they have said is true.

Both types of trust are subject to erosion.

When individuals trust one another, they expect certain things to happen; thus, trust involves a certain reliance. For instance, when I trust that my friend will water my plants while I am out of town, I rely on her to do so.

However, trust always involves a risk. If there were no risk of my friend failing to water my plants, I wouldn’t have to trust her.

But I also rely on things or objects. I rely on my car to start in the morning, my computer to properly store information and my phone calendar to tell me when my next meeting is. But there is a difference between relying on objects and trusting people.

Philosopher Annette Baier explains in a paper that trust among people also carries the possibility of a betrayal. When objects fail to do what is expected, irritation, anger and disappointment are common emotional responses, but betrayal seems misplaced. 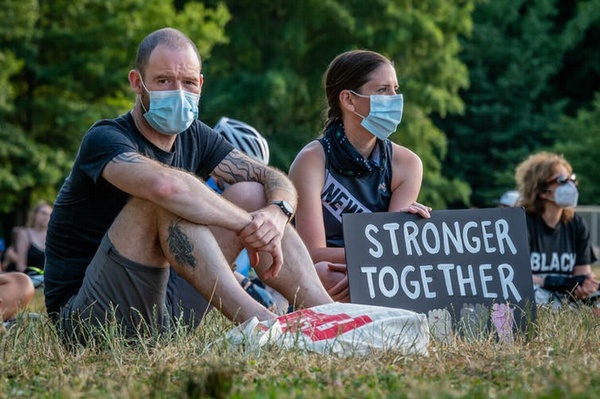 Trusting people means believing that they will act out of goodwill. Photo by Erik McGregor/LightRocket via Getty Images

Baier argues that to trust someone is to believe that they will act out of goodwill toward you. If you are merely relying on people to act in self-interested ways, then it isn’t trust. For instance, if I rely on my colleague to replace me on a university committee knowing that he will agree to do so only because of his desire to gain more power, I don’t, according to Baier, trust my colleague.

Some philosophers have argued that trust involves not just a belief but also an emotional component.

University of Melbourne philosopher Karen Jones, for instance, argues that trust also carries a feeling of optimism that people will do what they are being trusted with.

Another scholar, Richard Holton, has argued that trust involves the possibility of feeling the emotion of betrayal. When a person trusts another, they will be inclined to feel betrayal when the person fails to meet their expectations.

How does trust erode?

Importantly, trust can erode even when people are competent, intend to do what they say or speak only the truth. The mere perception of not being trustworthy is sometimes enough to erode trust.

Feminist philosophers such as Miranda Fricker and Kristie Dotson have pointed out the ways in which gender and race impact perceptions of trustworthiness and result in women and minorities receiving less credibility than they deserve due to prejudicial stereotypes.

[Deep knowledge, daily. Sign up for The Conversation’s newsletter.]

Another factor that contributes to the erosion of trust is the perception of inconsistency. A person who says one thing and then says the opposite the next day may lose the trust of their audience.

Our ability to rely on the word of another essentially depends on what philosopher Bernard Williams has called “steadying the mind.”

The idea here is that becoming a reliable source of information involves having convictions that avoid fluctuating without good reasons. “Flip-flopping” too much can lead one to appear unreliable.

Philosophical theories of trust have tended to focus almost exclusively on trusting people, but we engage in relations of trust with institutions as well as individuals.

In particular, inconsistent and conflicting messages produced by an institution can contribute to a perception that the institutional “mind” is “unsteady” – calling into question its reliability, competency and intentions.

Just like people, institutions need to learn to present themselves to others as agents who, as Bernard Williams said, “have moderately steady outlooks or beliefs.” Without such stability, the public’s trust in institutions can erode.

By Deborah Perron Tollefsen, Professor of Philosophy, University of Memphis. This article is republished from The Conversation under a Creative Commons license. Read the original article.