November 5th, Guy Fawkes And The Gunpowder Plot: Torture And Persecution In Fact And Fiction
By The Conversation | November 5th 2019 06:37 AM | Print | E-mail

In 1605, England’s parliament was sitting on a powder keg, literally. Like now, the country was bitterly divided between two factions, with religion at the heart of the schism after the Reformation pitted Protestants and Catholics against each other in a life or death struggle. History tells us that instead of seeking a political solution such as an election, a group of 13 Catholic conspirators plotted to blow up parliament.

The conspiracy aimed to assassinate King James I and the Protestant establishment with a massive explosion under the House of Lords. Every “fifth of November” since then, what is now known as the Gunpowder Plot is remembered in Britain through bonfires, fireworks and the burning of effigies of one of the conspirators, Guido (Guy) Fawkes. Following the torture and execution of Fawkes and his co-conspirators, accusations of treason, heresy, and witchcraft were used to persecute many of the perceived enemies of the crown.

The process of arrest, torture, trial and execution was widespread, as the king sought to rid the country of his twin hatreds: Catholicism and witchcraft. This purge caused many Catholics, especially priests, to flee northwards to escape the king’s revenge. Lancashire came to be perceived by the royal court as a lawless area where Catholicism and witchcraft thrived – and it was there that the infamous Pendle witch trials of 1612 took place. 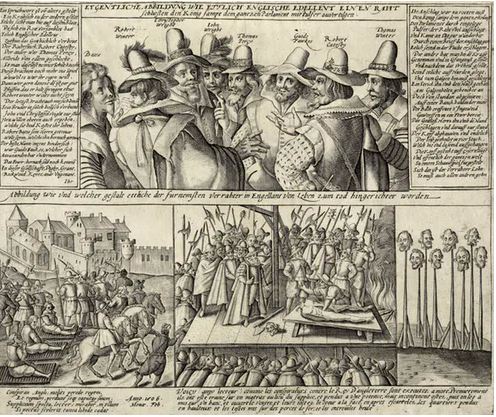 After the main plotters of the Gundpowder plot were tortured and executed, accusations of treason, heresy, and witchcraft were used to persecute other enemies of the Crown. Crispijn van de Passe the Elder/ Wikimedia

Though evidence remains from the actual trials, one of the most intriguing accounts didn’t come until 400 years after the events, when author Jeanette Winterson published her work of fiction, The Daylight Gate. In this story, the fates of a group of vagrant women and a Catholic nobleman, Christopher Southworth, converge when the attention of the law turns towards them. Winterson uses the genuine names of the women who were tried for witchcraft – though freely fictionalising their lives. Southworth was also a real person, a Jesuit priest from one of the oldest families in Lancashire. 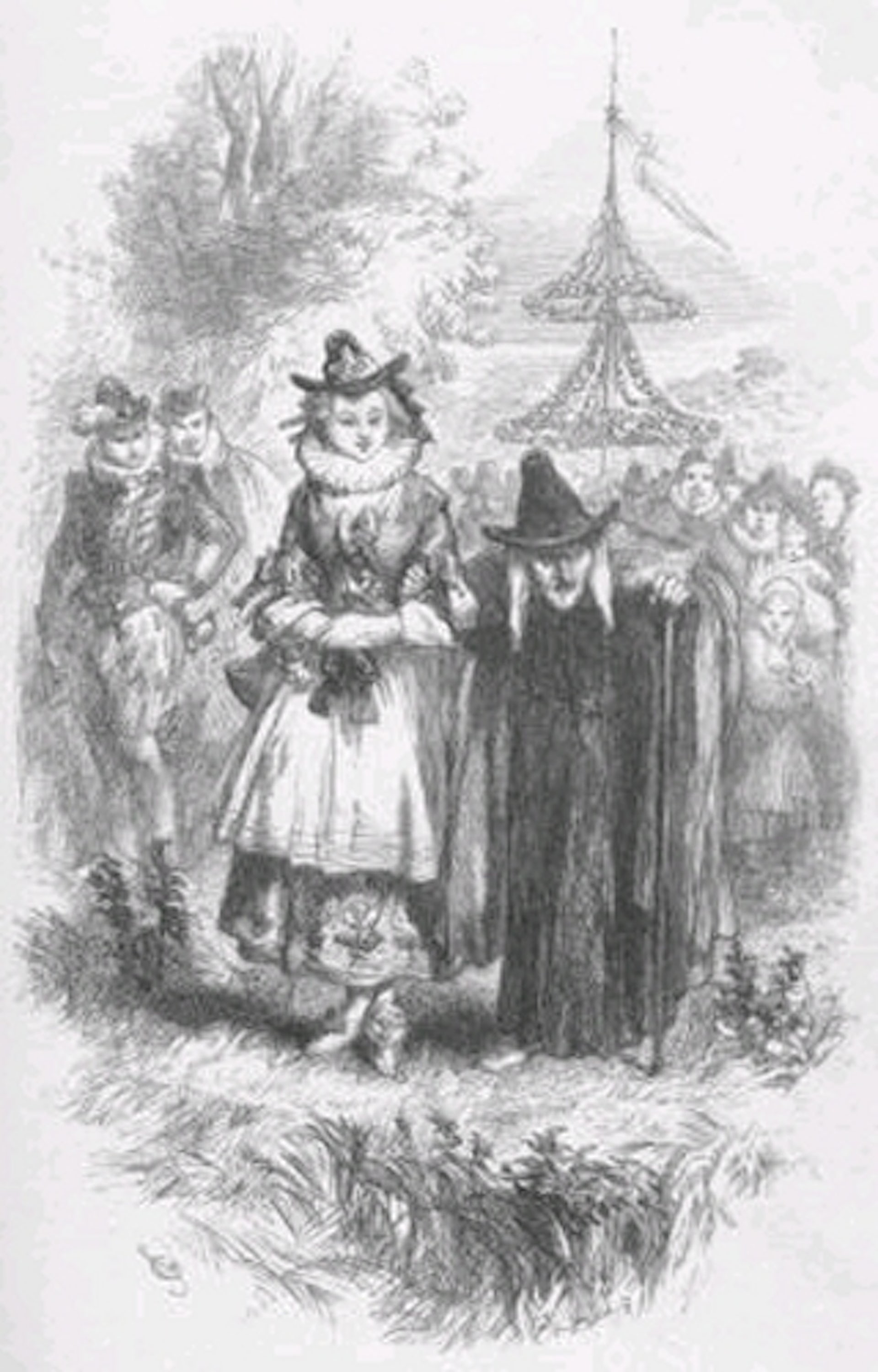 An illustration of Ann Redferne and Chattox, two of the ‘Pendle witches’. William Harrison Ainsworth/Wikimedia Commons


As in real life, the women in the novel are charged with murder by witchcraft. Whether they committed acts of witchcraft or not, that is not their true crime here. These women have too much power and liberty for the patriarchal Protestant society in which they live. Southworth, meanwhile, is hunted in the novel for his involvement in the Gunpowder Plot. Captured previously, he had escaped from prison and fled to France, before returning to England to save his sister from her own witch trial.

There is no evidence to show the real Southworth was a part of the Gunpowder Plot. But historical record shows us Southworth was accused of coaching a young girl to make false accusations of witchcraft against her family – possible because the family had renounced Catholicism and converted to Protestantism. Given this, it’s likely he would have supported at least the aims of the Gunpowder Plot.

The fictional women’s bodies are sites onto which the men of the law project both their fears and desires. “Look her over for the witch marks – go on, Robert, run your hands across her. Do you like her breasts?”, remarks a constable’s assistant. But these are bodies made monstrous by the effects of poverty. The feet of the appropriately named Mouldheels are described as stinking “of dead meat … wrapped in rags and already beginning to ooze”. Yet despite this monstrosity, these women are still raped by their captors as desire, disgust and domination merge.

Southworth’s status in the novel is initially different from the women. He was born and raised with the twin privileges of being male and wealthy. With no marks on his body to denote his Catholic faith, he could not be identified as an “other” without specific knowledge of his religious divergence from the ruling class. But, following the failed Gunpowder Plot, his torture at the hands of the king’s jailers results in his body being made monstrous. Attempts to blind Southworth leave scars on his eyelids and cheeks, and pictures are carved into his chest with knives.

Like the women, he is raped by his jailers. He is then literally emasculated when his penis and testicles are cut off. Perhaps luckily for the real-life Southworth, there is no evidence of an arrest, although his historical records are very scant. By comparison, the archives indicate the torture of Fawkes at the hands of the king’s inquisitors.

In this febrile, paranoid society of post-Gunpowder Plot England, the connection between Catholics and witches is stated explicitly. As Potts, the prosecutor sent by the royal court to seek out heretics, says: “Witchery popery, popery witchery. What is the difference?”. The outcomes are certainly very similar. And the burning of the womens’ bodies after their execution mirrors the ritual bonfires and immolation of Guy Fawkes effigies that have celebrated the failure of the Catholic plotters ever since.

Winterson’s novel forces the reader to consider what a monster is and what they might look like. Elizabeth Device, one of the supposed witches, is described as follows: “The strangeness of her eye deformity made people fear her. One eye looked up and the other looked down, and both eyes were set crooked in her face.” But her disfigured appearance had not saved her from being raped nine years before the novel’s setting. Throughout the book, fear and disgust mix dangerously with desire and power to produce awful crimes.

The real monsters are the men who savagely abuse and oppress the unfortunate – whether women or Catholics. Yet, they are not represented as physically repulsive. One of the torturers even has a “pleasant voice” as he questions his victims. In the end, The Daylight Gate reveals that monstrous desires produce and prey on monstrous bodies, and all those subjected to the burning heat of the king’s revenge eventually turn to ash. While the political situation in Britain today has moved away from the Catholic/Protestant schism of 1605, it is worth remembering the human tragedies behind the celebration of Bonfire Night.

By Shareena Z Hamzah, Honorary Research Associate, Swansea University. This article is republished from The Conversation under a Creative Commons license. Read the original article.