Our present moment is characterized by a growing obsession with the long term. The study of climate change, for example, relies on increasingly long-range simulations. Science’s predictions are no longer merely hypotheses for validation or invalidation but are often grave threats – of growing scope and severity – that must be prevented.

Predicting oncoming peril demands a proactive response. This means that, increasingly, the pursuit of technoscience tends towards not only passively investigating the natural world but also actively intervening in it. In the case of the climate, one thing this has spawned is the proposal of “geoengineering” – the large-scale harnessing of Earth’s natural systems in order to counteract climate change’s deleterious consequences.

Our anticipations of nature’s perils motivate us to attempt to intervene in it and reinvent it for our own purposes and ends. Accordingly, we increasingly reside within a world of our own making, in which the divide between the “natural” and “artificial” is collapsing. We see this from genome editing to pharmaceutical breakthroughs to new materials. And it is at the heart of the idea of the “Anthropocene”, which acknowledges that the whole Earth system is affected – for better or worse – by human activities.

While some of these technologies are rightly considered the pinnacle of progress and civilization, our pursuit of anticipating and preventing disaster itself generates its own perils. This is, indeed, what got us into our current predicament: industrialization, which was originally driven by our desire to control nature, has perhaps only made it more uncontrollable in the form of snowballing climate degradation.

Our efforts to predict the world tend to change the world in unpredictable ways. Alongside unlocking radical opportunities such as new medicines and technologies, this poses novel risks for our species – at ever greater scales. It is both a poison and a cure. Though awareness of this dynamic may seem incredibly contemporary, it actually dates surprisingly far back into history.

It was back in 1705 that the British scientist Edmond Halley correctly predicted the 1758 return of the comet that now bears his name. This was one of the first times numbers were successfully applied to nature to predict its long-term course. This was the start of science’s conquering of the future.

By the 1830s, another comet – Biela’s comet – became an object of attention when an astronomical authority, John Herschel, hypothesised that it would one day intersect with Earth. Such an encounter would “blot” us “out from the Solar System”, one popular astronomy book sensationally relayed. Edgar Allen Poe even wrote a short story, in 1839, imagining this world-ending collision.

On the other side of the world, in 1827, a Moscow newspaper published a short story envisioning the effects of an impending comet collision on society. Plausible mitigation strategies were discussed. The story conjured up giant machines that would act as planetary “defensive positions” to “repulse” the extraterrestrial missile. The connection between predicting nature and artificially intervening in it was already beginning to be understood. 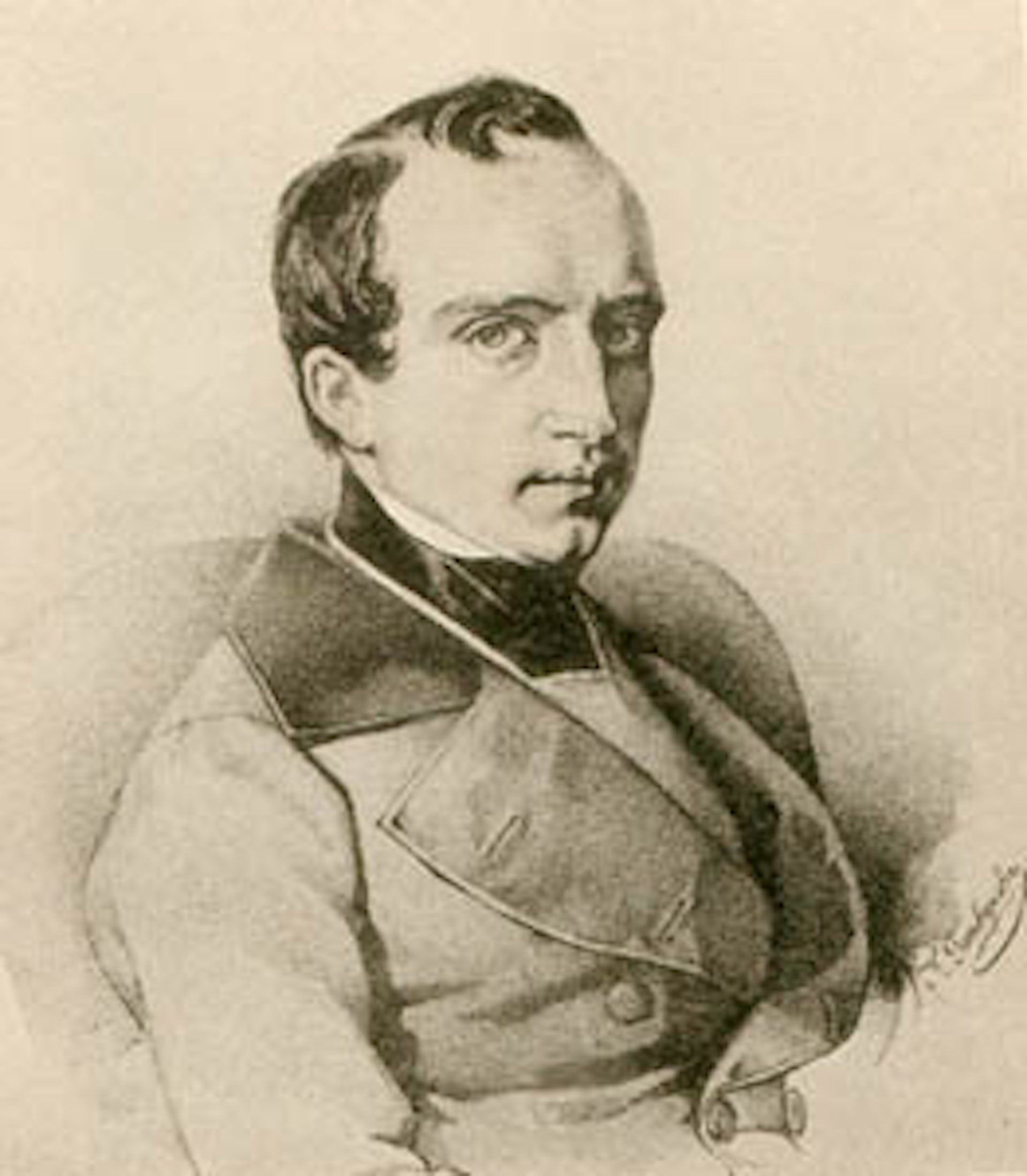 Odoevskii in the 1840s. Wikimedia Commons

The short story had been written by the eccentric Russian prince, Vladimir Odoevskii. In another story, The Year 4338, written a few years later, he fleshes out his depiction of future human civilization. The title came from contemporary calculations which predicted Earth’s future collision with Biela’s Comet 2,500 years hence.

Humanity has become a planetary force. Nonetheless, Odoevskii’s vision of this resplendent future (complete with airships, recreational drug use, telepathy, and transport tunnels through the Earth’s mantle) is relayed to us entirely under this impending threat of total extinction. Again, scientists in this advanced future plan to repel the threat of the comet with ballistic defense systems. There is also mention of hemisphere-spanning systems of climate control. 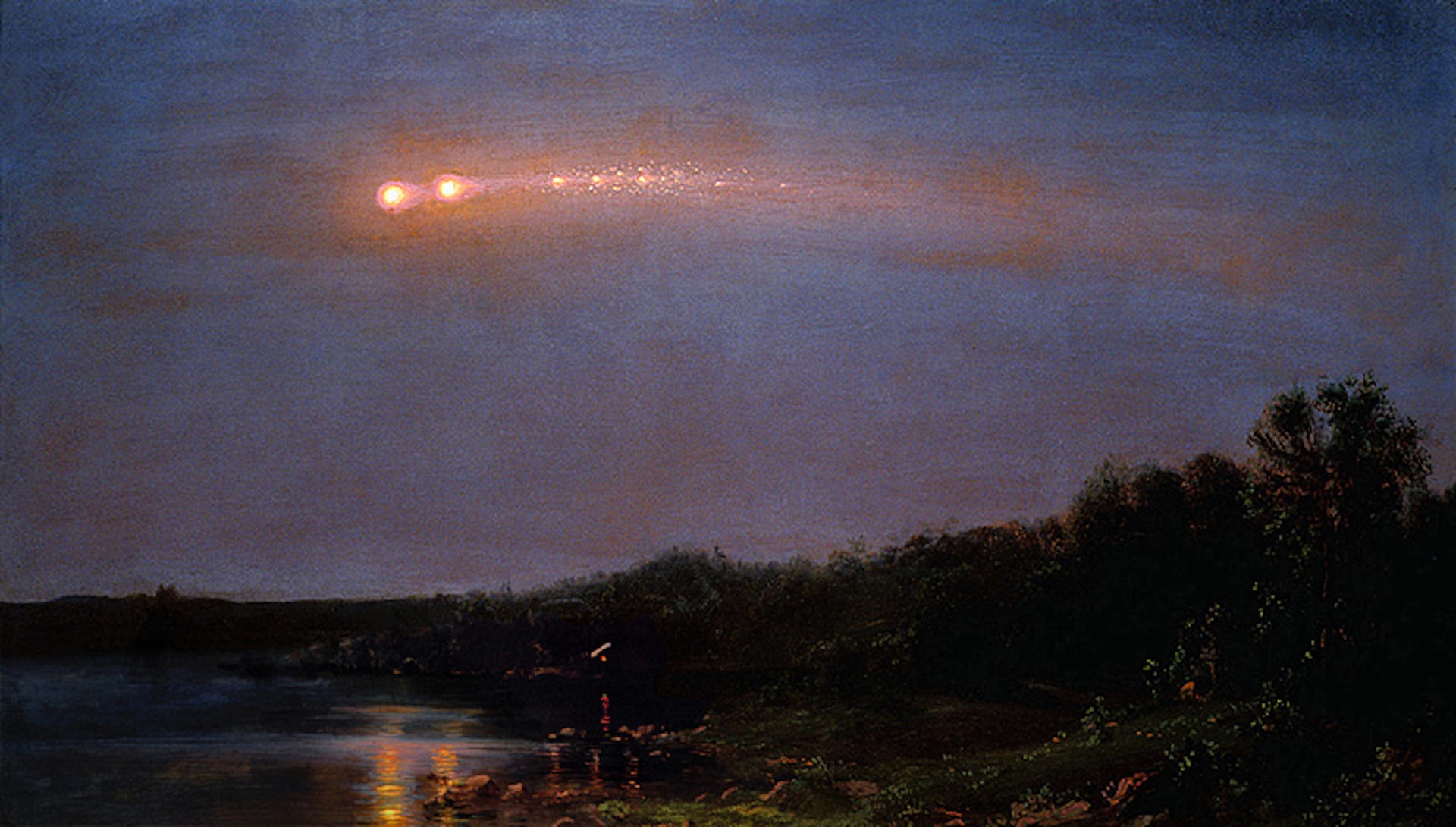 This perfectly demonstrates that it was the discovery of such hazards that first dragged – and continues to drag – our concerns further into the future. Humanity only technologically asserts itself, at increasingly planetary levels, when it realizes the risks it faces.

It is no surprise that, in the appending notes to The Year 4338, Odoevskii provides perhaps the very first methodology for a “general science of futurology”. He lays claim to being the first proper, self-conscious futurologist.

In 1799, the German philosopher Johann Fichte anticipated our present megastructure of planetary forecast. He foresaw a time of perfect prediction. Gleefully, he argued that this would domesticate the whole planet, erase wild nature, and even entirely eradicate “hurricanes”, “earthquakes”, and “volcanoes”. What Fichte did not foresee was the fact that the very technology that allows us to predict also itself creates novel and unforeseen risks.

But Odoevskii appreciated this. In 1844, he published another story entitled The Last Suicide. This time, he envisioned a future humanity which had again become a planetary force. Urbanisation has saturated global space, with cities swelling and fusing into one Earth-encompassing ecumenopolis – a planetwide city. 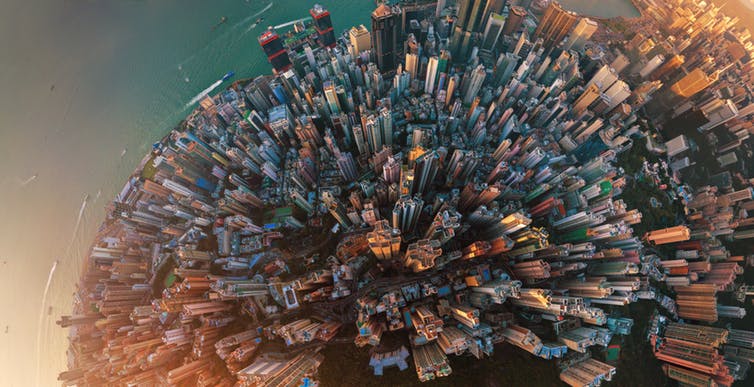 Yet Odoevskii warns of the dangers that come with accelerating modernity. This is a world in which runaway technological progress has caused overpopulation and resource depletion. Nature has become entirely artificial, with non-human species and ecosystems utterly obliterated. Alienated and depressed, the world welcomes a demagogue leader who convinces humanity to wipe themselves out. In one last expression of technological might, civilization stockpiles all its weapons and proceeds to blow up the entire planet.

Odoevskii thus foreshadows contemporary discussion on “existential risk” and the potential for our technological developments to trigger our own species extinction. Right back in 1844, his vision is gloomy yet shockingly prescient in its acknowledgement that the power required to avert existential catastrophe is also the power requisite to cause it.

Centuries later, now that we have this power, we cannot refuse or reject it – we must wield it responsibly. Let’s hope that Odeovskii’s fiction doesn’t become our reality.

By Thomas Moynihan, PhD Candidate, University of Oxford. This article is republished from The Conversation under a Creative Commons license. Read the original article.