Overuse Of Antibiotics Tied To Increase In Clostridium Difficile Infection
By The Conversation | November 7th 2014 08:01 AM | Print | E-mail 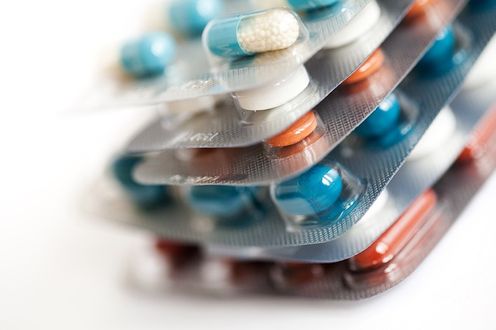 By Kelly R. Reveles, University of Texas at Austin

Going to the hospital can save your life, but it is not without risks. Patients can be exposed to dangerous infections while receiving treatment.

In the United States, health care-associated infections are the fifth leading cause of death among hospitalized patients, accounting for nearly 100,000 deaths in the US each year.

CDI causes mild diarrhea or more serious symptoms like abdominal pain and fever. In the most severe forms, CDI can result in severe inflammation of the intestines or even death. Approximately 9% of patients hospitalized with CDI die, compared to 2% for all other inpatients. Patients with CDI are often hospitalized at least one week, resulting in a mean cost per hospital stay of US$24,400.

Our team analyzed 2.2 million adult hospital discharges for CDI from 2001 to 2010, taken from the US National Hospital Discharge Surveys.

In contrast, antibiotic use is the primary risk factor for developing CDI. This is because antibiotics disrupt the normal gastrointestinal bacteria, allowing C. difficile to increase rapidly.

Every class of antibiotic has been associated with the development of CDI, but with varying degrees of risk. Some of the antibiotics with the highest CDI risk are fluoroquinolones and cephalosporins, which are often used to treat common bacterial infections like pneumonia and urinary tract infections.

Excessive and inappropriate prescribing of antibiotics has likely contributed to the increase in CDI in recent years. The US Centers for Disease Control and Prevention has estimated that as much as 50% of all prescribed antibiotics are unnecessary.

In another study we found that the use of broad-spectrum antibiotics doubled in the US between 2000 and 2010, which is consistent with the increase in CDI we found in our study.

Importantly, this study also found that all antibiotic use increased in elderly patients. These patients have a higher risk for CDI because they have weaker immune systems, co-occurring health conditions and spend more time in the health care system. Appropriate use of antibiotics is especially important for elderly patients. Since C. difficile is a bacteria, antibiotics are also used to treat CDI. The antibiotics used as mainstay treatments for CDI for decades have been associated with high rates of recurrence. This is because antibiotics, while killing C. difficile, also kill other good bacteria in the gut, allowing C. difficile to grow and cause infection once again.

Emerging treatments for CDI, like fecal transplant, might overcome the limitations of traditional antibiotic therapies. A fecal transplant involves taking a sample of feces from a healthy donor and putting it in the patient’s gut, usually through an enema or tube that runs through the nose to the gut.

More recently, scientists and clinicians have been able to place the donor feces in a capsule to ease administration. This process helps to restore the normal good bacteria in the gut, while limiting C. difficile overgrowth.

Studies have found fecal transplants to be safe and effective for treating recurrent CDI, but larger studies are needed before it becomes more widely used in clinical practice.

Antimicrobial stewardship programs play a critical role in curbing CDI. These programs are designed to improve the appropriate use of antimicrobials by selecting the optimal drug regimen, dose, duration of therapy and route of administration. They aim to achieve optimal clinical outcomes for patients, while limiting antimicrobial overuse and reducing health care costs.

The CDC estimates that reducing the use of broad-spectrum antibiotics by 30% could reduce CDI by 26%. In 2014, the CDC recommended that all acute care hospitals implement antimicrobial stewardship programs.

Kelly R. Reveles, Assistant professor at University of Texas at Austin, does not work for, consult to, own shares in or receive funding from any company or organization that would benefit from this article, and has no relevant affiliations.