Rethinking The Relationship Between Forensic Evidence And The Law
By The Conversation | February 20th 2015 08:16 AM | Print | E-mail 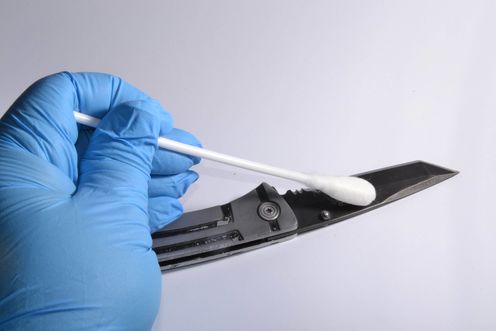 Advances in science are causing problems in courtrooms Petretei

Despite what we see on television, forensic science is not always easy to understand or simple to convey to a jury, many of whom may not have studied science since they were in school. When a case fails in the courtroom, maybe because the scientist was inexperienced, or there were flaws in the science presented, it creates the potential for a miscarriage of justice – something to be avoided at all costs.

This was illustrated recently in a violent crime case in the US when a court refused to grant admissibility to a particular type of DNA evidence because its interpretation had not yet been agreed within the scientific community and it was too complex for the jury to understand.

The judge told the court:

To have a technique that is so controversial that the community of scientists who are experts in the field can’t agree on it and then to throw it in front of a lay jury and expect them to be able to make sense of it, is just the opposite of what the [rules on admissibility of evidence are] all about.

Indeed, why should we expect lawyers or the public to understand science? The courtroom is a place where language can become severely challenging, where what is said may be at odds with what is heard. This is a particular issue for some types of evidence that rely, for example, on complex statistical analysis.

Both the scientist and the court have a duty to ensure that each party does their utmost to ensure that the jury understands the capabilities and limitations of any science presented to them. The scientists must be able to convey their often complex subject as simply as possible. Only then will the lawyers and judge be able to guide the jury to reach a secure and informed decision.

The limits of scientific influence

One core problem is that the scientist and the lawyer rarely meet before any courtroom confrontation. And the idea that a scientist might offer advice to a judge outside of the courtroom is almost uncharted territory in the UK.

Yet it is the trial judge who must decide whether there is sufficient robust underpinning in scientific evidence to let it be heard by the jury. They have to be sufficiently confident that the science establishes the fact in question and will withstand reasonable cross-examination that will assist the triers of fact.

Without training, how comfortable can the judge be to adopt this role – especially in complex cases such as those involving the interpretation of mixed-DNA profiles?

If the judiciary feel unable to do this, perhaps the scientist must assume the responsibility of teacher to convey the complexity of their science in a way that will be understood.

The reality is that the courtroom is the place where lawyers should be examining the case-specific science and not the basic underpinning value of the overarching scientific subject. The courtroom is not the classroom, so the time for teaching is during the preparatory stages before the business of testimony and evidence gets underway.

If all the scientific limitations could be agreed beforehand, this would leave only the details that relate to the case and the interpretation of the case-specific evidence to be addressed in the court.

The Lord Chief Justice of England and Wales last autumn called for a set of judicial primers, pieces of “plain English” that will relay core scientific principles in a way that is understandable by lawyer, judge and jury. He reiterated this call recently at a meeting hosted by the Royal Society in London that was agreed as a priority first step towards disrupting the communication logjam.

Another issue is our understanding of the scientific limitations. The US National Academy of Science published a report in 2009 that was a damning indictment of the lack of investment in forensic research and the shaky nature of basic scientific underpinning in most forensic sciences. In the past 30 years the lion’s share of funding has been consumed by advances in DNA, while other subjects have suffered, be they trace evidence (such as hairs and fibres), ballistics, blood patterns or fires and explosions. This has meant that core research gaps in our knowledge remain.

A global strategic approach aiming to improve basic scientific underpinning must also lie at the core of any future advance to provide better science to the courts. This is vital for the health of the subject and in turn can only benefit justice in the long term.

In short, scientists must come together in partnership with the law and funders to ensure a product that is fit for purpose. This requires greater co-ordination and understanding between two ancient academic disciplines who have rarely been easy bedfellows: law and science.

Lifetimes of misunderstanding have built up around their gladiatorial arena and they no longer seem to speak a common language. It is time for a paradigm shift in their relationship, geared towards addressing areas of common and competing ground, talking about science in plain English and agreeing where the current research gaps exist and how we are best placed to fill them.