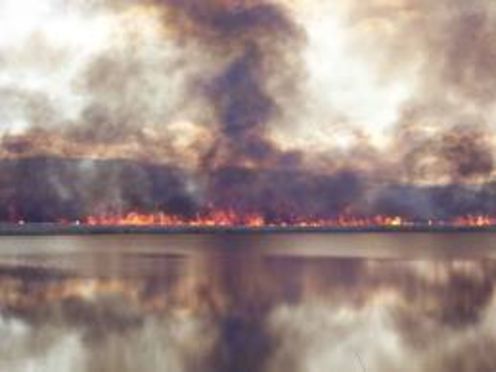 As both a word and an idea, 'medieval' carries centuries of connotation of a murky and brutal pre-scientific age. Swanson Scott/US Fish&Wildlife Service

“Medieval” has become the accusation du jour in Australian domestic politics, used with equal conviction across the spectrum to discredit opponents’ views. One debate where this accusation has taken center-stage is over Australia’s response to human-induced climate change.

The government’s abolition of carbon pricing, the position of science minister and its support for renewable energy, and its attempted dismantling of the Climate Change Authority and the Clean Energy Finance Corporation, have led to its approach being described as “medieval” at least three times in parliament over the past year.

In each instance, Greens MP Adam Bandt, Greens leader Christine Milne and Labor’s then-senator Ursula Stephens evoked an idea of the Middle Ages as anti-scientific. Bandt took this furthest by drawing a link between prime minister Tony Abbott’s “medieval” attitude to science and his revival of knights and dames.

That also led to satiric portrayals of Abbott as “Rege Mediaevalibus”.

This view of the government has been reinforced in media commentary. One article characterized the government as “pre-Copernican” in its “denial of both sun and science”. Under the headline “Science going back to the dark ages”, the article features a cartoon of Abbott smashing solar panels while wearing the iconic – though historically discredited) – horned helmet of the Viking raider.

It might be tempting to point out that pre-Copernican science, Vikings and “the Dark Ages” are not likely to be found cheek-by-jowl in any scholarly account of the Middle Ages. Or one might feel the urge, following experts such as James Hannam, to correct the misconception that medieval science was a stagnant pool of flat-earth ignorance.

But such objections do not go to the heart of the issue, because what we’re encountering here is not an appeal to historical fact. Instead, it involves a cultural shorthand in which a fantasy of a pre-modern Other helps us affirm modernity over the past.

Vagueness, or even inaccuracy, is no obstacle to rhetorical potency when condemning something as “medieval”. The looseness of the term – the breadth of its compass – is the key to its magnetism. As both word and idea, “medieval” carries centuries of negative connotation that have made it synonymous with backwardness, superstition and inequality.

So when the word is used today, these negative meanings are mustered to secure agreement and shut down discussion. It is for this reason that it should be opened up to scrutiny. We need to understand what it means when our politicians and pundits describe one another as “medieval”, and why it matters.

This is not offered as a criticism of media or parliamentarians calls for climate action. Rather, what’s striking is that in all cases the “medieval” accusations are superfluous to the arguments against climate change denialism, which are cogent on their own terms.

This doesn’t mean that the medievalism is insignificant; quite the opposite. But its significance is rhetorical, mobilizing the dense and often incoherent anxiety the medieval era evokes in order to appeal to a widely held fear of social regression to a state of willful ignorance.

A slur with bipartisan appeal

The “medieval” accusation is not a tactic only of the Left. Medievalism has a long bipartisan pedigree in modern politics, to the extent that there are distinct “Whig” and “Tory” traditions of it. Arguments from the other side of the climate debate are equally reliant on an idea of the Middle Ages as authoritarian and superstitious, although they deploy it to different ends.

In April, federal attorney-general George Brandis described as “medieval” the unwillingness of the “eco-correct” left to engage with climate skepticism because it opposed their “almost theological” position on climate change.

Brandis contrasted this “orthodoxy” with the post-Enlightenment value of free speech, which he claimed is better protected by the political right.

Here, Brandis reprised a 2011 accusation by senator Mitch Fifield that the then-Labor government was “medieval in its approach to [climate] debates and enquiry”. Fifield claimed that the “words of belief” (“I believe in an ETS”) used by Labor politicians were quasi-theological professions of faith rather than statements of political conviction responding to scientific evidence.

This idea of medieval disapproval of rational enquiry re-animates the once-cherished “conflict thesis”. This claimed that scientific pursuits were repressed by a medieval church fearful of challenges to its authority. It is, again, tempting but ultimately beside the point to note that the conflict thesis has been debunked by numerous studies exploring the church’s patronage of the medieval revival of Aristotelian science. This map of medieval universities illustrates the church-sponsored spread of universities and the associated revival of science across Europe. William R. Shepherd: Historical Atlas, 1923

What is most relevant is that these criticisms could also just as easily have been made without resorting to the medieval. But in a culture that has for centuries shown that, as insults go, “medieval” is a lay down misère, politicians of all stripes keep this effective one-word grenade in their arsenal. It’s effective because, as cultural shorthands go, it’s explosively evocative: nasty, brutish and, yes, short.

A symptom of shaky ideas of progress

In a recent article, we showed that since September 11, use of the word “medieval” has escalated in parliamentary and media conversations on global geopolitics. This is especially so in discussions where the “medieval” theocracy of militant Islamist organizations is positioned as the Other of modern Western secular democracies.

Now it’s clear this escalation is not limited to global politics. But all this medievalist name-calling doesn’t change the science. So why does it deserve our attention?

Tracing the path of the “medieval” insult exposes our politicians’ uncritical allegiance to often ill-defined and contested ideas of progress. It shows how our environmental future is inseparable from their ideological visions of the past they believe they’re superseding.

The crowning irony is that in using the medieval as a byword for irrelevance, they’ve made it more relevant than ever.