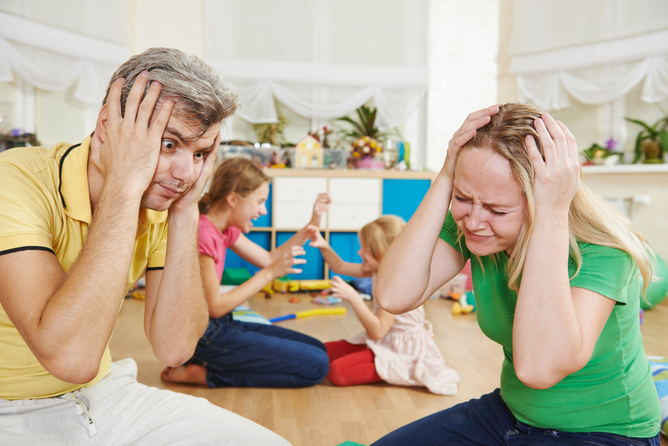 Under siege. Parents in confusion by Dmitry Kalinovsky/Shutterstock

By Dennis Hayes, University of Derby

Parents could soon face fines for parking too near to a school, according to a new Manifesto Club report on new Public Spaces Protection Orders. This comes after a record number of 63,837 fines were imposed on parents in 2012 to 2013 for their children’s “truancy”. More often than not that meant just taking them on holiday in term time.

Teacher unions have often blamed bad pupil behavior on the lack of parental support. This summer, Michael Wilshaw, the head of schools inspectorate Ofsted, suggested that parents who miss parents' evenings or do not read with their children or help them with their homework should be fined.

In the US last year one Wisconsin town decided to fine parents of repeat bullies, prompting an international debate about whether this form of parental punishment should be adopted elsewhere.

It began with Jamie

This new war on parents started in 2005 when celebrity chief Jamie Oliver and the health promotion lobby began their campaign, first against poor quality school dinners but then against all those unhealthy things parents do, like taking children to McDonald’s or putting Jaffa Cakes and crisps in lunch boxes. 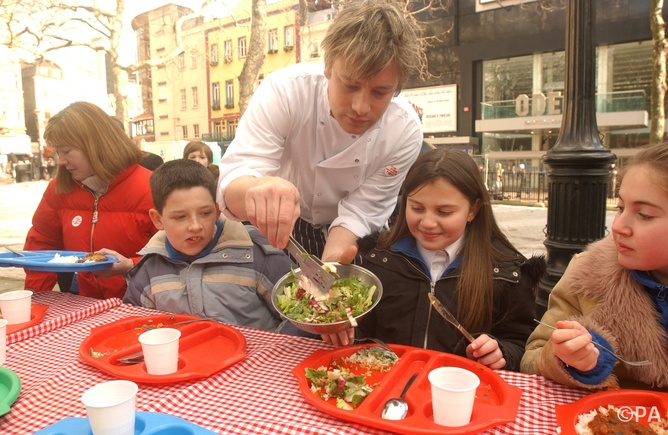 This huge and often unpleasant campaign reached a low point when Oliver claimed that some parents gave their children packed lunches that were so unhealthy their actions were “tantamount to child abuse”.

The campaign has made parents fair game for public condemnation for their “irresponsibility” for nearly a decade.

However unpleasant they are, these instances of blaming and fining are mere skirmishes in the war against parents. The decisive battle is about to take place in Scotland as a result of the passing of the Children and Young People (Scotland) Act 2014. From August 2016 this will assign a “named person”, such as a teacher or health visitor, to look out for the welfare of every child under 18.

Despite patronizing assurances from the government that mothers and fathers are still, in most cases the best people to raise their children, opponents in the lobby group No2NP against the scheme see it as a “monstrous invasion” of family life.

The argument at the core of this legislation is safeguarding. The aim is to ensure that no vulnerable child is failed by institutions of the state. There are debates about the powers of the named person and what monitoring, reporting and interventions they may do. None of this technical debate matters. What this act does for the first time is to say to parents that a person appointed by the state has authority over them and their child. It is the ultimate insult to every loving mum and dad.

Even if it has no impact or is stopped in the courts the idea of a named person sends the message that parents can’t be trusted to raise their own children. By dreaming up this appalling idea, the very concept of parenting is being challenged.

There is no comfort in this being legislation only applicable in a more devolved or independent Scotland. The warning in this legislation is for parents everywhere – those that run the institutions of states, and many that work in them, think that parents are not fit to parent.

The war against parents by the state is taken up too easily by teachers and academics because it has become part of their mindset. Many of the concepts popularized on training programs are part of the armoury of war.

Cultural capital is not everything

A good example is the French sociologists Pierre Bourdieu and Jean-Claude Passeron’s notion of “cultural capital” as often applied to families. In a facile way this can be, with some justification, taken to mean that teachers can’t teach or will be less successful with children whose parents have not given them sufficient “cultural capital”. No Mozart in the womb, trips to art galleries or Homer at bedtime.

The crude use of “cultural capital” in this way blames parents and removes the responsibility, or even the possibility of teaching from teachers. Changing these habitual ways of thinking about parents is just one small step in reversing the tide of war. But we can go further.

There used to be lines near the gates in school playgrounds with the instruction: “Parents must not pass this point” painted on the ground. This was symbolic of a social division of labour which left parenting to parents and teaching to teachers.

We need to paint those lines again with a different instruction, readable from the school: “Teachers, celebrity chiefs, officers from the local authority, Ofsted and all ‘named persons’: do not cross this line”.

Let’s leave parents to parent and keep all these meddlers out of the lives of parents and their children.

Dennis Hayes, Professor of Education at University of Derby, does not work for, consult to, own shares in or receive funding from any company or organization that would benefit from this article, and has no relevant affiliations.