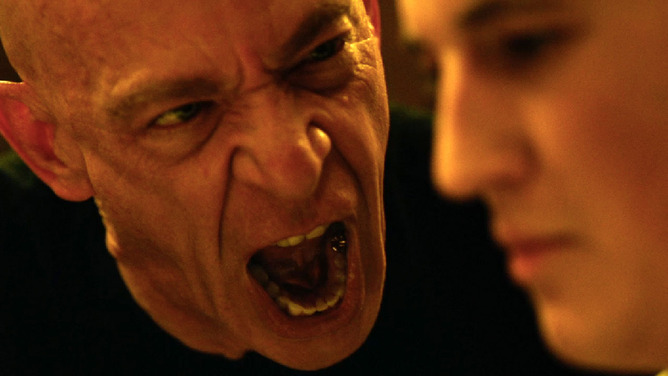 By Lauren Rosewarne, University of Melbourne

A decade of piano lessons with a woman who never allowed my lack of passion, prowess or practice ruin a good thing, exists as a mere red herring.

A good woman, a sane woman, but even ten years with her wasn’t enough to ameliorate the (mis)education I got from music classes in primary school.

Mr. M. for example, let the class’s ratbaggery unhinge him to such an extent that he picked up a table and hurled it at a student. (Sure, the kid ached to be punched but the sane and civil of us resisted).

Then there was the sweet and pretty Ms. C. whose regrettable yen to be perceived as cool allowed her to be railroaded by 24 children who thought studying Kate Cebrano’s Bedroom Eyes for a fortnight was a sound idea.

And then there was Mr. S. Who looked like a scarier, swarthier version of Derryn Hinch circa 1987. His obsession with Don McClean’s Waters of Babylon would have been sufficiently concerning enough on its own, only he steered it towards the truly terrifying.

Initially the instructions were encouraging, as though he merely wanted a room of eight-year-olds to plumb their emotional depths while pretending to weep for “thee Zion”.

Alas, we’d fail to sound grief-stricken, he’d screech “Sadder now. Sadder!” and some of us actually did end up crying because, well, the guy was a psychotic bastard. And then we’d sing Teach Your Children to “cheer up”. Because Mr. S. was nuts.

So, in case I need to make it clear: I’ve never had the opportunity to think of music teachers as anything other than loose cannons. Sure, not all of them actually fire, but then again, some of them force children to cry while singing folk songs.

A truth exists somewhere in between. Buying my ticket for Whiplash, the cashier handed me my change and asked, “Can I tell you a funny story?”

Not exactly funny per se, but it involved a couple who walked out of that morning’s first showing and demanded a refund: “Why didn’t you tell us it was about jazz? We hate jazz!”

Whiplash, as it turns out, isn’t about jazz. Hell, it’s not even about music or passion or artistic creation.

It’s about wanting to be the very best in a field that is fickle and where greatness is subjective. It’s about drive and dedication and perseverance-at-all-costs. Traits I don’t understand, don’t envy and certainly don’t prize. Probably because I hate sport.

And sport, needless to say, could have effortlessly stood in for jazz. As could dance or art or business. And the film would have remained exactly the same. (Afterwards, in fact, I’d reflect on the trailer I saw beforehand - for Foxcatcher - which seemed to cover precisely the same material: i.e., mentally deranged coaches living vicariously through their pupils).

But my interest is the sex.

No, there’s no sex - in fact, the only kissing is familial - but the film is erotically charged. To the point, in fact, where much of my viewing felt not merely voyeuristic, but the wrong kind of dirty.

I was looking in on something that was excruciatingly private but which got played out publicly because having an audience makes the humiliation more gut-wrenching and the emotions that bit more intense. Our introduction to the music teacher Dr Fletcher (J.K. Simmons), is via foreboding footsteps, physical intimidation and drill sergeant emasculation of his pupils.

Pansy-asses. Pussies. Ladies. Allusions to homosexual forays. A threat to, tellingly, “f*** you like a pig”.

Textbook bedroom humiliation tactics where a top gets to play at dominance through language and physicality. A display that might be quite pleasurable for the participants but which, to onlookers, potentially looks like abuse.

And it felt sexual because Andrew (Miles Teller) kept coming back for more. Not that he necessarily liked it per se - I’m not sure “like” is the right word for such pain anyway - but it was arousing for him.

He was turned on by it. It was fuel, apparently, for pushing himself further, harder, longer, sweatier, bloodier. It felt sexual because the film’s build up was always going to result in that spectacular orgasm that Fletcher always knew Andy had in him; that the kid just had to be humiliated hard enough, pushed deep enough and tormented brutally enough until both men were thoroughly spent.

It felt sexual because because ritual humiliation was packaged for the audience as an entertainment product and through it’s consumption we all became complicit.

Sado-masochism aside, it’s actually a beautiful-looking film. A scene towards then end - when the two characters were rewriting history in a bar - illustrated this spectacularly: J.K. Simmons looked like an oil painting in the literal rather than metaphorical sense.

I’m pretty sure however, people don’t pay pay to see films for the lighting. Nor, for that matter, should they pay to see the overuse of a conductor “catching” a musical note in his fist so often that a gripping image becomes a cliché.

Lauren Rosewarne, Senior Lecturer at University of Melbourne, does not work for, consult to, own shares in or receive funding from any company or organization that would benefit from this article, and has no relevant affiliations.