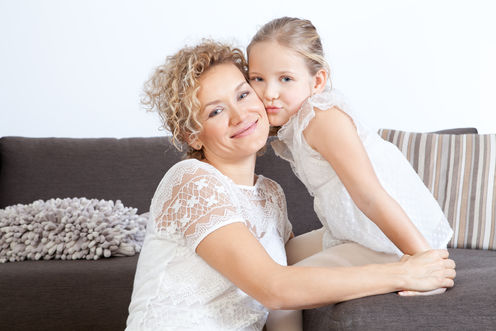 The "average" Australian according to statistics is a 37 year-old woman with two kids, a mortgage and three bedroom house. But how "typical" are her consumer choices? Image from Shutterstock

Who is the “typical” or “average” consumer? Is there such a thing? What do they look like? How do they make decisions? Am I an average (or perhaps a below average) consumer?

It’s something that comes up a lot in discussions around consumer protection, consumer advocacy, and regulation. Judges in consumer cases, for example, often ask whether the average person would understand their obligations in relation to a particular contract to which they have agreed.

Similarly, cases related to the advertising of over-the-counter medicines, often rely on a judgment as to whether a typical consumer would understand the intentions of a particular advertisement.

And when you take into consideration American comedian George Carlin’s famous, and correct, assessment of the situation, “Think of how stupid the average person is, and realize half of them are stupider than that,” you do start to worry a little.

But the question that I always grapple with is by what criteria are we measuring typical or average?

Regulators, politicians, and judges of the Federal Court are all consumers, but many people would argue that they are not typical consumers; they tend to be highly educated, get paid quite a bit, hang around with people like themselves, and spend much of their time thinking about case law, policy, precedent, process, and competing arguments.

So, it does surprise me that we look to them to make judgments about how a typical consumer might behave in a particular situation.

Perhaps the simplest way to find the average consumer would be to use simple statistics, and find the “mean” consumer across a range of demographics, such as age, race, income, and profession. Except the problem with that is that you end up with someone who is a bit of everyone, but no one in particular.

According to the Australian Bureau of Statistics in 2011, the “average” Australian was a blonde, brown-eyed, 37-year-old woman with two children aged nine and six, two cars and a mortgage of $1,800 a month on her three-bedroom home. Applying statistical analysis also revealed that this average person was born in Australia (as were her parents), describes herself as Christian, weighs 71.1 kilograms and works as a sales assistant.

But that isn’t very satisfying. It might, technically, be the average person, but there are certainly problems with assuming that every person is going to be a version of this one.

So, perhaps the best way to think about a typical consumer would be to view it from a psychological perspective. What can research into consumer behavior tell us?

Prepare yourself, because the typical consumer is likely to be someone who is vain, slightly deluded about their capacities, makes most of their decisions without thinking about them, is easily swayed by emotion, is indecisive, and has a tendency to be somewhat biased about the type of information that they expose themselves to and how they interpret it.

To add to the disappointment, the typical consumer uses cognitive shortcuts, is easily swayed by what is going on around him or her, uses bounded rationality, is impatient, has a limited and pot-hole riddled memory, is unable to process more than a small amount of complex information, and prefers to stick with what they know, rather than take a risk with what they don’t.

It’s not a particularly attractive or comforting picture, and may be a little unsatisfying to those of you who think you are a highly evolved creature, totally in control of your domain, but that pretty much sums up most of us.

Perhaps when people talk about the typical consumer, what they actually mean is something akin to the “ideal” consumer.

The consumer that we would hope to be.

But, then we get into a whole new area of complexity. Who decides what we mean by ideal? Politicians? Regulators? Talk-back hosts?

Often, when people talk about the typical consumer, they are unconsciously (or perhaps consciously) hoping for a definition that encompasses someone who is mostly rational and doesn’t make mistakes in their decision-making.

But unfortunately, a new study from Japan published in the journal Psychological Science, that tried to find this totally rational being – the elusive homo economicus – makes up only a minority of the population, and that this particular group also demonstrated some frightening tendencies and habits that were verging on psychopathy. Not the ideal consumer, if you ask me.

The other problem with this categorisation of the rational consumer is the recognition that markets work predominantly because people typically are not rational. Markets and economies rely on people taking risks, hoping for the best, making mistakes, learning from their mistakes, being optimistic and imagining a better future. If we were completely rational, or even mostly rational, and if we engaged in detail with every decision we made, every moment of the day, very little would get done; we would still be in bed, debating whether it was safer to get up, or stay in bed.

For my part, the issue shouldn’t be about trying to define a typical consumer, but more about how we understand, accept, and describe complex human behavior, and consider all forms of vulnerability.

To do that, those who are asking about the behavior of a typical consumer need to be open to insight and evidence from outside their usual systems and knowledge bases. I am already seeing this amongst some enlightened regulators and judges, but they are very much in the minority.

First and foremost, however, we all need to recognize that the average consumer is an arbitrary and convenient construct, which is helpful, but not absolute.

N.B. Most people who read this article will say that they don’t consider themselves to be the average consumer. And they would be correct (see previous paragraph).

By Paul Harrison, Senior lecturer, Graduate School of Business at Deakin University. Harrison has received funding from the Australian Communications and Consumer Action Network, the Australian Securities and Investment Commission, and Monash Health. He is a board member of the Telecommunications Industry Ombudsman, and a member of the Consumer Insights Panel of the Essential Services Commission. This article was originally published on The Conversation. Read the original article.