Was Euclid A Black Woman? Sorting Through The False History And Bad Philosophy Of Mathematics
By The Conversation | October 24th 2016 12:29 PM | Print | E-mail 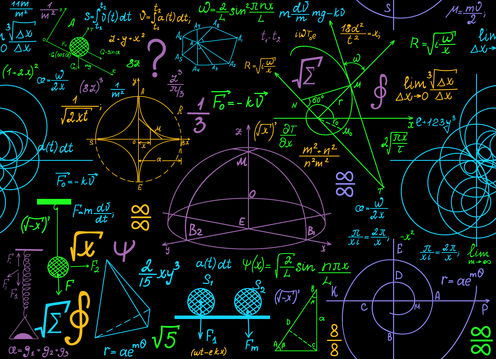 A false history of science was used to initiate colonial education, in support of colonialism. This false history persists. In a recent article about decolonizing mathematics, for instance, Professor Karen Brodie asserts that, “Much, though certainly not all, of mathematics was created by dead white men.”

This is not true.

Consider the most elementary mathematics of fractions. Did the white man invent it? No. The Rhind papyrus shows that black Egyptians knew about fractions from at least 3,700 years ago. Moreover, Greeks and Romans did not: there is no systematic way to represent fractions in traditional Greek and Roman arithmetic. Europe imported the arithmetic of fractions, and it came into the Jesuit syllabus only around 1572, and the white man finally started learning what Ahmose the scribe was teaching black children 3,000 years earlier.

What mathematics could “dead white men” have created without even a knowledge of fractions?

Of course, Western historians have long claimed that “real” maths was invented by Greeks: Pythagoras, Euclid and so on. However, Pythagoras is myth and there is no historical evidence for Euclid, as I’ve explained in my book Euclid and Jesus.

The “evidence” for Euclid is so thin, that I’ve instituted a challenge prize of around R40,000 for serious evidence about Euclid. This stands unclaimed and has done for several years.

Further, though the text Elements (which Euclid supposedly wrote) comes from Alexandria in Africa, its author is commonly visualised as a white man. But it is rather more likely that the anonymous “author of the Elements” was a black woman.

When this is pointed out, some people try to save the myth: they say they don’t care about the author, only the book. However, it is another false Western myth that the book Elements is about deductive proofs. The actual book contains no pure deductive proofs. Its very first proposition is proved empirically, as is its fourth proposition (the side angle side theorem), needed for the proof of its penultimate proposition (“Pythagorean proposition”).

Stripping off the false history exposes the central philosophical claim: that “real” math is about deductive proofs which are infallible and lead to “superior” knowledge. However, that claim too is false: deductive proofs are fallible. So an invalid deductive proof can be easily mistaken for a valid one. For centuries, the most authoritative Western scholars collectively made this mistake, when they wrongly praised “Euclid’s” Elements as a model of deductive proof.

Worse, even a validly proved mathematical theorem is only an inferior sort of knowledge, since we never know whether it is valid knowledge. For example, the “Pythagorean theorem” is not valid knowledge for triangles drawn on the curved surface of the earth. However, Europeans kept applying the “Pythagorean theorem” to such triangles to determine latitude and longitude on their navigational technique of “dead reckoning”. This led to centuries of navigational disasters and made navigation – and determination of longitude – the key scientific challenge for Europeans from the 16th to the 18th centuries.

This is a valid deductive proof, but is the conclusion valid?

Anyway, the postulates of formal mathematics, say set theory, cannot be empirically checked. So formal mathematics is pure metaphysics. The only way to check its assumptions is to rely on authority – and in practice we teach only those postulates approved by Western authority. For example, calculus is done with formal real numbers (and not Indian non-Archimedean arithmetic, or floating point numbers used in computer arithmetic). School geometry is taught using Hilbert’s far-fetched synthetic postulates, not Indo-Egyptian cord geometry.

Thus, formal mathematics creates a slave mentality. It creates a person who blindly relies on Western authority and conflates it with infallible truth. So finding better ways of inculcating that slave mentality – teaching the same maths but differently, as Brodie proposes in her article – is absolutely the last thing we should do.

False claims of “superiority” are a trick to impose Western authority, exactly as in apartheid. Everyone understands 1+1=2 in a commonsense way. But Whitehead and Russell took 378 pages in their Principia to prove 1+1=2. Declaring such mountains of metaphysics as “superior” knowledge has political value. People who cannot understand those 378 pages “needed” for 1+1=2 are forced to trust an “expert”.

The entire colonial tradition of education teaches us to trust only Western-approved experts, and distrust everyone else. This creates epistemic dependence for even the simplest things like 1+1=2, making epistemic dissent impossible.

But epistemic dissent is central to decolonization. And much work has already been done to decolonize mathematics.

There is an alternative philosophy of mathematics, consolidated in my book Cultural Foundations of Mathematics and now renamed zeroism.

It rejects the Western metaphysics of formal mathematics as religiously biased since the days of Plato, who related mathematics to the soul. Actual teaching experiments have been performed with eight groups in five universities in three countries – Malaysia, Iran and India.

This decolonised math is so easy that the calculus can be taught in five days. Work on this approach to decolonising mathematics and science has been reported in various meetings on decolonisation organised by the Multiversity. It was publicly discussed in newspapers and blogs, and prominently reported in newspapers, magazine articles, interviews and videos.

Decolonised maths rejects the redundant metaphysics of formal math as inferior knowledge. It reverts to a commonsense practical philosophy of mathematics as a technique of approximate calculation for practical purposes. By making math easy, it enables students to solve harder problems that are usually left out of existing courses. It also leads to a better science, the simplest example being a better theory of gravitation arising from correcting Newton’s wrong metaphysical presumptions about calculus.

In short, maths can be decolonized. The simple way to do it is to have the courage to stand up to its false Western history and bad Western philosophy, and focus solely on its practical value.

By Chandra Kant Raju, Editorial Fellow, Centre for Studies in Civilizations. This article was originally published on The Conversation. Read the original article.