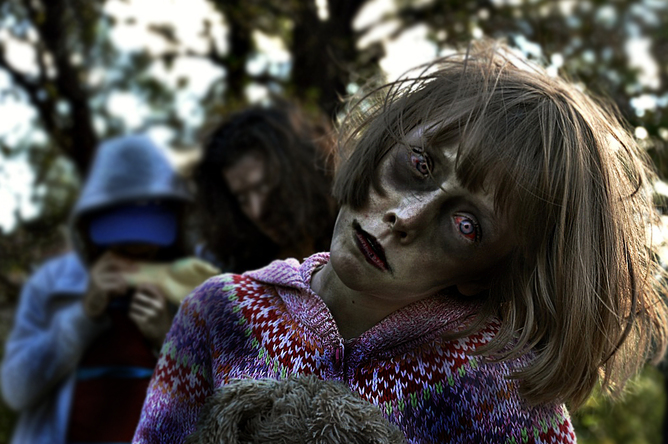 The word morality makes people uneasy – but not ethics. What is the basis of a moral education? Credit: Flood G/Flickr, CC BY-NC-ND

The human animal takes a remarkably long time to reach maturity. And we cram a lot of learning into that time, as well we should: the list of things we need to know by the time we hit adulthood in order to thrive – personally, economically, socially, politically – is enormous.

But what about ethical thriving? Do we need to be taught moral philosophy alongside the three Rs?

Ethics has now been introduced into New South Wales primary schools as an alternative to religious instruction, but the idea of moral philosophy as a core part of compulsory education seems unlikely to get much traction any time soon. To many ears, the phrase “moral education” has a whiff of something distastefully Victorian (the era, not the state). It suggests indoctrination into an unquestioned set of norms and principles – and in the world we find ourselves in now, there is no such set we can all agree on.

Besides, in an already crowded curriculum, do we really have time for moral philosophy? After all, most people manage to lead pretty decent lives without knowing their Sidgewick from their Scanlon or being able to spot a rule utilitarian from 50 yards.

But intractable moral problems don’t go away just because we no longer agree how to deal with them. And as recent discussions on this site help to illustrate, new problems are always arising that, one way or another, we have to deal with. As individuals and as participants in the public space, we simply can’t get out of having to think about issues of right and wrong.

Yet spend time hanging around the comments section of any news story with an ethical dimension to it (and that’s most of them), and it quickly becomes apparent that most people just aren’t familiar with the methods and frameworks of ethical reasoning that have been developed over the last two and a half thousand years. We have the tools, but we’re not equipping people with them.

So, what sort of things should we be teaching if we wanted to foster “ethical literacy”? What would count as a decent grounding in moral philosophy for the average citizen of contemporary, pluralistic societies?

What follows is in no way meant to be definitive. It’s not based on any sort of serious empirical data around people’s familiarity with ethical issues. It’s a just tentative stab (wait, can you stab tentatively?) at a list of things people should ideally know about ethics, and based, on what I see in the classroom and, online, often don’t.

1. Ethics and morality are (basically) the same thing

Many people bristle at the word “morality” but are quite comfortable using the term “ethical”, and insist there’s some crucial difference between the two. For instance, some people say ethics are about external, socially imposed norms, while morality is about individual conscience. Others say ethics is concrete and practical while morality is more abstract, or is somehow linked to religion.

Out on the value theory front lines, however, there’s no clear agreed distinction, and most philosophers use the two terms more or less interchangeably. And let’s face it: if even professional philosophers refuse to make a distinction, there probably isn’t one there to be made.

Every philosophy teacher probably knows the dismay of reading a decent ethics essay, only to then be told in the final paragraph that, “Of course, morality is subjective so there is no real answer". So what have the last three pages been about then?

There seems to be a widespread assumption that the very fact that people disagree about right and wrong means there is no real fact of the matter, just individual preferences. We use the expression “value judgment” in a way that implies such judgments are fundamentally subjective.

Sure, ethical subjectivism is a perfectly respectable position with a long pedigree. But it’s not the only game in town, and it doesn’t win by default simply because we haven’t settled all moral problems. Nor does ethics lose its grip on us even if we take ourselves to be living in a universe devoid of intrinsic moral value. We can’t simply stop caring about how we should act; even subjectivists don’t suddenly turn into monsters.

3. “You shouldn’t impose your morality on others” is itself a moral position.

You hear this all the time, but you can probably spot the fallacy here pretty quickly: that “shouldn’t” there is itself a moral “shouldn’t” (rather than a prudential or social “shouldn’t,” like “you shouldn’t tease bears” or “you shouldn’t swear at the Queen”). Telling other people it’s morally wrong to tell other people what’s morally wrong looks obviously flawed – so why do otherwise bright, thoughtful people still do it?

Possibly because what the speaker is assuming here is that “morality” is a domain of personal beliefs (“morals”) which we can set aside while continuing to discuss issues of how we should treat each other. In effect, the speaker is imposing one particular moral framework – liberalism – without realizing it.

This is an easy trap to fall into. Something’s being “natural” (if it even is) doesn’t tell us that it’s actually good. Selfishness might turn out to be natural, for instance, but that doesn’t mean it’s right to be selfish.

This gets a bit more complicated when you factor in ethical naturalism or Natural Law theory, because philosophers are awful people and really don’t want to make things easy for you.

There’s several different ethical frameworks that moral philosophers use, but some familiarity with the three main ones – consequentialism (what’s right and wrong depends upon consequences); deontology (actions are right or wrong in themselves); and virtue ethics (act in accordance with the virtues characteristic of a good person) – is incredibly useful.

Why? Because they each manage to focus our attention on different, morally relevant features of a situation, features that we might otherwise miss.

So, that’s my tentative stab (still sounds wrong!). Do let me know in the comments what you’d add or take out.

This is part of a series on public morality in 21st century Australia. We’ll be publishing regular articles on morality on The Conversation in the coming weeks.

Patrick Stokes, Lecturer in Philosophy at Deakin University, does not work for, consult to, own shares in or receive funding from any company or organisation that would benefit from this article, and has no relevant affiliations.