Sporting history is littered with tales of defeat snatched from the jaws of victory. Famously, the US golfer Doug Sanders was a three-foot putt away from winning the 1970 Open Championship in St Andrews. He missed. Not only did it lose him the championship, it cost him several sponsorship and endorsement deals too.

Sanders later recalled that he missed the crucial shot because he was wondering where to bow first when he’d won. The golfer failed to direct his attention to the information that mattered most before he took his shot. His mind had wandered. Sanders was no longer concentrating on what he needed to do to sink his putt.

The mechanism that helps us to realize the mind has wandered has become an area of interest in the field of sports psychology because it is the process which enables athletes to re-focus their attention. If they are aware of – and listen to – this mechanism, they are less likely to succumb to distractions. Crucially, having this knowledge and awareness means psychologists, athletes and coaches can put into place interventions to take control of attention, enabling a player to concentrate on the information that is most relevant. 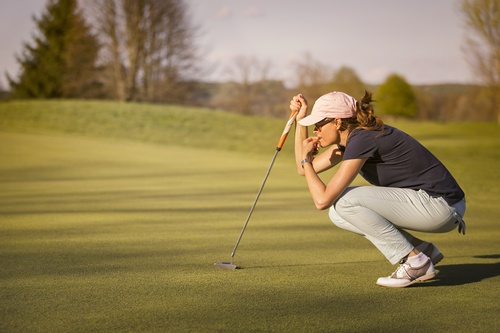 Our research over the last four years has sought to understand what enables concentration in sport. In particular we examined golfers’ beliefs, knowledge and understanding of their own ability to focus to explain the processes behind concentration.

We specifically chose this sport because golfers normally experience changes in their concentration before, after and between shots. This means the game provides a useful lens to examine the processes that enable the focusing and re-focusing of attention.

Our research revealed that this attention-alerting mechanism can be understood as an ongoing process called “meta-attention”, which has its origins in educational psychology but is also considered relevant to sport. Meta-attention simply means the awareness, knowledge and control of attention – the mechanism that reminds us to pay attention to what we believe is most important in any given situation.

If we picture our attention as a spotlight – one that can shine not just outwards to our environment, but inwards into our own minds – meta-attention is the awareness of where the spotlight is shining and what we do to direct its beam.

But while we have awareness of how attention may operate, like the spotlight, it is only recently that research has looked further to understand the mechanisms that may be directing the spotlight. In particular, our study has developed a theory to understand the processes that can help divert a spotlight, uncovering the mechanisms that underlie concentration.

To understand what golfers know about attention, I interviewed eight elite golfers. These revealed how golfers evaluated the resources they needed for the shot they were taking, such as a past experience, then put in place a plan which was followed by a consistent pre-shot routine. This might entail creating a mental image of where the player wants the ball to go while performing practice swings for example.

Afterwards, the golfers explained, they would run though their post-shot routine where they reflected on the outcome of the shot. Then they would switch off, directing their spotlight to less relevant thoughts, like a drink at the bar. 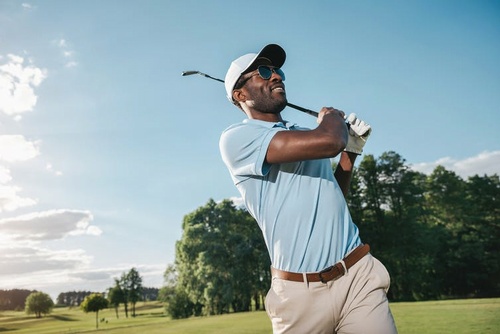 Meta-attention is the process which enables players to fully concentrate on taking a shot. Shutterstock

Our second study followed on from our original research, examining what meta-attention looks like as it happens during a performance. Here, with club-level golfers, we used a research method called “think aloud”, where every thought and internal speech has to be spoken out loud. Viewing meta-attention in a live performance setting allowed us to examine golfers’ awareness of their attention, including what was illuminated by their attentional spotlight and the strategies they used to direct it.

The results showed that during performance, golfers engaged in the process of meta-attention and used control strategies such as pre-shot routines. Interestingly, furthering established understanding, each golfer did not verbalize drawing on “attention resources” like past experiences, for every shot. Instead it seems this process may be largely automatic, suggesting that golfers are only aware of drawing on attention resources at times when they are most needed.

The study revealed that when golfers did verbalize their attention resources, it tended to be for more challenging shots – reflecting on training experiences prior to a recovery shot from a bunker, for example. In line with our theoretical understanding of meta-attention was the way club-level golfers implemented consistent control strategies – like pre- and post-shot routines – and frequently focused on helpful environmental information such as a clear visual target which could be seen from the tee.

The think aloud findings showed that golfers would often move their spotlight to information that they felt would be most useful to their game throughout performance. In other words, when faced with a challenge, they might consciously look for a similar experience to guide and inform the situation they are facing.

Having awareness of, and acting upon, the information that is highlighted to help players concentrate is key. If golfers perceive their spotlight is not shining on information they believe to be most relevant – like Doug Sanders experienced – then they can initiate control strategies to redirect the spotlight.

Noting some of the previous research alongside our own findings, we recommend golfers opt for consistent pre- and post-shot routines when it comes to concentration. In doing so, players have greater control of their attention and are less likely to miss the shot of a lifetime, like the unfortunate Sanders. Once asked if he ever thought of his career-defining miss, the breezy golfer replied: “Only every four or five minutes.”

By Alex Oliver, PhD Psychology Student, School of Health&Life Sciences,Glasgow Caledonian University. This article is republished from The Conversation under a Creative Commons license. Read the original article.