We've Forgotten The Trial Of Socrates: Excellence And Winning Aren’t The Same Thing
By The Conversation | April 18th 2015 06:30 AM | Print | E-mail 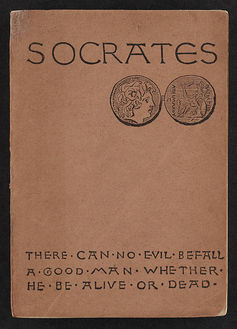 Surveying news headlines in recent years, it seems that cheating is rampant.

In the athletic arena, Lance Armstrong was stripped of his seven Tour de France titles for using performance-enhancing drugs.

In business, some of the world’s largest banks have paid nearly $200 billion – the equivalent of the GDP of New Zealand – in fines over the past six years for cheating.

Numerous politicians, including Eliot Spitzer, the former Governor of New York, have been forced to resign after cheating on their spouses.

Even academia has been rocked by cheating scandals, including recent test-taking irregularities involving students at Ivy League schools and the recently concluded test tampering trial of some Atlanta public school principals. What does winning mean? In this photo, a list of Tour de France winners, including the notation Lance Armstrong lost his titles, inside the Notre-Dame des Cyclistes (Our Lady of Cyclists) in France. Regis Duvignau/Reuters

Beholding such scandals, it seems that we have forgotten what it truly means to win, or what we are really fighting for. The real goal of competition is not to win, but to excel, to do your best, and this is a distinction that too many contemporaries seem to have lost sight of.

Competition can be a good thing, but not if it leads the competitors to subterranean conduct. Competition can be beneficial to competitors, the game, and society only so long as it brings out our best. Those who are willing to pay any price – to cheat, lie, bribe, coerce, sabotage, and in some cases, even to kill – are no longer competing in any worthwhile sense.

Regardless of the particular field of play, cheaters and ruthless competitors have forgotten what the game is truly about, mistaking coming out on top for rising to genuine excellence. Blinded by money, power, or fame, they have subordinated a higher good – true excellence – to a lower one – the sorts of things that excellence may lead to, but which are never worth having if they are not based on noble effort.

For one of the most illuminating examples of the difference between winning and excellence, we need look no farther than one of the greatest trials in human history. Situated in ancient times, it pitted an impoverished and the usual sense, utterly unsuccessful citizen against a phalanx of wealthy and powerful accusers.

In fact, the accused was so poorly regarded that he was frequently held up as an object of ridicule, having been famously lampooned on stage. The charges against him included corrupting the youth and undermining the highest values of the city. Behind these lay additional charges, including the accusation that he accepted money to teach pupils how to make weak arguments appear strong.

Socrates A translation of the Apology Crito and parts of the Phaedo of Plato Sarah Wyman Whitman (binding), Ellen Francis Mason (Illustrator) via Wikimedia Commons

Socrates asks: what are we living for?

I am referring to the trial of Socrates, as recounted in Plato’s masterpiece, the Apology. The event in question is reported by multiple sources, which differ in some respects. It is even rumored that the accused never even uttered a word in his defense. Some say that his two most famous chroniclers, Plato and Xenophon, have simply placed in his mouth the words he should have spoken.

Though we will never know for sure precisely what was said, we do know for certain that the Apology of Plato represents one of the most penetrating explorations of the difference between merely winning and genuine victory that exists in the annals of Western civilization. Socrates, who is literally on trial for his life, could prevail, but instead chooses to do something more significant.

Specifically, Socrates chooses to fight well, to display the very excellences that have made him one of the most important servants of Athens – not to say humanity itself – in its history. He urges the over 500 fellow citizens of his jury, tens of thousands of his fellow Athenians, and millions today to accompany him on an investigation into the nature of our lives.

Specifically, he asks us to consider what we are living for. Is it wealth, or power, or fame? If so, he says, then we are living upside down, having allowed lower goods to trump higher ones. In fact, Socrates would say, we are not really living at all, because we are chasing at mere shadows instead of devoting ourselves to the pursuit of substantial things that really bring us to life.

Socrates, who famously said that the unexamined life is not worth living, encourages us to examine our lives deeply, pursuing reasons for living so important they would warrant laying even our lives on the line. When it comes to goods of this magnitude, Socrates would say, no real harm can befall us, while if we devote our lives to the pursuit of the other sort, no real good can come our way. In this spirit, Socrates does not try to win his acquittal. When he is convicted, he does not propose a serious alternative to the death penalty. And when he is condemned to die, he does not plead for his life or lash out in anger at those who have accused him. How could he, for in doing so, he would exemplify the very small-mindedness he abhors.

Quite the opposite, Socrates tells the jury that, if his life is spared, he will only carry on doing what he has done all along – asking hard questions of people who think they have all the answers.

Far from condemning his accusers, Socrates actually asks for their help. He entreats them, once he is gone, to do for his three young sons what he has spent his life doing for the people of Athens – urging them to examine their lives, to look in the mirror, and to ask themselves whether they are truly happy with what they see.

What is the point of living, Socrates asks, if we fail to bring out the best in ourselves and others? Imparting this message is far more important to him than prevailing when the verdict is read. It is not that winning is unimportant, but it is not most important, and he refuses to let mere victory undercut excellence.

In this, Socrates serves as one of our best models of what is truly worth competing for. This is why, as an educator, I revel in the opportunity to introduce students to Plato’s accounts of his teacher’s trial and last days.

His words and his life are a clarion call for troubled times. The next time an athlete is tempted to cheat, a businessperson is drawn to bend the rules to make a buck, a politician feels lured to corruption in the pursuit of power, or a student is tempted to cheat on an exam to gain a higher score, they should pause for a moment and ask a simple question: What would Socrates do, and why?

By Richard Gunderman, Chancellor's Professor of Medicine, Liberal Arts, and Philanthropy at Indiana University-Purdue University. This article was originally published on The Conversation. Read the original article.