These two words may seem simple, but the ability to express them when you’re in the wrong is anything but – particularly for those in the public eye.

Virginia Gov. Ralph Northam, to name a recent example, was forced to apologize after his 1984 medical school yearbook page resurfaced showing two unnamed men, one with blackface and another wearing the Ku Klux Klan’s white hood and robe. That he seriously botched his effort to apologize is arguably one of the reasons many people are still calling on him to resign.

As a language scholar, I wanted to get to the bottom of just what makes an apology effective by analyzing dozens of mea culpas. While some offered authentic apologies, many more seemed defensive, insincere or forced.

With the help of insights from linguists, psychologists and business ethicists who study apologies, I found that there are three main elements each needs to have to be effective. 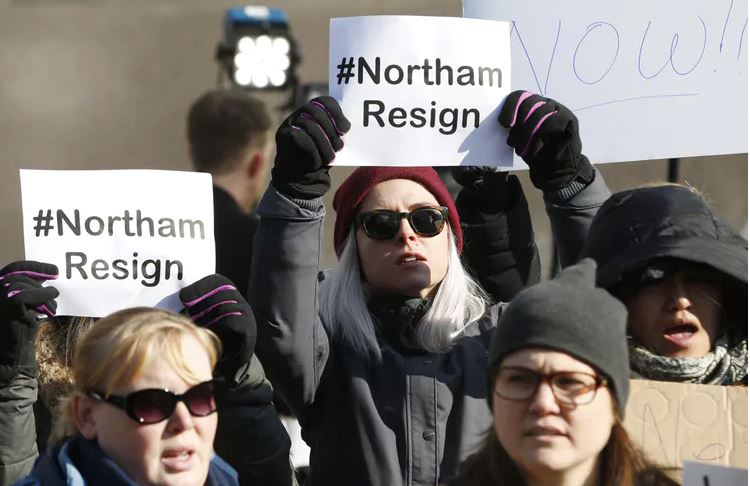 Not all apologies are equal

Much is at stake with a public apology.

When done right, it can rebuild trust and restore a damaged reputation. However, a poorly crafted apology can lead to widespread criticism and further damage credibility. Research shows that the way a company crafts an apology can even affect its future financial performance and that leaders who apologize tend to be viewed more favorably than those who don’t.

In “When Sorry Isn’t Enough: Making Things Right with Those You Love,” Gary Chapman and Jennifer Thomas cite a survey of what people preferred most in an apology. It found that almost four-fifths wanted their would-be penitent to either express regret or accept responsibility, as opposed to make restitution, repent or seek forgiveness.

In 2011, David Boyd, now dean emeritus at Northeastern University’s D’Amore-McKim School of Business, identified seven strategies that make public apologies effective. I believe three of them – revelation, responsibility and recognition – are the most significant because they overlap with those identified by prominent scholars in other fields, including linguists Andrew Cohen and Elite Olshtain and psychologist Robert Gordon.

That is, an admission for the lapse using the words “I am sorry” or “I apologize,” ownership for the offense and empathy for those who have been hurt all contribute to an effective apology. But it’s not enough for an apology just to contain these three ingredients. It’s also about the exact wording used.

In my analysis of infamous public apologies that celebrities, CEOs and political figures have delivered over the past two years, I was looking for how they fared according to Boyd’s standards of revelation, responsibility and recognition. I also closely examined the language of each apology, applying many insights from linguist Edwin Battistella’s book “Sorry About That: The Language of Public Apology.”

This may seem obvious but sadly isn’t: Any respectable apology must include an actual apology with a specific acknowledgment of what was done. Surprisingly, some people attempting to own up to something never get around to actually apologizing.

Comedian Louis C.K., for example, never actually used words like “apologize” or “sorry” after being accused of sexual misconduct by several women. He called the stories “true” and said he was “remorseful” but dodged the actual apology.

Others try to apologize in a general way to avoid being pinned down to a specific transgression, weakening the impact. Or they may admit to a lesser offense. A case in point is Apple’s non-apology apology in December 2017 over the performance of iPhone batteries.

“We’ve been hearing feedback from our customers about the way we handle performance for iPhones with older batteries and how we have communicated that process,” the company said. “We know that some of you feel Apple has let you down. We apologize.”

Was Apple apologizing for the poor-performing batteries, its communication process or the feelings of its customers? Distancing the actual apology from the transgressions is a common tactic in corporate apologies, used in recent years both by Airbnb and Uber as well.

Any well-crafted apology must claim responsibility for the transgression – not attribute one’s actions to happenstance or external factors.

Amid the Cambridge Analytica scandal, Facebook CEO Mark Zuckerberg used the passive voice to distance himself from any wrongdoing: “I’m really sorry that this happened,” he said in an interview to CNN.

That wasn’t the first time he used the passive voice this way. In an earlier apology issued in 2017 after Facebook was criticized for Russia’s meddling in the 2016 election, he said, “For the ways my work was used to divide people rather than bring us together, I ask forgiveness and I will work to do better.”

The choice of the passive suggests that he has little control over the ways his work was used by others.

Another example is Charlie Rose, a television journalist fired by CBS following accusations of sexual misconduct. He issued an apology in the following manner: “I have learned a great deal as a result of these events, and I hope others will too. All of us, including me, are coming to a newer and deeper recognition of the pain caused by conduct in the past, and have come to a profound new respect for women and their lives.”

By including himself as one of several people and embedding his actions as part of a broader group’s actions, he minimized responsibility for his own transgressions.

Others simply try to deflect attention from the transgression as part of an apology, as actor Kevin Spacey did when he announced his sexual orientation or like disgraced media mogul Harvey Weinstein’s vow to direct his anger to the National Rifle Association.

In contrast, Starbucks CEO Kevin Johnson in April 2018 gave an example of an apology that takes real ownership after two African-American men were arrested while waiting for a friend at one of his stores: “These two gentlemen did not deserve what happened, and we are accountable. I am accountable.”

Finally, apologies should meet the standard of recognition: expressing empathy to those who have been hurt.

Many so-called apologies fail to acknowledge victims’ feelings, focusing instead on justifications or excuses. For example, actor Henry Cavill apologized for his controversial statements about the #MeToo movement by saying he’s sorry for “any confusion and misunderstanding that” his comments created. In doing so, he insinuated that there was no transgressor or victim, as more than one party is typically to blame for a misunderstanding.

Expressions of empathy are further weakened anytime a modal such as “may” is used to cast doubt on whether the transgression had a negative impact on others. In an apology issued by the record producer Russell Simmons for sexual misconduct, his use of “may” ultimately suggests that women may or may not have been offended by his actions: “For any women from my past who I may have offended, I sincerely apologize. I am still evolving.”

Furthermore, those last four words show that he’s focusing on his own growth, rather than the pain of his victims.

Returning to Northam, his apology failed to live up to all three strategies.

After initially accepting that one of the men was him, he quickly reversed himself, expressing contrition while distancing himself from the racist photo. And then his apology included the vague wording “for the decision I made to appear as I did,” which hardly constitutes a worthy admission of wrongdoing.

Referring to his actions as “this” rather than “my” minimizes ownership. And rather than accepting responsibility, he pleads with the public not to let his past behavior shape how they see him.

So if you’re finding it difficult to parse the multitude of public apologies in the mainstream media, look closely for these three ingredients, along with the language each uses.

By Lisa Leopold, Associate Professor of English Language Studies, The Middlebury Institute of International Studies at Monterey, Middlebury. This article is republished from The Conversation under a Creative Commons license. Read the original article.