Warning: this article contains spoilers for those not up to date with Game of Thrones season six.

Events in HBO’s Game of Thrones TV series have got people talking about what it means to return from the dead. But while resurrection appears to be a very real possibility for some of the religions of mythical Westeros – not least Jon Snow’s resurrector, the “red priestess”, Melisandre – what can the Bible add to the discussion?

In fact, coming back from the dead was a fairly rare event around the time of Jesus. Very few ancient Greeks and Romans ever managed to make it out of Hades, but those who did were heroes, such as Hercules and Protesilaus. Orpheus and Eurydice by Auguste Rodin (1893). The Metropolitan Museum, NY

A particularly famous example is Orpheus, who travels to the murky underworld to rescue his beloved Eurydice. As Orpheus is leading Eurydice out of the darkness, he turns to look back at her, breaking the agreement he’d made – and Eurydice is taken back into the depths of Hades, never to return. This story was popular in antiquity, represented in a variety of art, and continues to be so today.


The Arcade Fire, “Afterlife,” from their 2013 album, Reflektor; the album interprets the Orpheus myth and the official music video shows the 1959 film Black Orpheus.

What is clear in antiquity is that it is heroes, such as Orpheus, not ordinary mortals, who come back from the dead.

Resurrection in the Bible

Perhaps like some heroes, Jesus’s own resurrection points to his extraordinary identity as the Son of God. Resurrection wasn’t a key characteristic of expected messiahs in early Judaism, but became a common trope to describe saviors after the rise of Christianity. But Jesus isn’t the only one resurrected in the Bible. The story of Lazarus is only found in the Gospel of John, but has likewise enjoyed millennia of reinterpretations in art.

In Bethany, Jesus finds out that Mary and Martha’s brother Lazarus has died and is already entombed – he’s been dead for four days. He tells Martha that “whosoever lives and believes in me will never die” (John 11:26) and then orders Lazarus to come out of the tomb, alive but still wrapped in his burial cloths (John 11:43–44). 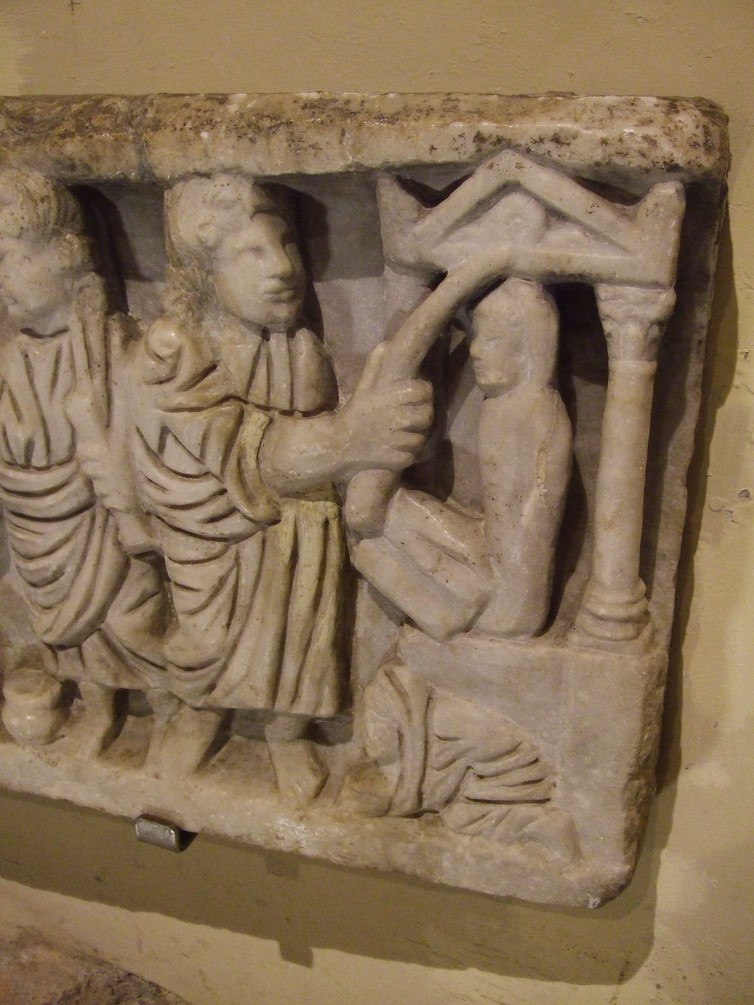 Jesus’s claim that “whosoever lives and believes in me will never die” has not always been interpreted as referring to Lazarus’s eternal life in heaven; some followers of Jesus seem to have believed that Lazarus was never to die a bodily death again after his resurrection. The final chapter of John, for example, believed by most scholars to be a later addition, reports that a “rumour spread among the disciples that this disciple would not die” (John 21:21–23).

The question this raised was, if someone has been brought back from the dead, can they then die again? Is it really the case, as is believed on Game of Thrones' Iron Islands, that “what is dead may never die?”

Death is not the end

If you aren’t up to date with season 6, you’re going to want to stop reading here.

Coming back to life is not uncommon in the world created by George R R Martin. Aside from Jon Snow’s dramatic comeback, the current season boasts the White Walkers, whose corpse army threatens the Seven Kingdoms; the Frankenstein-esque resurrection of The Mountain, Gregor Clegane, by disgraced Maester Qyburn; Daenerys Targarian’s second escape from the flames; and the drowning of Euron Greyjoy as a kind of baptism to the Drowned God of the Iron Islands. What is dead may never die, indeed.

Jon Snow’s return to life is facilitated by Melissandre. The red priests and priestesses, who serve the god R'hllor, Lord of Light, seem to be able to call back the dead at will. The most successful resurrectionist is probably Thoros, who has brought back Beric Dondarrion six times and counting, each time praying to the Lord of Light. In Martin’s Song of Ice and Fire book "A Storm of Swords" – which differs from the TV series – Catelyn Stark is also brought back to life as Lady Stoneheart by Beric Dondarrion. Like Lazarus, Jon Snow has been dead for quite some time when he comes back to life.

Of the remaining contenders for the Iron Throne, Jon Snow, Daenerys Targarian and Euron Greyjoy have all come back from the dead. Both Melisandre and the latest red priestess to join the series, Kinvara, know of a prophecy about a promised “prince”. Melisandre used to believe this referred to Stannis Baratheon but now sees Jon Snow as the one foretold —- Stannis’s (permanent) death removed him from the running, but Jon Snow’s resurrection seems to confirm his eligibility. As we learned most recently, Kinvara believes the prophecy speaks about Daenerys “the Unburnt”, who has returned from what seems like certain death in the flames not once, but twice.

‘What is dead may never die’

The idea of a resurrected savior whose reign will save the known world from the armies of darkness clearly relies on Christian images of Jesus as divine ruler and defeater of death. But this closer look at resurrection perhaps raises more questions – are characters who have come back to life able to die – or, for example, will Jon Snow now have special capabilities against the undead White Walkers?

Indeed, is resurrection a precondition for ruling the Seven Kingdoms – and, if so, are early hopefuls such as Gendry now out of the running for good? What is clear is that messiah figures in contemporary popular culture are constructed in the image of their biblical ancestors. And that trope certainly doesn’t look like dying any time soon.

By Meredith J C Warren, Lecturer in Biblical and Religious Studies, University of Sheffield. This article was originally published on The Conversation. Read the original article.