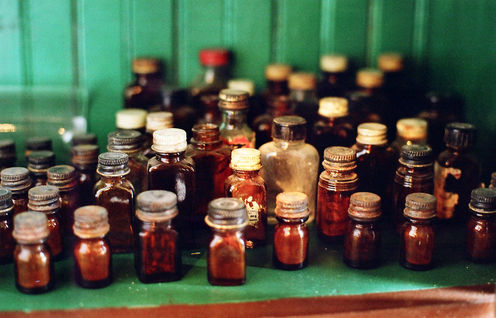 The rise of bacteria that are resistant to antibiotics is a growing worry and threatens to put health care back to the early 20th century. Such resistance to drugs was inevitable, because bacteria evolve and learn to defend themselves. But we are worried now because new classes of antibiotics aren’t being found.

Now we may have to worry a little less. Researchers have discovered a new drug, called teixobactin, which marks the launch of a new class of antibiotics. Better still, they show that even highly sensitive bacteria may not easily develop resistance to this new antibiotic.

In a single scoop of soil, bacteria and fungi number in the millions. They also come in thousands of varieties, and survive by fighting each other. We know this because for the past century, several newly discovered antibiotics have been found by isolating them from the bacteria and fungi that produce them to defend their own lives.

The trouble, however, is that only about 1% of the microbes in the soil (or sea water) can be reliably grown under lab conditions. This means that so far we have not been able to study the remaining 99%, which are bound to produce antibiotics unknown to us.

This is the problem Kim Lewis and Slava Epstein at Northeastern University in Boston and colleagues have been busy trying to solve. After more than a decade of work, they have a solution in the iChip technology.

To make it work, a sample of soil is diluted and then poured on the iChip, which consists of hundreds of small holes. Because of the dilution, it is hoped that only one microbe is caught in each hole.

The iChip is then covered with membranes on both sides and put back into the soil sample. The membranes contains pores that are only large enough for chemical nutrients to flow in but small enough to block the movement of any bacteria.

This means the single bacteria in each of the holes in the iChip can consume all the nutrients it would naturally find in the environment and multiply, but not be contaminated with other bacteria in the soil.

Remarkably, it has been shown that this method can help nearly one in two bacteria to start growing in the iChip cells. Better still, three-quarters of the iChip bacteria can then be transferred to and grown in lab solutions. Quite the improvement from the 1% that could be previously grown in labs.

Why this transition through the iChip allows previously incapable bacteria to grow in lab solutions is not clear, but it may have to do with mutations gained by the bacteria during the process. And this step is crucial because it might help to overcome a huge barrier that was stopping the development of new antibiotics – growing bacteria under lab conditions to study and isolate the antibiotics they produce.

From soil to pills

Because Lewis was able to grow some of the soil bacteria to a large scale, he could isolate the antibiotics they produced to test if any of them were new. One bacteria, called Eleftheria terrae, was found to produce the best antibiotic candidate, which became teixobactin.

An analysis of teixobactin reveals that it attacks an essential precursor required for the production of cell walls in bacteria. Although it is not the first antibiotic to attack cell walls, it is able to do so quite effectively, albeit in petri-dishes and in mice.

The chances of teixobactin becoming a drug suitable for humans is currently hard to estimate. But the odds of a drug candidates that works in mice making it through the clinical trials process is in general slim. And if Teixobactin does not make it, it could be chemically modified to make it work in humans. Crucially, though, Lewis’s technology has the potential to lead to the discovery of other new classes of antibiotics.

The greatest developments in science are often not the discoveries but the developments that enable them. So while teixobactin is certainly a remarkable achievement, the new method to grow soil bacteria in labs is an equally important contribution that Lewis and his team have made.

Angelika Gründling, Reader of Molecular Microbiology at Imperial College London, does not work for, consult to, own shares in or receive funding from any company or organization that would benefit from this article, and has no relevant affiliations.