The critical links between water, sanitation, and our global consumption of energy – the “energy-water nexus” are more obvious than ever before. But how many of us will take direct action at the most basic level of all?

It turns out that the way we use the toilet has a profound impact not only on our water resources, but is implicated in global energy security and perhaps the future of industrial agriculture as we know it. Flushing a standard WC accounts for around 30% of daily domestic water consumption in developed countries. This water must then be decontaminated before it is released back to the environment – an increasingly vital process of recycling as water stress grows globally.

Urine is usually nearly sterile and high in nitrogen, phosphorus and potassium – the triad of nutrients known as “NPK” on which intensive farming is based. Feces are rich in organic matter and carry lots of diseases. Both are recyclable, but the modern practice of mixing them together in the waste stream necessitates expensive, energy-consuming tertiary treatment processes. 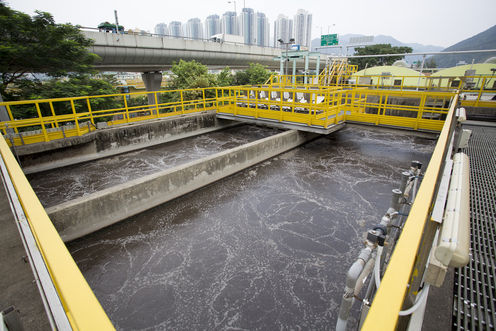 Sewage would be useful if it wasn't mixed in together.Credit: EPA

One problem is the high nutrient levels from the urine, which can lead to serious ecological impacts on receiving waters if not removed. Although some wastewater treatment plants generate energy from anaerobic digestion of the sewage itself to offset these costs, there is a strong argument for reducing or avoiding the need for the extra energy altogether.

So separating the waste at source has substantial merit. The pathogen-free urine can be reused more or less directly as a high-quality, if potentially rather smelly, fertilizer. Without the urine, treatment of the solid waste is easier, less expensive and less energy-hungry and the reduced frequency of flushing lowers stress on sewer infrastructure as well as our demand for water at source.

Reducing our need for P

Another key factor is phosphorus. As the “P” in NPK fertilizer, phosphorus supports at least 30-50% of global agricultural output but it is a finite and increasingly vulnerable mineral resource. Once mined and applied to agricultural land, what doesn’t leach into watercourses is harvested and transported around the world to our supermarkets and restaurants. A significant fraction goes to landfill as food waste, while the rest goes, via our digestive tracts, straight to sewage.

Recent estimates indicate that primary stocks of P will last at least a century. But the growing demand for food, the vulnerability of mineral commodities to market forces, and the geopolitical implications of reserves concentrated in places such as Morocco and China mean that “closing the loop” on our phosphorus use is critical to sustaining and securing food supplies into the next few decades.

Simplifying wastewater treatment by separating and capturing it before it enters the sewer will play an important role in making this possible. So why aren’t we all doing it already?

The devil is in the detail, as studies by major European institutes, and increasingly public responses, have shown. Initial opinion towards “urine-diversion” (UD) toilets – which contain two pans, one for liquids, one for solids – is often strongly positive, but this changes as users have to live with the devices. How it works. indiawaterportal, CC BY-NC-SA

In numerous settings where UD toilets have been installed in large-scale developments and public buildings, experiences are negative. Children, used to a single pan, aren’t sure “where to go”. Men in many countries don’t like sitting down to pee, and women can find it difficult to aim.

All of this compromises the entire premise of the device, increases cleaning and maintenance costs, but most importantly makes people less comfortable about going to the loo.

UD toilets are common in small-scale eco-houses, often in combination with no-flush composting systems and complete independence from mains sewerage. But the users in these cases have already modified their lifestyles to accept what many others see as undesirable “hardships”. Recent reports describe an entire eco-development in China retrofitted with standard toilets after large-scale failure of a Swedish-designed UD-composting system.

The single-pan, flushing WC ranks as one of the greatest inventions of all time, just above the internal combustion engine according to a 2010 poll. It has turned the most private activity of billions from a noisome necessity to what many regard as a sanitary, peaceful few moments of calm. Like the car, the WC has shaped our modern collective psyche. But the wider negative consequences may prove to be just as profound.

Separating number ones and number twos makes sense in a sustainable vision of the future, but it may need a change of domestic design psychology to take us there.

Jonathan Bridge, Lecturer in Environmental Engineering at University of Liverpool, does not work for, consult to, own shares in or receive funding from any company or organization that would benefit from this article, and has no relevant affiliations.