Tommaso Dorigo
Last month the Museum of Natural History of Venice hosted, in the last room of the exhibit called "room of the cetaceans" (where a large skeleton of a whale hangs from the ceiling), an exhibit of artwork produced by high-school students from the Venice area. The event, which belongs to the "Art and Science across Italy" project, was the culminating point of a series of lectures on particle physics, on science in art, and related topics which involved the students and INFN personnel from the Padova section. I toured the high schools in Venice, Mestre and Mogliano to give 7 lectures during January and Feburary 2019, and my friend Ivan Bianchi, who is a professor of contemporary art at the UNiversity of Padova, gave 6 more on the connections between art and science in modern artwork.

The exhibit included 26 artworks, each produced by teams of three students during the sprint and summer of this year. A vernissage took place on November 9th, when all students received some gadgets (consumer electronics and other small things like magnets, cups with logos, and the like) and the seven best artworks were announced and prized. These will travel to Naples in May 2020, for the final event of the project - in fact, similar activities and exhibits are happening in 10 other cities around Italy. The best works as selected in Naples will allow their authors to participate in a paid trip of one week to CERN, where they will be able to visit the scientific experiments they have been lectured about at their schools.

Below I am attaching some pictures of the creations of the students, as well as a view of the exhibit and of the prize-giving ceremony. The exhibit terminated on December 2, but others will take place in Padova, Napoli, Firenze, Pisa, Matera, Roma, Pisa, Potenza, Torino, joining those that recently took place in Genova and Milano. 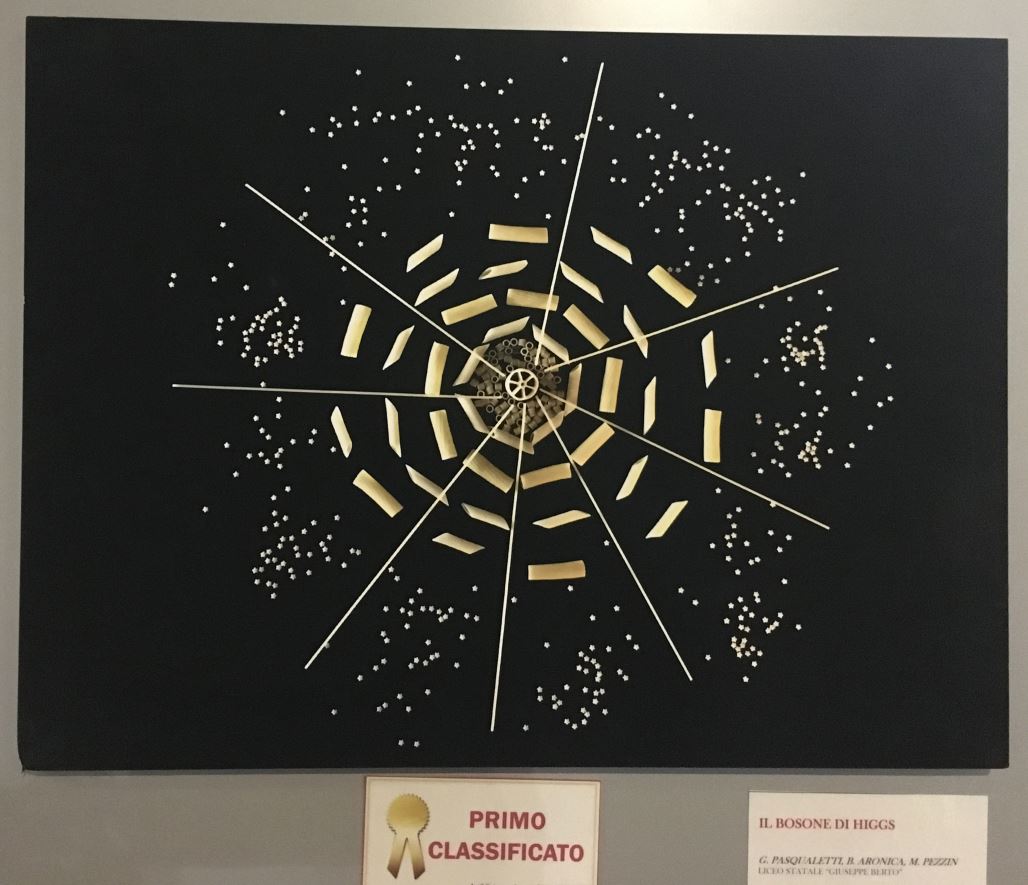 Above: the first classified work is a picture of an assembly made with different kinds of pasta. 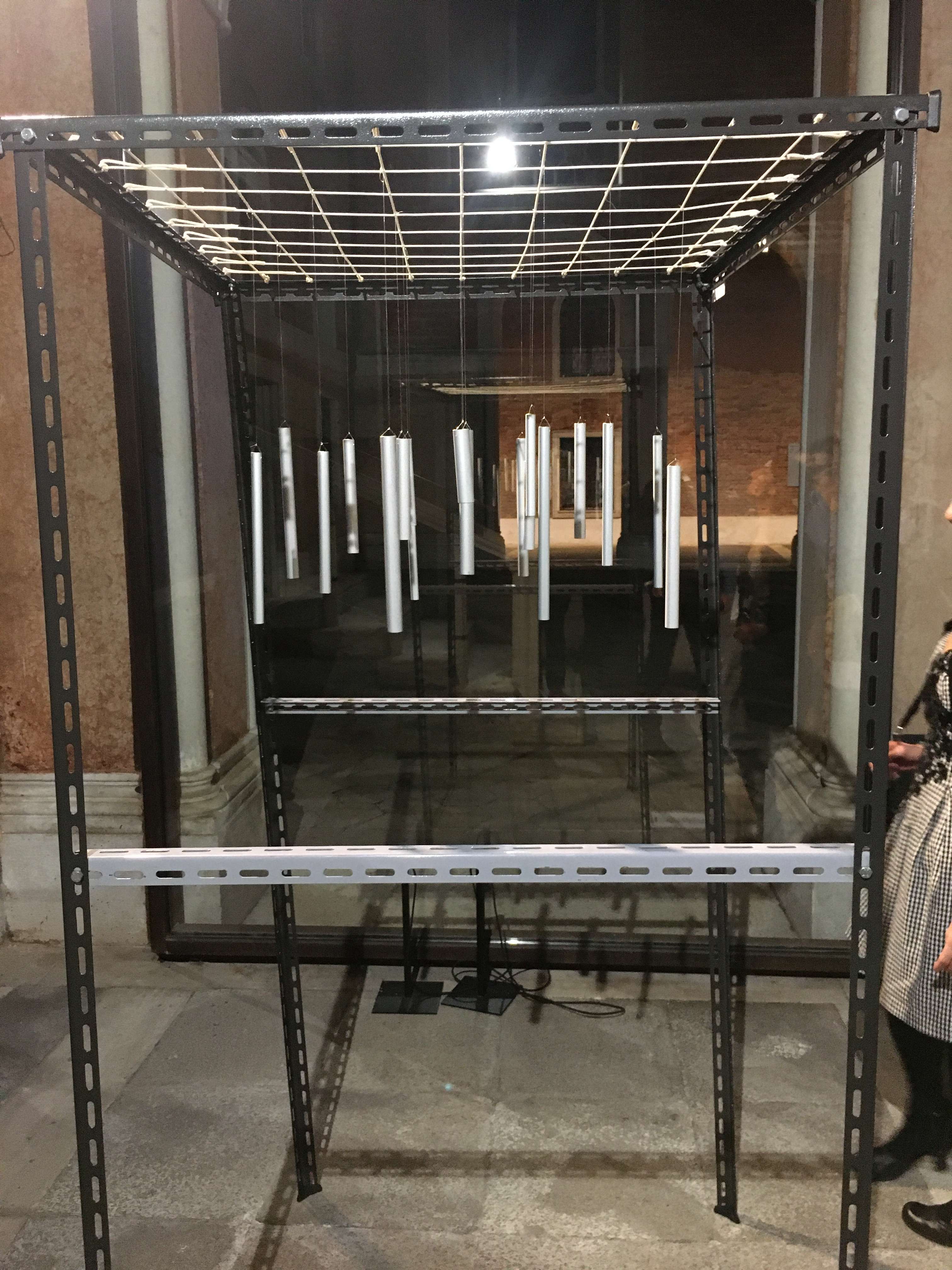 Above: the work titled "Your own trace", which received a special mention, is a walk-in structure whose hanging aluminum cylinders will sound and oscillate as a person passes through. 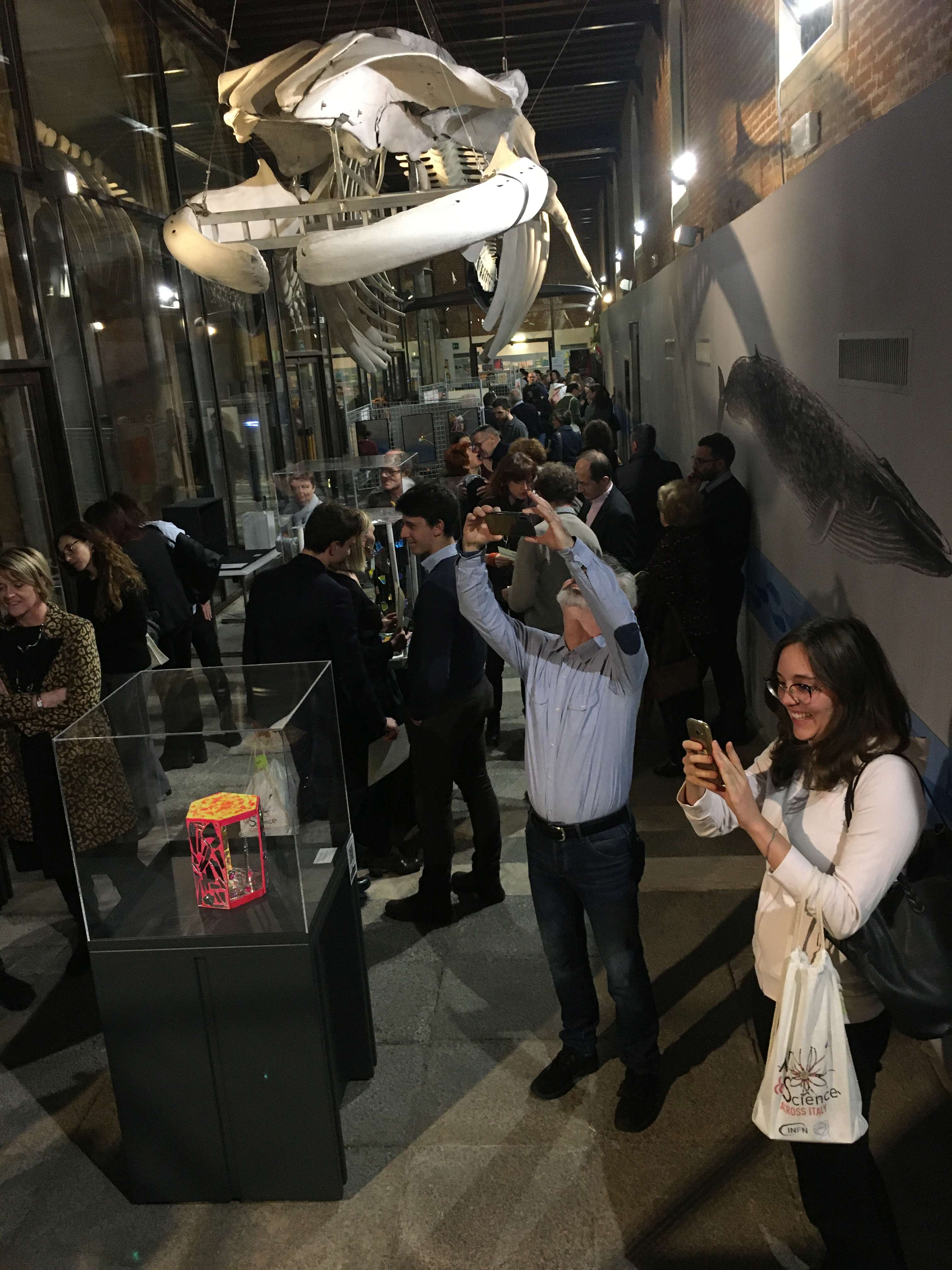 Above: the exhibit hall during the vernissage. 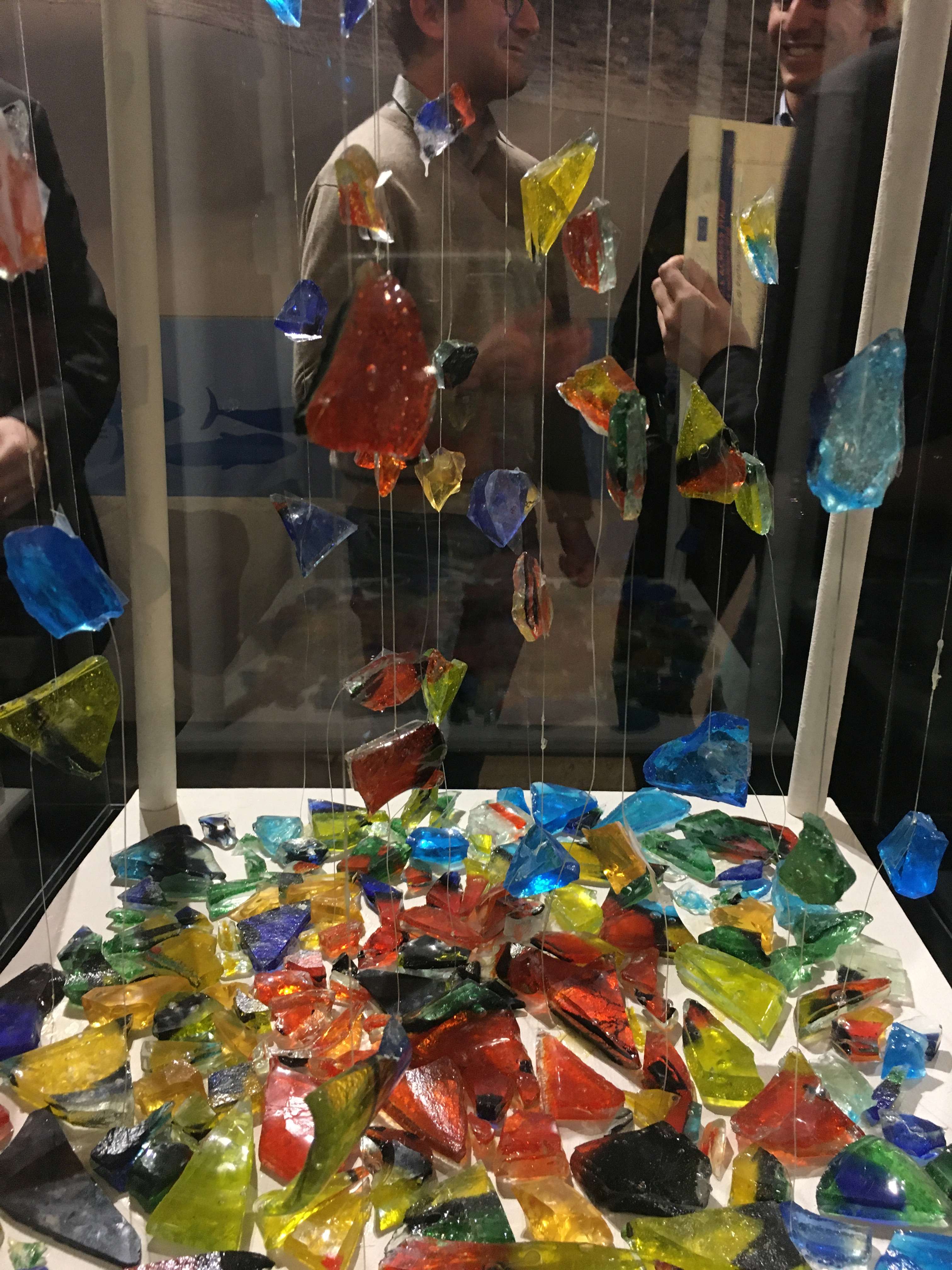 Above: The second classified work, "Matter of perspective", is made with pieces of glass from Murano.

I must say it took a significant amount of work to organize the Venice events, but luckily I was helped by Bianchi as well as by Anna dalla Vecchia and Alessandra Casotto from the Padova section of INFN; the Museum personnel (including Margherita Fusco and the director Luca Mizzan) were also extremely cooperative and helpful. And I should not forget Hevjin Yarar, the Early-Stage Researcher we hired in Padova for the INSIGHTS ITN, who also contributed to the assembly and produced several of the pictures in this article.

Everything ran smoothly in the end - the hardest part was to coordinate the students, who needed to deliver in good packaging their creations, and pick them up at the end of the exhibit.

The project was sponsored by two ITN networks, AMVA4NewPhysics and INSIGHTS, of which I am the Padova P.I. - I also am the scientific coordinator of the first one, which has terminated its operations in September. I know these outreach activities are valuable for the European Commission, and the money we received with those funded ITN from the Horizon2020 program of the EC is always well spent this way. In fact, I should remind myself that I should add the magic formula at the end of this piece, along with the EC flag. There you go:

The project described in this article was sponsored with funding received by the research and innovation program Horizon2020 of the European Union with grant agreements Marie-Sklodowska Curie n.675440 (AMVA4NewPhysics) and n.765710 (INSIGHTS).