Crystals: A Connection Between Macrophysics And Microphysics
By Tommaso Dorigo | May 16th 2021 07:00 AM | Print | E-mail

Tommaso Dorigo
Quantum Mechanics (QM), the theory that describes the behaviour of matter at microscopic distance scales apparently unfathomable by our senses, is very hard to understand and make sense of. And indeed to this day, 100 years after its first formulation, there are thick debates among theorists on the very meaning and interpretation of the wave function, which is the mathematical description of a quantum system. Yet we deeply rely on QM to figure out the organization of matter at molecular, atomic, and subatomic level. It works, despite the open questions. And today we deeply rely on QM for our technology.
Among the things that make quantum mechanics slightly more digestible, for a student approaching the matter, is a principle first enunciated by Niels Borh, who was the inventor of a simplified model of atoms which became one of the keys to unlock the secrets of fundamental physics. This is called the "correspondence principle".

In Bohr's model of the atom, electrons possess angular momentum in their orbits around the nucleus which can only be in multiples of an integer "quantum number" n. From that posited property, a number of observable properties of atoms can be predicted and verified by experiment. One for all: their emission of light of distinctive frequencies when electrons jump among orbits characterized by different values of n.

The correspondence principle consists in mandating that the quantum physics description and the macroscopic description of a system should coincide, when the value of n becomes arbitrarily large. N thus becomes the trait d'union between microphysics and macrophysics. The fact that we need *very* large values of n to observe the action of the correspondence principle is due to the smallness of Planck's constant h, which ultimately determines the "exchange rate" between the currency of the two physical realms.

The correspondence principle allows us to deal with the two different regimes without solution of continuity. And it also allows us to find systems whose macroscopic behaviour is a direct consequence of their microscopic structure, which is a great way to make sense of QM and to understand more about our physical world. In this post, I do not wish to discuss in detail these cases and the physics involved in the correspondence, though. I want instead to mention that the best example I know of macro-physical effects of QM is the structure of crystals.

Consider a diamond crystal. Diamonds are made of carbon atoms, disposed in a regular cubic lattice. The structure of the regular disposition of carbon atoms at microscopic level reflects directly in the shape that diamond crystals exhibit macroscopically. This small fact is, to me, exhilarating for its consequences: if you are lucky enough to possess a diamond crystal, you can run your finger over a surface which is defined by the electrical properties of carbon atom bonds, and the edges have exactly the same angle that appear in elementary configurations of four atoms at a time. 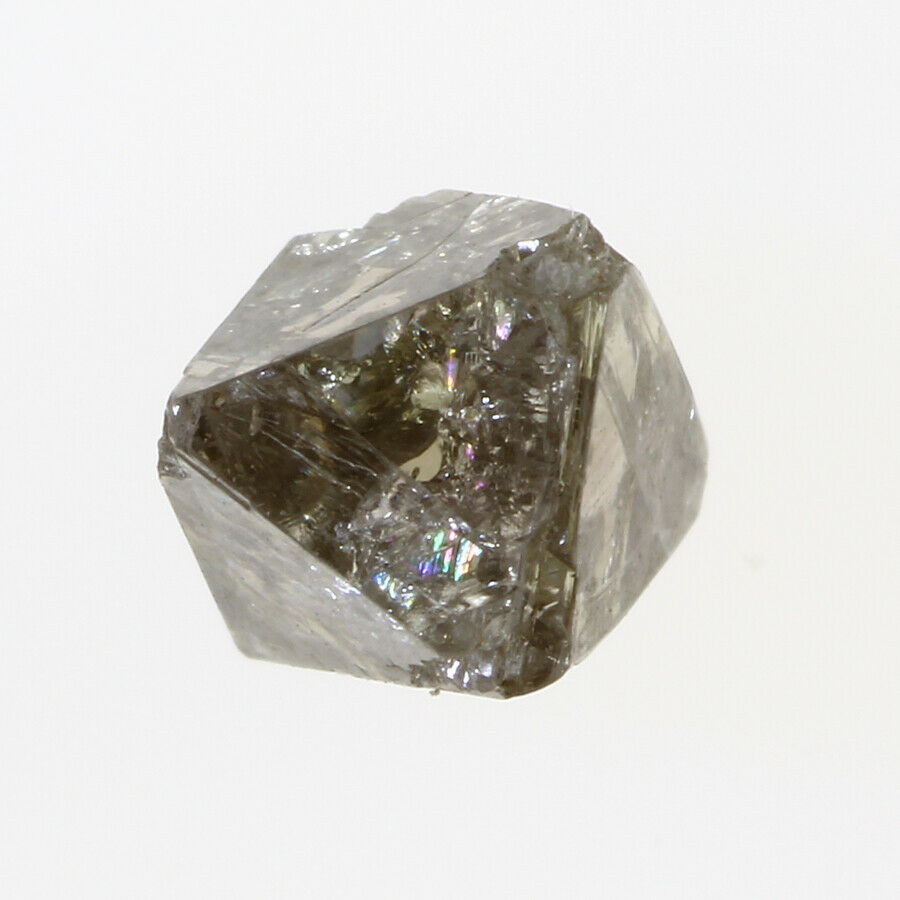 Above is a small (0.5 carats) diamond crystal I bought from a retailer a few months ago. While not perfect and certainly not gem-grade, this small stone captured my imagination because unlike many of the raw diamonds you can find for sale, it is quite regular in its structure - betraying its QM properties, indeed.

But you do not need to break the bank to experience the feeling I described above: our world is rich with a large number of different minerals that produce crystals of a rich variety of different shapes, colours, optical properties, physical properties. And all of these can be understood as due to their microscopic arrangement of atoms of a few different elements.

I was fascinated by minerals since my childhood, and started a collection when I was seven years old, in part thanks to a flow of small acquisitions that came from a geologist friend of my mother, Giulia Giudice, over an extended period of time. Later, I continued to purchase stones and crystals any time I had a chance to do so, and I also dug a few specimens from mines in a few occasions. By now the collection has grown to include over 450 samples, and I continue to enjoy that mesmerizing feeling of seeing and touching the microscopic structure of matter, whenever I pick them up or just admire them.

As a physicist I have learnt that crystals possess a large number of properties we can detect, test, and measure. Here are just a few:

I am sure the list above surprises you if you have never paid attention to the world of minerals - and I can assure you that the above is only a partial list.

So what else can I say to invite you to pay more attention to the world of stones and gems? Maybe I can show you a few of my latest acquisitions, with minimal commentary. By now my interests when I purchase a new mineral is to get something that captivates me for its aesthetic value, more than anything else. Clarity of the crystalline structure is definitely a criterion, as is the association of different minerals in a pleasing combination. Here are a few examples. 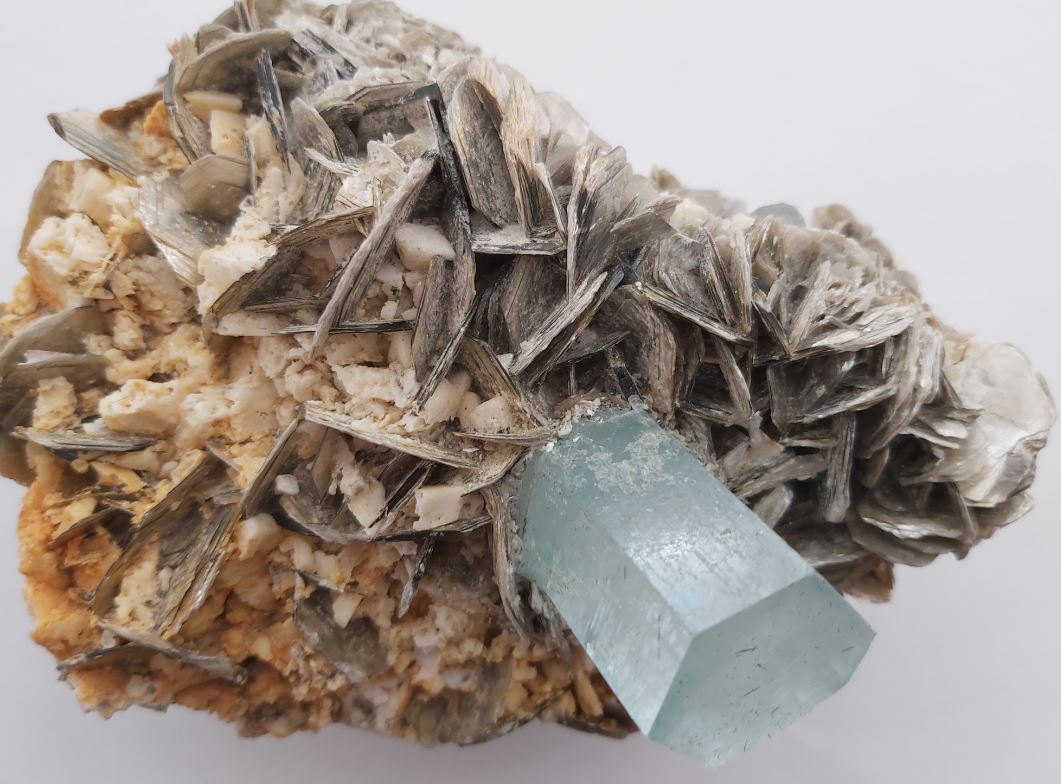 Above, a classic: an aquamarine crystal on muscovite from Pakistan. I bought this in Bangkok two years ago. The sample measures 5 by 4 inches. 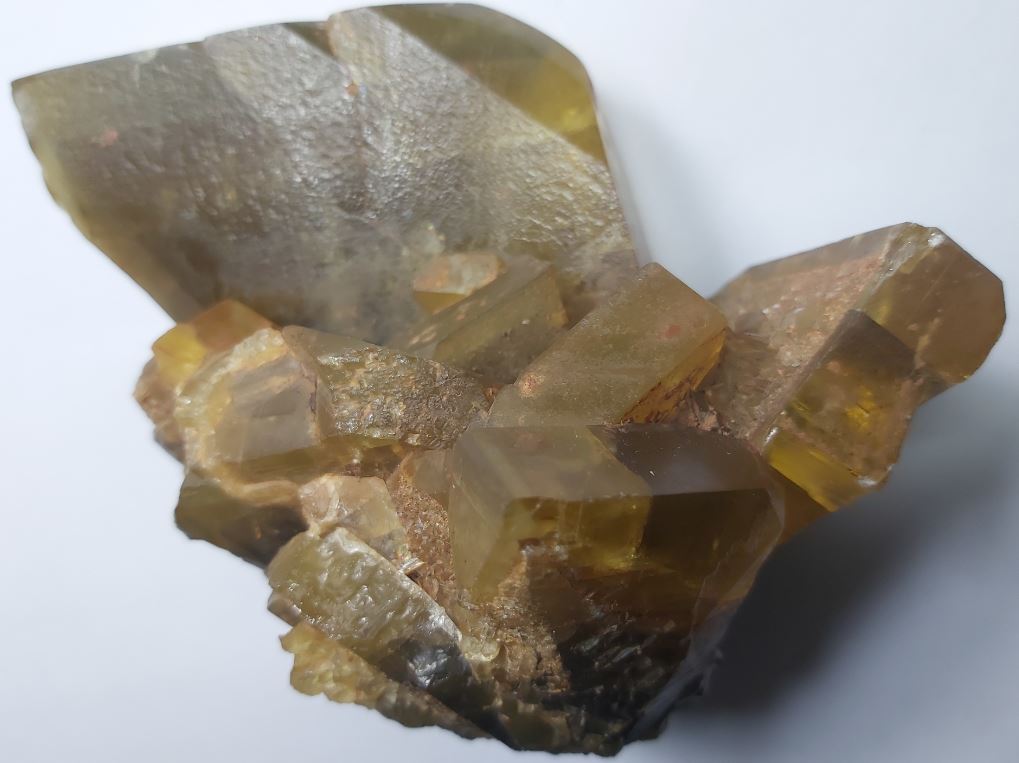 Above, a rather large (6 by 4 inches) cluster of yellow baryte crystals. I like this sample because of the nice, transparent yellow colour of some of the crystals. I purchased it at a mineral show. It comes from Sardinia, Italy. 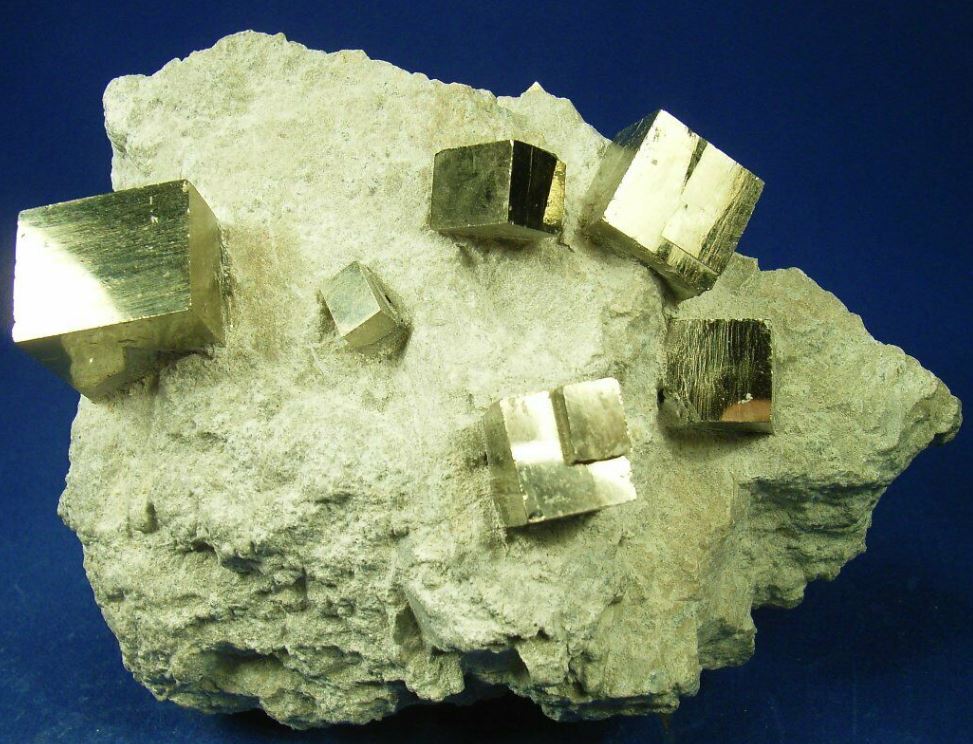 Above, another well-known mineral: pyrite. Pyrite is an iron sulfide and it is quite common; however, this kind of perfectly-shaped, pleasingly arranged crystals comes from a specific place (Navajun, Spain). The specimen above is 5 by 4 inches. 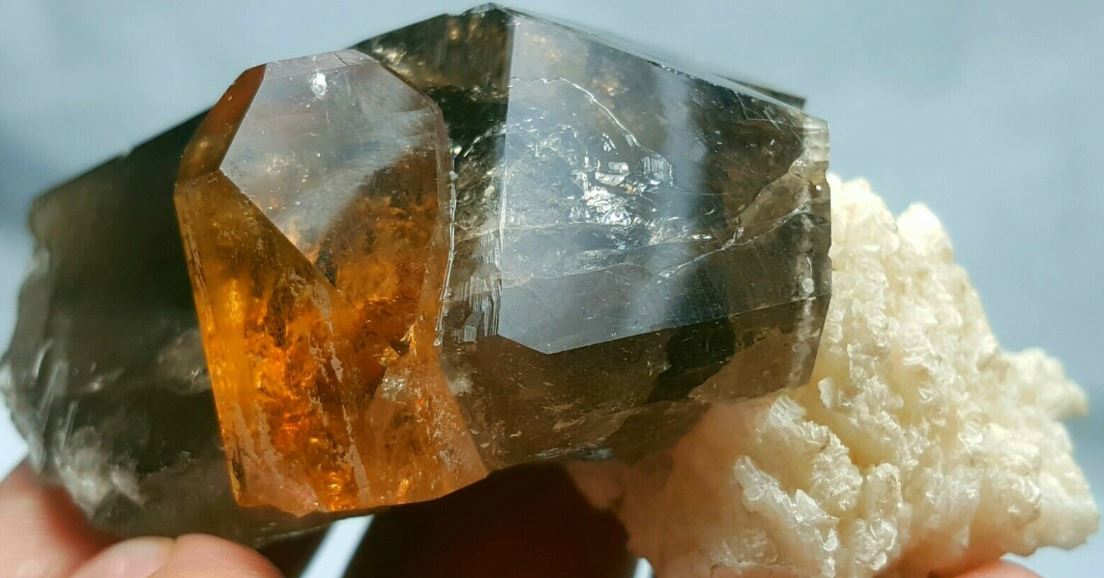 Above, a very well-crystallized honey topaz on smoky quartz and albite (3 by 2 inches). This sample comes from Pakistan. 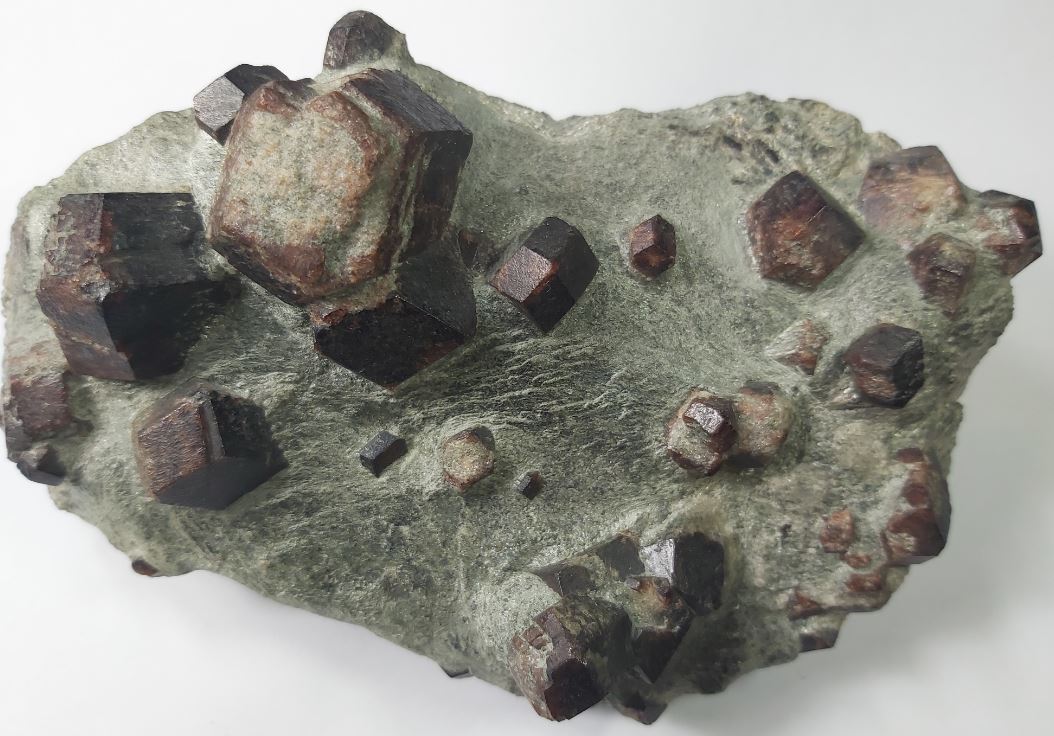 Finally, I conclude above with another favourite of mine: almandine garnet on mica schist. This sample comes from Switzerland and it is 6 by 4 inches. It has nicely-shaped crystals on both sides (only one side visible here).