Tommaso Dorigo
Chess is a wonderful game, one that contains in itself a universe of situations, choices to make, strategic concepts, tactical ideas. Through its study we realize how difficult it is to take the correct decision in a maze of opportunities, even when everything is under the sun and nothing is hidden from our view. By losing game after game with stronger opponents we get to learn the hard way -but still, within an imaginary world- that our actions have consequences. Even more: we understand that if we are sometimes powerless to choose correctly even when we have all the information available to us, we cannot possibly believe we can do that in the real world, when we have to deal with incomplete, faulty, or missing data.

One of the things that one learns by playing competitive chess is the importance of being on the attacking side - if you attack your opponents' weak spots, they will have to defend them, and leave you still more space and time to organize your forces against them. A chess game played by strong players is a continuous struggle to acquire the initiative - in soccer terms, this means having the ball and carrying it forward toward the enemy field. This concept loses gradually its importance when players are weak, as their moves are less consequent and capable of exploiting the initiative; a similar effect occurs when games are played with a short time control, when even strong players have too little time to conjure up the correct strategy and moves, and the objective level of their play is lower.

I occasionally play blitz chess online. In blitz chess, each player has only a few minutes for all his or her moves - if time runs out, game is lost. 5-minute is the most common blitz time control. Since a typical chess game lasts about 50-60 moves, this means that you need to be able to play at a rate of a move every 5-6 seconds. Sometimes you will need much more than that, but then you have to make up for the lost time in a difficult calculation by blitzing out a series of fast moves. And then mistakes become more frequent.

It is exceedingly rare to play a "correct" blitz chess game, i.e. one where you did not make any big mistake. Even more rare is a situation when you also played brilliantly. Since that is what happened to me today, I will share the game with you below, with little commentary until we reach its spectacular finish.

The game is tommasodorigo (2141) - Fancy2020 (2187). The score within parenthesis is the Elo rating that chess.com attributes to each of us, given our performance in previous games. There can be significant bias between the Elo rating of chess.com and the official Elo that you get by playing real tournament chess, but players with rating like ours on chess.com are typically candidate masters or masters. For official Elo, we go from the chess world champion (Magnus Carlsen) who has an elo around 2800, to grandmasters who have elo in the 2500-2700 range, to international masters who are about 200 points below. If you start playing from scratch, you are given an Elo rating of 1000. 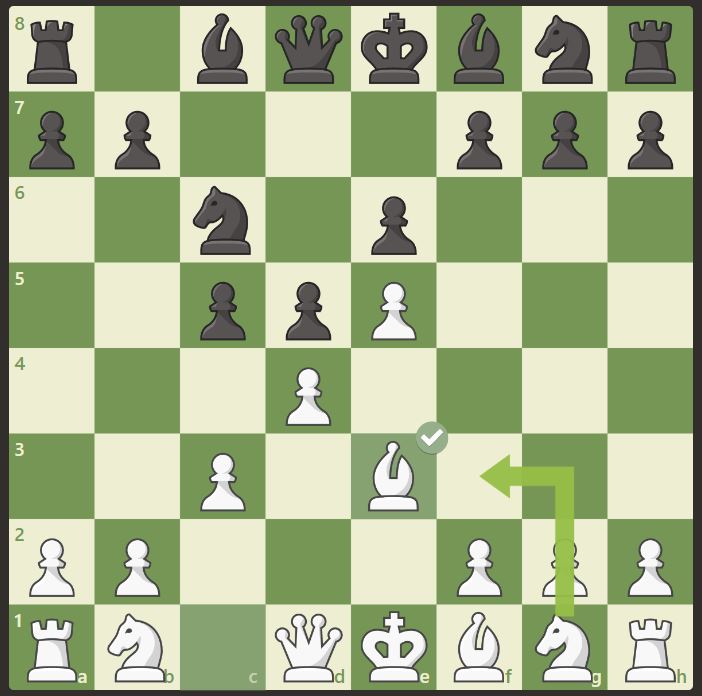 This is a minor variation in the French defense, which black chose (by playing 1....e6). White tries to solve radically the problem of his darksquared bishop, which in this closed-center position has little play otherwise. 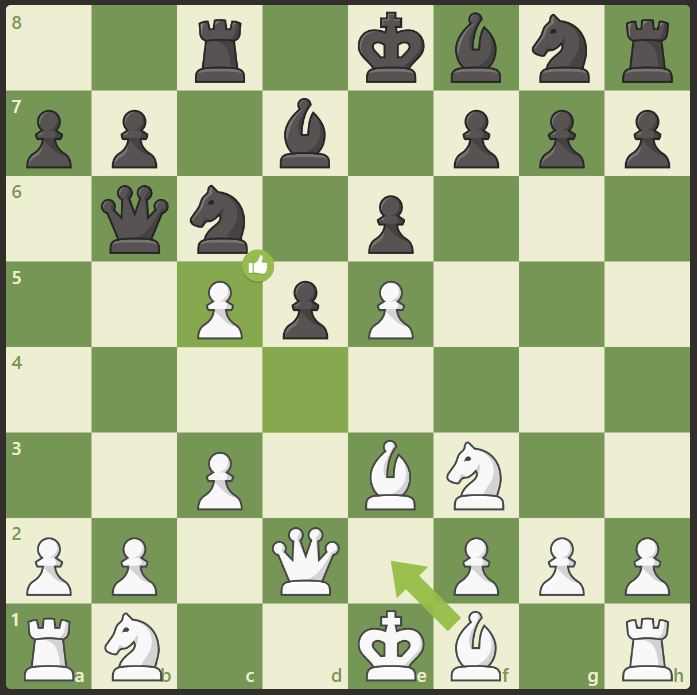 Here it is: with this move white takes his chance to trade darksquared bishops. He will thus be left with a "good" lightsquared bishop against black's counterpart, which will struggle to find play hindered by the central black pawns. 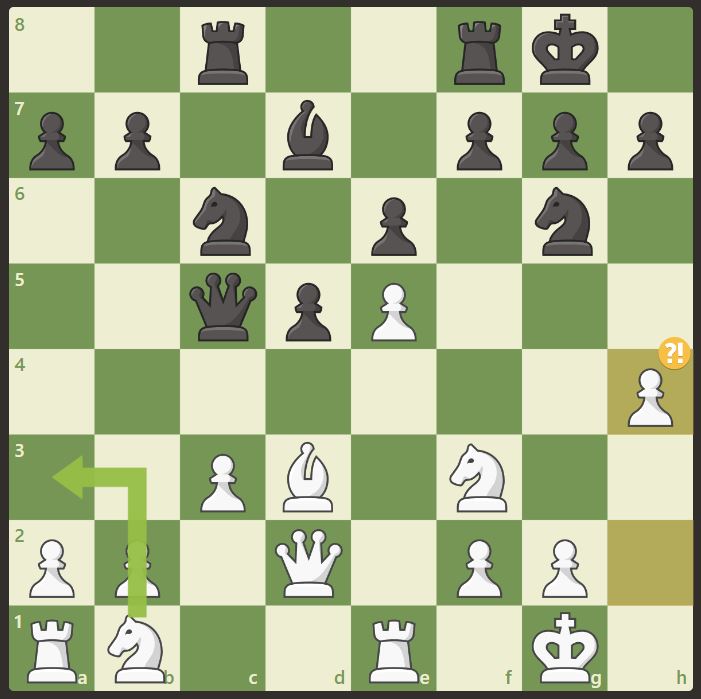 White and black have both played "reasonable" moves until now, but black has been a bit passive - he should probably have pushed 10...f6 instead of choosing the knight move. What this produces is a position where white has the initiative, as he can target the black king's shelter without having to worry much about any possibility of counterplay in the center or in the other flank by black. Note that the engine in chess.com prefers the developing move 13.Na3, but h4 is the prelude to a winning kingside strategy, so I don't feel like we should criticize it. 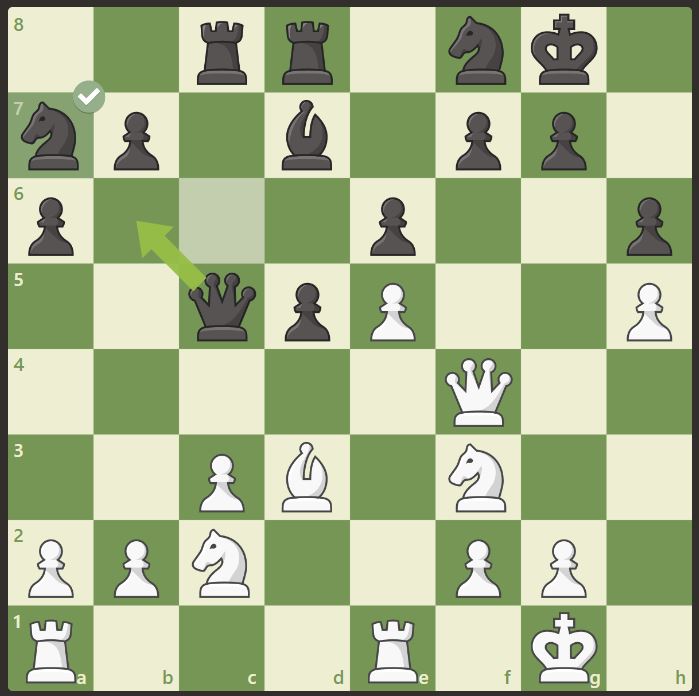 Black tries to manouver on the queenside, to create some threats, but his play there is too slow. He will soon have to rush back to the defensive, but it will be too late, as white's strategic advantage on the kingside is too large. The next move of white is strong, as it preludes to the manouver which eventually will mate the black king.

Of course, white declines the exchange of bishops, as his Bc2 is pointed at the black king, while its counterpart has no play at all. 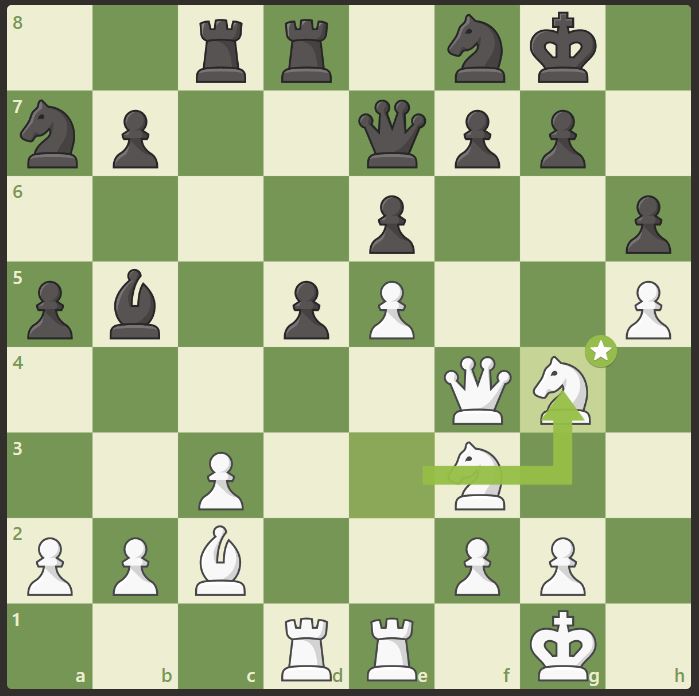 Another strong move - white is targeting the h6 pawn already.

Here the computer indicates that this is a strong move by white, but it was even stronger to sacrifice the white knight on h6 already; the white move would allow black to try and free himself by playing 24....Qg5, but he would still lose with accurate play. 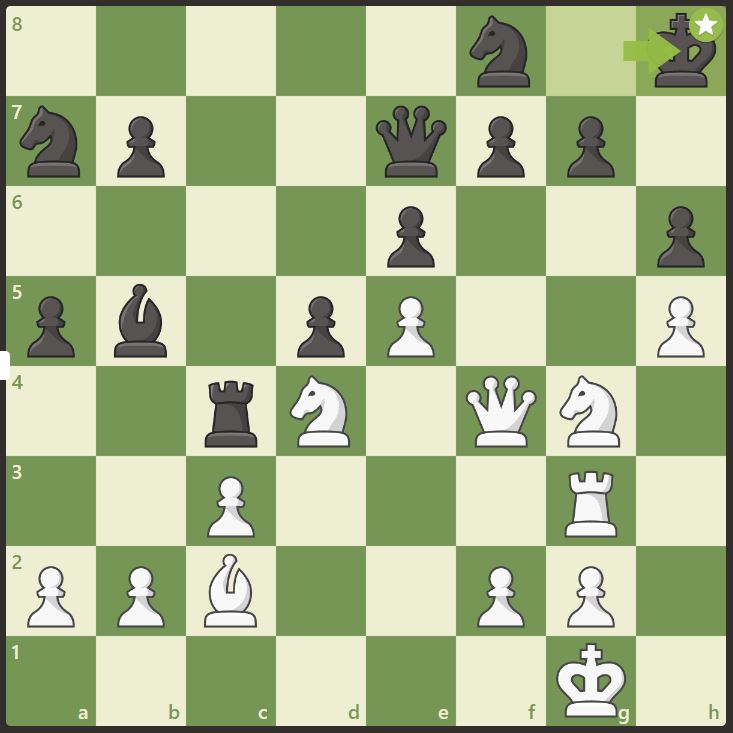 And now the brilliant finish:

Of course, on gxh6 there follows Qxh6 and mate next move. But what will white do next?

This move is not too hard to find, but let's remember that this is a blitz game, and both players were already short of time at this point...

all moves lose by now, and technically the "best" (farthest distance to mate) was 27...Ng6. The game ended with 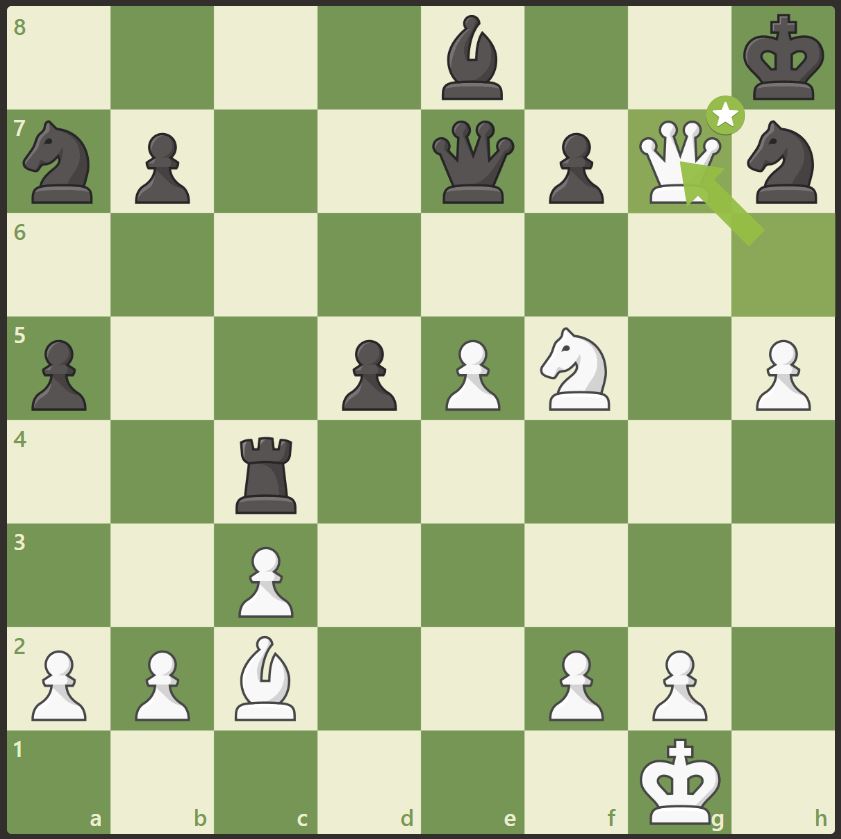 These kinds of combinations give a warm feeling when you find and deliver them on the board. At my age, I play chess online a little bit as a test that I still have all my wits around me -and in this case that seems to be the case. In fact, I can easily relate my performance in blitz games with the amount of stress I am under or how rested I am; it is a very precise gauge of my mental abilities. Chess is a sport for all ages, indeed, and a constant challenge of our capability to rationalize and take decisions based on evidence. I recommend it to everybody!