Tommaso Dorigo
As the well-informed readers will realize, I am hat-tipping Hank Campbell and the catchy title of his best-selling book "Science Left Behind" with the title of this post, for lack of more imagination. What I want to discuss is, however, something only partly in line with the interesting topics of Hank's book. It is something that I see happening around these days, and which I ache for: the dumbing down of our decision making in science.

It so happens that the plan of building a "Future Circular Collider" (FCC), a new large particle collider, is coming up for discussion as one of the main projects in the forthcoming meetings of the European Strategy for Particle Physics process, a completely open, widespread initiative aimed at discussing among experts the future enterprises in this area of fundamental science, and at agreeing on which are the most proficuous and motivated ways to move forward in the investigation of Nature.

The FCC is an ambitious project, and it is more or less at the edge of our reach with the currently available technology. Similarly to what has happened in the past, pushing the frontier of high-energy physics requires the development of new technology (in this case, among other things the mass production of superconducting magnets capable of field strength well above 10 Tesla). It is a win-win situation for society, as we not only going to improve our understanding of the world, but we at the same time are pushing the limits of our engineering, computing, and electronics skills. In other words, this is nothing else than the good-old, hard way of progressing and deepening our knowledge: by choosing to face new, harder challenges we improve ourselves.

But there are naysayers around, and they are polluting the waters. It is not an unprecedented situation, of course - the LHC had similar opposers, as did other previous successful big projects. What is unprecedented is that the power of social media is promoting people with no credentials to become interlocutors on the matter. As I noted elsewhere, expertise and knowledge should be what we base our decision making processes on, in such a self-disciplined field as basic science is; but unfortunately, random folks with no qualifications are lowering the standards.

It is a bit sad to see that some of the more vocal critics of the FCC project are, would you guess?, ex insiders. For some reason they dropped out (I am not going to discuss why that happens - academic selection processes may be perfectible, indeed, but we have no substitute at the moment), and now they have some anger to direct against the establishment; or they understood that given the importance of the debate this is their chance for a place in the spotlights. Some of them have something to sell and they reckon that becoming visible advocates of one side is a great way to advertise their products.

But to be fair, these "scientists left behind" are only one component in a larger pool of opposers. While the scientists left behind are generally informed on the matter, there is a host of ignorants who follow suit. The price tag of the FCC (something in the ballpark of 10-20 billion euros - a lot of money which could arguably be spent to feed the poor, indeed) is a powerful drive to them. They will not be deterred by the explanation that similar amounts of money are wasted, e.g., by the US in a week of military operations in the middle East; or that space exploration, while also not immediately producing dividends, costs orders of magnitude more bucks. They will also not accept the argument that any parents administering a household will have to feed their siblings and also set aside money for education and creating a future to them, and that funding agencies work on the second category, with what was already set aside for them by a parenting government: so that when discussing whether $20Bn is reasonable for the FCC the alternatives in the same compartment - fundamental science - should be examined, and arguments such as "we could do X" make no sense if X is outside that domain.

We recently saw an epitome of this situation with the debate on the alleged nocuous nature of vaccines, which took place in social media like Facebook or Twitter. There, we could witness eminent virologists being attacked by regular Joes who could not even master their own grammar; the latter would quote from Wikipedia at random to argue on scientific concepts they had heard about  for the first time in their life the night before. Alas, usually the Joes would win the arguments, due to the virologists throwing the towel, leaving the discussion platform in disgust. If this is the way we want to form "scientific consensus" in the XXI century to progress as a human race, I think we are doomed. 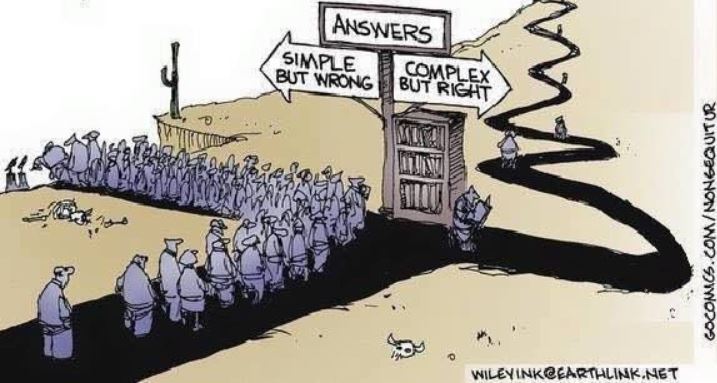 I discussed some of the reasons why I think the FCC is very strongly needed in a former article, and I do not wish to repeat them. What I wish to point out here, however, is that it is up to you, dear reader, to decide whether to strengthen your immune system against those viruses. The choice is yours: whether to collect your knowledge base by the equivalent of the National Enquirer, choosing the self-fulfilling road of entertaining, emotional, dumbed down, populist arguments; or whether instead to do the extra work of trying to understand the hard science and the arcane reasons behind the stand that credited scientists are taking on the matter. Of course, it is much easier to choose the former path, even if you well realize it is the wrong decision. As old Latins used to say "video bona proboque, deteriora sequor" (I see the good things and I approve them, but I follow the bad ones)...