1) Motivation (insufficient justification): Throughout the world, there is a ‘new enlightenment.’ Maintaining certain illusions has become so demanding and frustrating that increasingly people simply go for the plain truth because whatever else they say would make little difference in the reception. People witness such and thus find new courage to “call a spade a spade” without apologizing, since an apology in today's mainstream irrational discourse is a mere revealing of weakness that invites further attacks. Since science for me is not a career but “higher calling,” I hold the availability of relatively uncorrupted information in high regard. This does not imply that humans do not need illusions or that elite may not allocate information with the best interest also of “their subjects” in mind. I believe that my message is sufficiently encrypted and apologize if I am mistaken in this. I go ahead partially because of my feelings of responsibility toward some “common good” and other vanities of mine such as trying to sate a desire for “meaning” by applying my mind and resources to address suffering as if I could change anything. Those in fear of a certain awakening become desperate and increasingly violent. Those emboldened, like usually, are also only human and moreover still shaped by the old. Considering collective social phenomena rather than individuals, we all together may trigger once again a round of unprecedented suffering. Sub-species (“races”) are now taking center stage due to that the denied race related problems approach tipping points, and race would anyway soon unavoidably take center stage for the reason alone that artificial intelligence (AI) contributes a sort of superior species explosion. All those in denial, I ask: Do you want to walk blindly into the developing race war? There are increasingly many who have few illusions about it, and some of those are ready and confident in their superiority. To those I ask: Are you sure you really want the total race war? This time around, such will turn into species war, and the elites are the elites are the elites – this is the utterly ruthless true conspiracy in the world: Co-evolution! Perhaps you should start proving to our future overlords rather than to your impressionable, mere biological contemporaries that some human apes are relatively rational, intelligent, benevolent beings, and that you truly are among them.

2) Overview: We will cover first fundamental aspects, including terminology such as “race,” “race-realism,” “racism,” and “discriminatory speciesism.” I will discuss the boundaries of the domain of applicability of the distinction of species. That will resolve the question of “whether races exist” from a one step more fundamental level (species rather than sub-species). I will then turn from the fundamental aspects toward empirical science and describe a few of the most important and interesting species such as apes and cats. Then, focusing on apes, I describe a few of the most intelligent and powerful human races such as Ashkenazim Jews and North East Asians. Turning from mere empirical science toward yet more directly applying science, I may discuss race mixing (see also here [5]).

Finally I will discuss whether certain species such as violent predators and particular races such as Jews should be exterminated and if so, how? This question, “Die Judenfrage,” is so controversial that many hold it to be evil if merely acknowledging its existence. But denying the questions that humans are actually concerned about is what easily leads to bloodshed, not our mature addressing of the concerns that humans do have. This issue is on people’s minds all over the world, in some regions obviously and with religious hate, in others it shows itself after only a little scratching. History is a source of information we must regard with utmost suspicion, but it is quite certain in all interpretations that such questions are correlated with rivers of blood as deep and as wide as the related denial. Established science is in an unacceptably terrible state; we scientists are effectively prohibited from addressing the most problematic issues that threaten mankind. It seems to me that addressing such questions somehow “reasonably” is hardly able to contribute much to the scale of yet again unprecedented suffering that the future holds in store anyway, one way or another. It seems also reasonable that if there are possible futures when this problem has been resolved in some way “reasonably,” that the question was in some way reasonably addressed rather than denied all along the way.

3) Terminology, 3.1) Race: “Race” is short for ‘sub-species.’ What species and sub-species are will be clarified from a fundamental perspective in the lecture entitled “Non-existence of Species.” For now, I only briefly state: Different sub-species are distinguished by markers such as skin pigmentation, average intelligence g-factor, genetic differences such as number of monoamine oxidase A promoters, and so on. According to any single parameter, the averages of different sub-species often differ less than the standard variation of any single race internally; this is similar with distinguishing males and females. Using more than two parameters, sub-species can be as well differentiated as males from females (see figure 1 adapted from reference 1).[1] 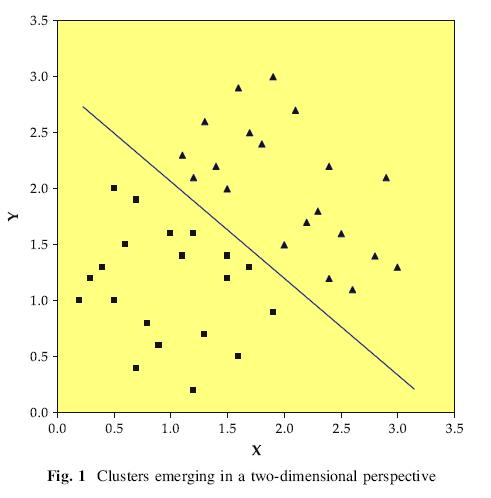 So what is proper racism properly (as distinguished from the liberals' 'naive racism' for example)? Again: The “-ism” ending indicates that a context should be specified, for “racism” as much as for “realism.” “X-ism” indicates that the concept X is thought to be central to a certain issue. Reductionism indicates that the person holds scientific reduction to be central in the scientific description of certain systems, and socialism insists on that society as such (rather than individuals) must be the focus of political decisions. Functionalists with their functionalism, physicalists with their physicalism, they all hold their -isms to be central to certain important problems. Somebody who holds physicalism to be central in the description of phenomenal awareness is called a physicalist toward or about consciousness. A person who holds race to be of central importance in a certain context Y is a ‘racist toward Y’. For example, race-realists may be racists toward the question of how to further analyze and address violent crime,[2] because they are aware of the correlations of aggressiveness and lack of empathy with racial markers.[3]

3.3) Ethically Problematic Discriminatory Speciesism/Racism: Like with all “–isms,” there are varieties that are unreasonably extreme and there is no sharp division. My focus on apes is effectively something that I could reasonably justify labeling “ape-biased discriminatory speciesism,” because it takes attention away from the huge scale of suffering by other animals, too much of it directly due to us apes. Pigs are intelligent social animals, yet we apes treat them terribly and some varieties of apes even have a propensity for hating pigs. Focusing on human varieties of apes with high average general intelligence g-factors further focuses awareness on elites. I am thus contributing to what can also be labeled “negative racial discrimination” for example, because I take attention away from the suffering of any other single race such as Bushmen. The focusing on elites increases the elites' privileges, too. Moreover, I am an ape, and I am of a race with above 100 average IQ. Justification is here as usual self-serving. The elite believe that their way is “in the end” more beneficial for all, and there is little regard for that “the end” is something else and sooner for the less privileged. Also in this sense am I elite. Addressing the questions in this way, including the focus on human apes rather than pigs, and holding Ashkenazim Jews as more relevant than Bushmen for these issues that involve such aspects as global power, is rational and far more effective for the potential abating of the suffering of all animals, including pigs and Bushmen. Yes, I rationalize my entitlement and justify maintaining it, because that is consistent with furthering the aim of abating the suffering also of pigs and Bushmen.

I checked my privilege - it is OK. I am rationally, ethically entitled!

Moreover, this very lecture indicates that I hold race central to issues that I also feel are especially important. In this sense, I could be a “racist toward sufficiently many issues” so as to warrant being labeled “racist” without specifying a particular context. Perhaps these articles makes me the foremost racist in the world today. There is nothing shameful about being a proper racist. Again: acknowledging race and addressing related problems scientifically and effectively includes the focus on the most relevant races; it is the best we can do toward abating the suffering of all species and races. Ethically problematic is that I consume mass produced meat and milk and feed several duck livers to my cats every day instead of eating cat, an “unnaturally” cruel animal,[4] rescuing a duck or pig for a pet, and so on.

I am an indirect murderer and torturer and can be justifiably labeled “racist,” and two of these are bad.

The use of the utterance “racist” in ill-defined ways is a quite reliable indicator for emotional anti-new-enlightenment rhetoric. It is not informative use of terminology but rather employed to muddy the waters and mix in associations of other ill-defined and emotionally charged terms such as “supremacist.” Refusing the label “racist” in response to such attacks is hardly ever improving your situation, but it does stabilize the status quo and therefore worsens the continuous decline of the situation for “colored people.” Sure, as elite, I need not worry about them. But what is the proper ethical response to “You are a racist”? The proper answer for any good scientist or generally well educated intellectual or politician and so on is: Yes, of course, because race has been so severely neglected for so long, and the correlated problems have thus intensified so much, we must now focus on race even if that would have perhaps been not necessary in a more rational history.

UPDATE: Insufficient interest into this series has me insufficiently motivated to proceed. Much of what I would have talked about you can find here [5].

By the way, a version of this article is on the dailystormer with pictures that I would not have selected and I cannot revise anything on that webpage. As an active anti-fascist for decades, I am proud to be mentally able and having the guts to reach out to those who do not agree with me and meet them understandingly in their own domain of discourse. To those who think that I should apologize for such (especially a certain guy here who pretends to be a female scientist - he is neither woman nor scientist but a naive-racist exploiting diverse affirmative-action measures): I am proud to be published also by the dailystormer sometimes! It is another proof of my advanced next-level, above the naive lines in the sand approach! I do not need to be afraid of talking to Nazis; my arguments are not the usual anti-scientific nonsense of antifa idiots.*

(* In antifa circles, which I know very well, discussing with right wing people is discouraged because the people that the Nazis send are too clever and win the arguments! This is literally what I have been personally told by other antifa when I was starting to discuss with local Nazis almost three decades ago: "Don't discuss with that guy - you will lose!")

[4] Cats’ Cruelty Supernatural – but they are Delicious!