Today is my 43rd birthday. When I was 34 years old, I walked along a narrow river through the city of Nanning in the south of China. I was lonely and depressed, no matter the PhD degree I had recently obtained, my freedom, the beauty all around, the women I could easily befriend wherever.

I came to the conclusion that my life is not worth its suffering, and that it must either change, that I must change, or it is idiotic to go on living. I asked myself:

“How long will you go on just because you are afraid of dying? Will you go on and on just in order to then kick the bucket after perhaps 60 years anyway? Such a scenario is a pretty bad deal, especially considering that you could have finished it much earlier.”

I considered something that leads straight to a more serious, indeed a deadly serious conclusion:

“You are 34 now, very intelligent, extremely educated, strong, they say beautiful; you could have whatever you want, yet none of it has the ultimate purpose, that deeper ‘meaning’ you somehow cannot stop to demand. Surely, given this situation after 34 years, if in yet another big chunk of time there is still no improvement, you must admit that improvement is highly unlikely to ever happen. Hope will be a mere prolonging of suffering, a cowardly failure to act rationally.” 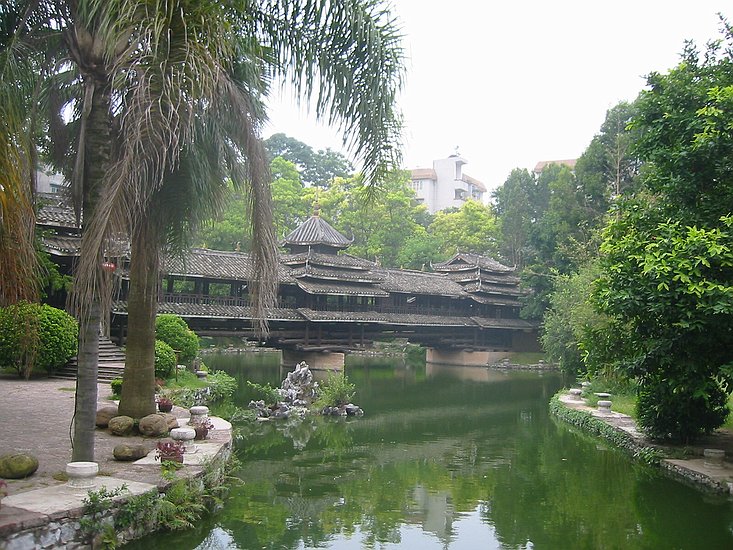 Dong Qiao in Nanning, 2006, close to the place where and at the time when I decided to commit suicide if in eight years life should still be the same drag it had been for the previous decades.

And so, in deadly serious conclusion, I gave myself an ultimatum, a promise, a birthday present:

“34 now, so let’s turn the numbers around and say that if with 43 you are still not enjoying this trip, ending it must be considered very seriously; yes, you must end it then.”

I knew I could theoretically “end” the trip by “merely” changing it. But ask: Why do almost all, also those who blame their situation on outside circumstances such as financial troubles, commit suicide without first emptying their bank account or rob a bank and then go on a drug fueled party spree, and then afterwards kill themselves? What bad could happen except getting killed? What “bad” can happen but that you may discover a new way of life which you actually enjoy and which is perhaps even sustainable; you would not be the first criminal thinking to himself “Gee, I can’t believe I got away with that, and look at me now still twenty years later.” What worse can happen but that even such most radical change leads to darkness again after a short while, at which point you can still kill yourself?

The reason why we do not do such, why we do not quit our job and tell our family “good bye, I am off to India” is not that we are considerate of the suffering we maybe cause to others, nor is it about that drugs supposedly do not make happy. Of course drugs make happy, especially if you do not need to worry about long term consequences, which you do not need to when committing suicide soon anyway. Such answers, especially if they pretend to be concerned with the suffering of others, are politically correct nonsense. In fact, those close to you are more likely to start a better life for themselves if shown the strength of your going to India to try living with the holy men. Usually, even your suicide will be a crisis that opens their eyes, that improves their lives in the long term.

The reason why people hardly ever change in such ways is mainly that we are afraid of such bold steps to freedom. We are more afraid of them than of continued suffering and even dying. We know that we will not dare to actually quit our job tomorrow morning and just walk away south. Not now, maybe next year, but then again not, because it will be next year’s “now” at that point. And we ‘know’ this; in some way we are aware of that we are too chicken to do such, and therefore, such strong change is just not a practical solution. It is only a step that “could theoretically be taken”, but practically, suicide, a much more radical step, is taken instead. A quick suicide allows us to save face and get out of all the guilt feelings and fears still to come.

The fear of harsh judgment, yes even the fear of ending up penniless is stronger than the fear of death! Seen in this way, suicide is indeed cowardly and embarrassingly silly, but it is no sillier or more cowardly than simply staying alive: we are animals driven by emotions whatever we do. This irrationality is one reason for why pseudo rational arguments such as when based on the purportedly great value of life, do not help suicidal people. And people who argue like that do not truly want rationality either. A rational person with moral values who wants to kill herself may decide to take a bunch of bad people with her, thus starting a killing spree reserving the last bullet for herself. Surely, that is not what the suicide hotline counselor has in mind.

Big changes are usually not a practical alternative. Moreover, not even small changes can be made, because we know, and this is part of the depression, that we won’t change, that people almost never change themselves consciously in deep ways. Expecting that nothing will change, that again and again still in years to come we will be realizing to have had no substantial change, no improvement, suicide is taken as the practical way out.

I refuse to find much wrong with this! I refuse to tell the depressed that he is all wrong and should simply snap out of it. I know how to talk to somebody like that 34 year old. He is not stupid and wants to be taken seriously, his perspective is a valid view. Yes, indeed, suicide is a way out. It was my way out, too!

Notice that time is an important issue here, for example the absence of a fixed length of time, a certain period that can be easily considered. The depressed mind often considers an ongoing dread with no end in sight. That is why I gave myself a certain time window, namely from 34 to 43.

Death is your best friend; many wise understood this, and many who understood this, obtained wisdom through this understanding. And therefore, I turned to him, to death, to suicide at 43. I knew that this may help to change me, because from then on, with only just above eight more years to live anyway, much like with the few remaining years of a terminally ill person, the unimportant is actually, practically rejected. I am dead in a few years – why should I worry about all that which makes me unhappy? With death close by, what makes life bearable or even worth living is no longer something left for after retirement, postponed until the time is ripe, which usually is never. Change is easier, it is basically automatic in the face of impending death.

With suicide thus accepted, and change thus enabled, these two, suicide and change, are no longer opposites, not mutually exclusive choices. Suicide and change become each other, because the deep change I desire involves the killing of parts of myself, my desires, my delusions, the killing of much if not almost all of what I identify with, my self-identification, my self  –  thus, “suicide”, the killing of my self myself. For example, meditation can be seen as a way of killing my incessant inner voice.

And so, over the years, I have made suicide an important topic for me, not just because it is an increasingly important topic anyway, but in order to kill myself. And now, I have changed through that, I have killed that 34 year old, because he was unfit for living, not worth even to him himself.

Now, the 43 year old is something different, something the 50 year old will perhaps describe as utterly mistaken, still or again, when he finally shoots himself perhaps. Do not exclaim “Halleluiah, he has overcome that evil disease of suicidal ideation.” Nonsense! I am standing on the ledge; the view from here is something to behold – perhaps life is only enjoyable right here on the ledge, at least for me.

What parts of myself did I kill? I am now able to seriously argue that almost everything I say is wrong and misleading. Actually, I chickened out and embarked on a ridiculous tour de force of rationalization. I merely got older. Otherwise, I am the same, a coward who now deludes himself in slightly more sophisticated ways, making a big deal out of his obsessions along the way, even just another pathetic wannabe smartass on the internet, trying to cash out on emotional coming-outs and deservedly failing. But watch this pretentious, narcissist gesture of pseudo-intellectual meta-meta level overreach:

Precisely, I say, precisely! The guy who refused such charges is dead; death gave him the strength to kill himself, and being dead gives his remains the strength to fear no more  –  this is the truth also of those holy men.

Should I Kill Myself?

A Deadly Proof Is Published - Is Your Mind Stable Enough To Read It?

Is The Perverse Antisocial The Price For Peace?