Howard Blume over at “looseendsdotme” in Assisted Suicide for Jumpers provides us with a strange article on my Suicidal Philosophy (which is as yet largely unpublished for reasons that should be obvious).

I am not sure what Howard Blume’s aim is nor why the article is often so centered around me personally.  It seems that he believes that I am mostly correct but address the wrong crowd in ways that are either merely useless or even bad.  He seems to complain that Suicidal Philosophy is not helping those confused on the edge, those who threaten to jump, but Suicidal Philosophy is not directly addressed at those.  Suicidal Philosophy and rational suicide (especially the concept of Global Suicide as a rational, self initiated switching-off of an advanced society that is integrated enough to count as a single super-organism) is addressed at, for example, the depressed, who may end up confused on the edge of a roof because they find nobody that helps them to rationally think about existential concerns like suicide, who accepts their perspective on suicide as being a perspective that one can have without being all silly and wrong.

Suicidal Philosophy helps to cope with existential anxieties and to embrace life via amor fati, calming, Zen-like enlightenment that is scientifically and philosophically mature!  If such should lead to suicide, then that is how it is, and any critical philosopher will only deny such truth under threat of consequences inflicted by a society evolved for its own survival disregarding the comfort of its participating individuals. 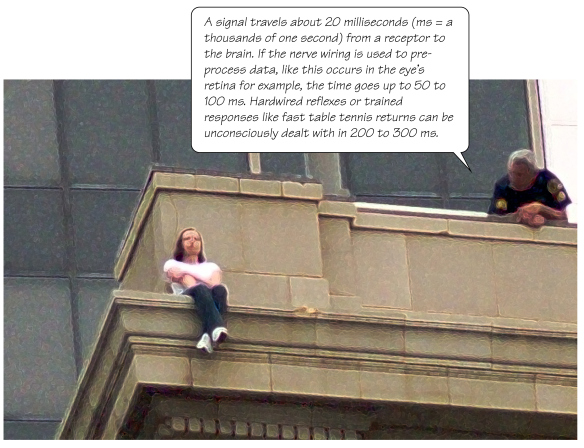 Let me give short answers to Howard’s misrepresentations and what seem to be charges against my work and me, or at least misinterpretations; I expect that Howard will agree that he simply got my writing somehow at the wrong angle for a moment (and thank you Howard for that cute picture with the cop citing my article to a jumper - loving it).

I won’t go into all tiny details like the little kicks in the nuts starting with “nano-quantum-blackhole-obsessive-compulsive thinker” – hey, I mean, yes, that is one possible perspective, namely advanced thinking or even fundamental science as mere ‘ultra profoundness’ obsession and thus pathological thinking (I agree).

To further alleviate any misgivings a jumper might harbor Sascha cites: “The fear of dying involves fearing pain and plainly fearing fear. Anybody who has ever endured a panic attack or so called horror trip will fear this ‘fear of fear’.”

No – it is not “to further alleviate any misgivings a jumper might harbor”.  I wrote it in order to take the fear out of the thought process, in order to facilitate rationality when thinking about these topics, and I escape the charge of pushing a disturbed potential jumper over the edge, because those jumpers that hesitate out there on the edge already are not the ones who first study philosophy real quick or who already studied my work!

To begin with: 1. Fear of fear is a misnomer. When I felt a sudden rush of blood to my face and head after over indulging on the fleshy steak-like chunks of the delicious shelf fungus ‘Chicken of the Woods’ I had a panic attack — not because of my fear of fear — I thought I poisoned myself. “Fear of” is about fear of something causing fear. 2. Jumpers don’t have a fear issue.

1) Panic attacks, which usually come without warning, lead to the constant fear of having another attack at any time, and once you had a bad trip, the next ones are more likely to be bad too, because you start out with a tense setting being anxious about that the (known to be otherwise groundless) fear will set in again.

Many indeed fear the fear and thus trigger the fear– such is the perverse irony of life.  Howard is right about that fear is always of something causing fear; here the something that causes fear is the potential fearing.

2) That jumpers do not have fear issues is firstly wrong and moreover beside the point, again because I do not address the potential “Jumpers” who already stand at the open window.  I address, for example, the educated guy who has a hard time dealing with the horrors of society and who is going to blow his brains out if one more moralizing, obviously hypocritical pamphlet from a suicide hotline and their often badly hidden religious or political agendas is the last straw on the camel's back.

Those who choose jumping from heights to end their life aren’t about to consult Wikipedia on the Philosophy of suicide.

Precisely, Howard, thank you for this, because this is the significance of Suicidal Philosophy as opposed to the usual philosophy of suicide:  The latter addresses nobody, neither those on the edge of the wall nor those on the edge of thinking, when people increasingly conclude that suicide is a viable option!  It always is for modern, educated, rational people, the type that may read Science 2.0, and we want to be talked to like adults, not like misbehaving children that should stop thinking about naughty stuff.

Howard then cites Scott Anderson’s “The Urge to End it All”:

What makes looking at jumping suicides potentially instructive is that it is a method associated with a very high degree of impulsivity, and its victims often display few of the classic warning signs associated with suicidal behavior.

Precisely!  Those who usually jump are impulsive; they have not thought it through, therefore you see them often just climbing out on the fourth or fifth floor right after an argument in the living room perhaps, which is insufficient height for killing yourself.  Such is not suicide but a scream for help.  Again: Those Jumpers that irrationally climb on the edge are not the audience.

Howard writes then something that is more dangerous and careless than anything that I have written about suicide – this circumstance supports the value of a more rigorously scientific approach like Suicidal Philosophy demands:

Six meters above ground is moot. Either way, at 6-meters or at “thud” the jumper will experience an immediate drop in transmission  — no pain to the brain — brain death — a no brainer.

No!  If you jump from insufficient height, you will have a very bad time perhaps for many years to come.  On the wide spectrum between being crippled on one hand versus the movie simply ending six meters above the ground on the other, there are all kinds of painful scenarios possible; “no pain to the brain” is not a “no brainer”!

Indeed, if the brain would work, as some have wondered in discussions below the articles on related issues, by complete and conscious simulation to forecast future (something prohibitively calculation intensive and unnecessary), it would be completely wrong to say that the brain does not experience the pain!

Howard then seems to be somewhat amused about my affiliation with the Lifeboat Foundation, perhaps partially because Global Suicide is the very opposite of what the Lifeboat Foundation desires.  I accepted the Lifeboat Foundation’s invitation to join after having openly expressed strong feelings about joining any platform that at least certainly seems to be largely about self-promotion, especially as there are even obvious pseudo-scientists on those boards (not something I enjoy being seen with, though then I am here on Science 2.0, ha ha).

I joined the advisory boards tentatively for now nevertheless because of the open answer that was given to me nevertheless, accepting my concerns, and I find it impressive, role model like behavior seen too seldom when any institution or group invites the active participation of somebody who doubts or opposes their position!  Such is a mature attitude to criticism; an attitude which is increasingly lacking from the scientific community for example!

After all, Lifeboat Foundation is doing precisely what Suicidal Philosophy scoffs at, namely holding on to the belief that anything advanced is still bogged down with a fundamentally pointless desperation about the evolved urge to maximize physical time or the amount of experiences that will be forgotten, worrying about deciding inside a thereby totally unaffected totality of what is possible (think quantum modal realism if you demand sciency sounding stuff).

I am affiliated with groups like the IEET not because I share their ethical stance, just as much as I am not eating a diet that increases the probability of a long life in order to live long; or think about suicide in order to shorten lifespan.  I do all these because I believe that they improve my and others existence right now, that they may improve the quality of our last days, even if the last days date is not affected.

After all, that 'today is my last day' is possible.